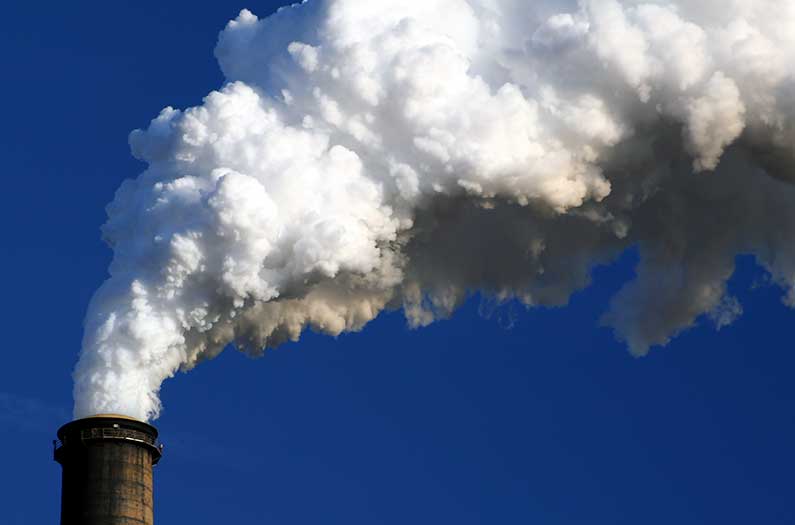 To keep excessive carbon dioxide from trapping heat in the atmosphere and wreaking havoc on Earth’s climate, capture the gas where it’s produced and keep it from reaching the atmosphere. Sounds simple enough, right? In reality, capturing the greenhouse gas from smokestacks requires significant amounts of energy.

A new electrically powered method presented in the journal Nature Energy can significantly lower the energy cost of capturing carbon and simplify the process. The strategy also produces carbon monoxide, which is a useful chemical that can be used as a feedstock to make fuels, plastics, and other valuable products. “Our method offers a path to upgraded products while significantly lowering the overall energy cost of combined capture and upgrade, making the process more economically attractive,” said Edward Sargent, an electrical and computer engineering professor at the University of Toronto, in a press release.

Sargent and his colleagues wanted to pursue a more direct path to electrochemically convert the carbon dioxide into chemical products. Such an electrolysis process, which involves applying an electric field to the capture solution via electrodes, would be simpler and could be powered using renewable energy, they say.

Others have tried direct electrolysis of amine–carbon dioxide before, but the efficiency of the process has been low. Plus, the products obtained at the end are usually carbonate salts or other carbon-based compounds that do not have high industrial value.

The Toronto team found that adding positive ions of alkali metals—such as the elements lithium, sodium, and potassium—to the amine–carbon dioxide solution enhances the process. Alkali metals are all shiny, soft, highly reactive metals. Their ions get adsorbed on the electrode and create a layer that boosts electrolysis reaction rate, and hence the efficiency.

So the researchers simply added a common chemical, potassium chloride, to the solution, and optimized the process. Their system not only had a record-high efficiency of 72 percent, it converted the captured carbon dioxide to carbon monoxide.

The researchers were also able to separate and recycle the amine solvent. They now hope to improve the process further so it can be used on a commercial scale.