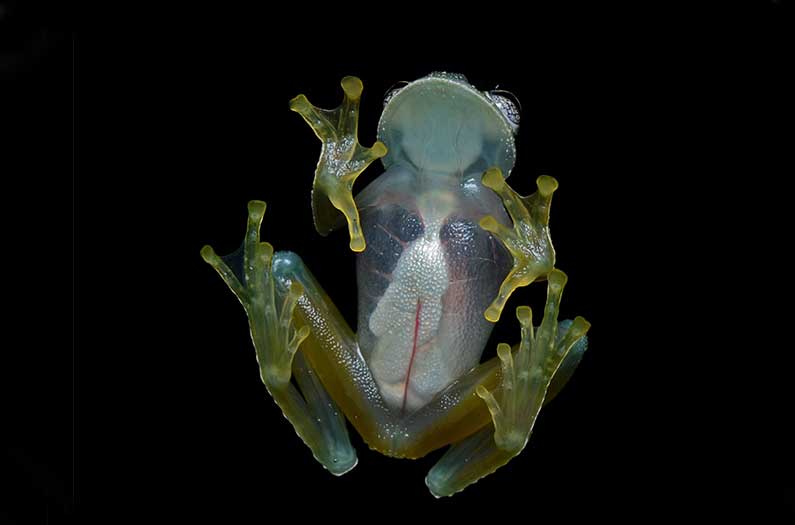 If you remove frogs and other "mosquito-reducers" from the landscape, what happens to malaria rates?
By Cara Giaimo
December 23, 2020

As we’ve learned the hard way this year, our health is intertwined with the health of other animals. SARS-CoV-2, the coronavirus that causes Covid-19, probably jumped to humans from bats, potentially by way of a secondary host and perhaps via a wildlife market. The disease has “demonstrated in a dramatic way the interdependence between species,” says Joakim Weill, a PhD candidate in environmental economics at the University of California Davis.

But even sicknesses that seem to have nothing to do with people can affect us, plucking a strand of the ecological web and causing a ripple that reverberates across taxa. A study by Weill and others, recently presented at the American Geophysical Union Fall Meeting, describes a link between amphibian die-offs and human malarial infections in several parts of Central America, providing an example of “the often hidden human welfare costs of conservation failures,” the authors write.

Batrachochytrium dendrobatidis, or Bd, is a highly contagious fungus that infects the skin of amphibians, blocking them from breathing and eventually killing them. Ponds hit by Bd are quickly choked by belly-up frogs. It is so deadly and so easily spread that it has caused the extinction of an estimated 90 species, and reduced the populations of another 124 species by over 90%. This makes it “the most destructive pathogen ever described by science,” as the biologist Wendy Palen put it in an article last year. One study traced its emergence to Korea in the 1950s, after which humans spread it across the world.

Malaria, meanwhile, is a disease caused by a single-celled Plasmodium parasite and transmitted by mosquitos. It kills hundreds of thousands of people every year and sickens millions more, mostly in equatorial countries. Vaccines for it are few and not particularly effective, and preventative medicines are expensive and can come with difficult side effects, so the best anti-malarial strategies involve reducing contact between people and mosquitos, often through nets and insecticides.

Frogs and other amphibians are great mosquito-reducers. If you remove a huge number of them from the landscape, what happens to malaria rates? To investigate, researchers cross-referenced dates of Bd-driven amphibian decline in different parts of Costa Rica and Panama with changes in malaria incidence in those same places. Bd swept across these two countries over the course of about twenty-five years, starting in northwest Costa Rica and progressing south and east. They found that, generally, around a year after Bd entered a county, malaria cases began to increase. They continue to rise for two years, then stay at that higher level for six more, before beginning to attenuate 9 years after the fungus arrived.

“For the six years our estimated effect of amphibian decline is at its highest, the annual expected increase in malaria ranges from 0.76-1.0 additional cases per 1,000 population,” they write, which makes up “a substantial share of cases overall.” (This rate of increase in Costa Rica’s capital, San Jose, would translate to 1000 more cases there.) Higher temperatures and reduced tree cover were also associated with increased malaria cases, although to a lesser extent, and other mosquito-borne diseases saw similar trends, they found.

While it’s possible that something besides a causal relationship could explain these numbers, it is “extremely unlikely,” the authors write. (The paper has not yet gone through peer review, so outside researchers haven’t weighed in.)

The notion that all species are connected can seem abstract or even fanciful. Knowing that a fungus kills an amphibian that would otherwise eat an insect that harbors a single-celled parasite that sickens humans makes it all much more concrete — and maybe more urgent, too, especially when considered alongside this year’s events.

“The results in our paper suggest that some policies, such as amphibian conservation policies or the regulation of wildlife trade, could have benefits for human health which are not currently accounted for,” Weill says. “I expect that more people will start looking into these questions, not necessarily because of our paper, but because of COVID-19.”