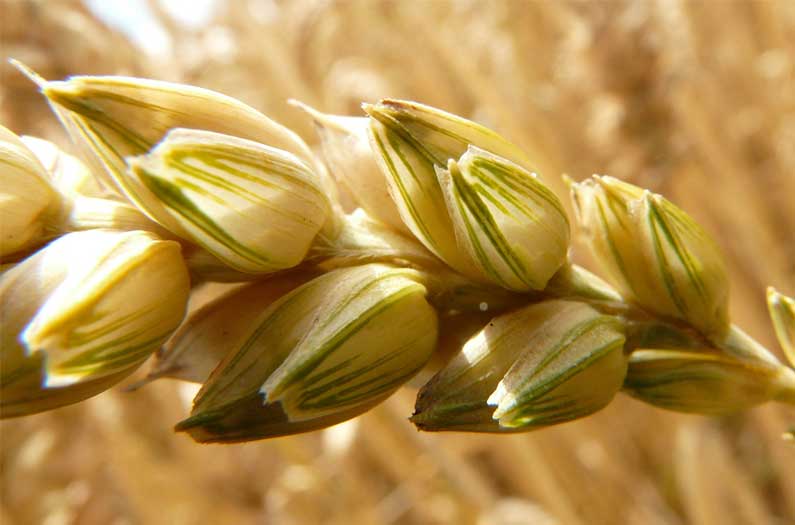 A protein commonly found in wheat is the key to making larger-grained plants that boost yields by 12%
By Emma Bryce
December 4, 2020

Researchers have discovered another tool to add to the arsenal, in the longstanding quest to increase crop yields in our rapidly changing world. Their new contribution is a genetic tweak that makes wheat plants produce bigger grains, significantly increasing the yield of this globally important crop.

Wheat currently provides about 20% of the calories and protein in human diets, and yet despite this importance, production has been steadily declining since the 1960s. Increasingly, researchers are having to find creative ways to up the ante on crop yields, not only to make up for this lost production, but also as part of the solution to the food security pressures caused by a growing world population, and the added stresses of climate change.

In this latest study, led by the Austral University of Chile and the University of York, an alteration to the makeup of wheat plants made them produce much chunkier grains, which grew in size from between 10%, to a striking 33%. Overall, these juicier kernels boosted the production of wheat plants by 12%, a figure that could help to plug a gap in global wheat yields, if applied across vast swathes of cropland.

What’s more, the larger-grained plants still had just as many grains as regular wheat plants: that’s important because prior research has shown that there’s usually a trade-off between these two factors. Previously, “different attempts to increase yield by improving grain weight were neutralised by lower grain numbers,” says Daniel Calderini, a professor at the Austral University of Chile, and co-author on the study along with his colleague, professor Simon McQueen Mason from the University of York. In the new research, however case, that trade-off is absent: the kernels were larger but just as numerous as in regular wheat plants—meaning, definitively, that the plants were producing more food.

Increasing the yield of staple crops might also have wider benefits – beyond food security – on the sustainability of farming itself. If farmers can produce more yield per area, it could help to reduce the inputs (fertilizer, pesticides, water), and therefore some of the environmental costs associated with farming. “This is a safe and environmentally friendly way to increase wheat yield, because will improve efficiencies like nitrogen use – the kilogram of yield per kilogram of fertilizer – and also water-use,” Calderini says.

Read more:  Here’s a way to make dust fly off the surface of solar panels—without water

Most research into wheat yields up to this point has actually focused on increasing the numbers of grains per head, so this study is slightly unusual in its focus on the individual grains themselves. The researchers’ curiosity about a particular protein in wheat plants, called expansin, gave them the cue that this might be a good route to follow.

The protein is found in plant cell walls and is known to trigger changes in the growth and development of grains. These proteins seem to work by loosening the bonds between elements of the cell wall, which allows it to ‘relax’ and expand. In their study, researchers selected one particular type of expansin that’s usually prominent in plant roots, and then created transgenic wheat plants where it was expressed specifically in the cell walls of developing grains—leading to enlarged kernels.

A significant benefit of the discovery is that it was made in the real world conditions of the field: the results were taken from wheat plants that had been planted at high densities on plots of farmland in Chile. This makes the benefits more directly relevant and convincing to farmers.

That’s important to the researchers, who are now working on getting their discovery into the field. Next, they’ll be exploring whether their intervention works in other cereal crops, and will be investigating whether the transgenic wheat plants hold up under the pressures of climate change, Calderini explains. “We hope this research lays the foundation for an increase of wheat yield, and maybe other crops.”

Ultimately, no single discovery like this will be a panacea, of course. But, it does gives us another tool for the toolbox that is making our uncertain future look at least a little more sustainable and food secure.

Source: Calderini et. al. “Overcoming the trade‐off between grain weight and number in wheat by the ectopic expression of expansin in developing seeds leads to increased yield potential.” New Phytologist. 2020.