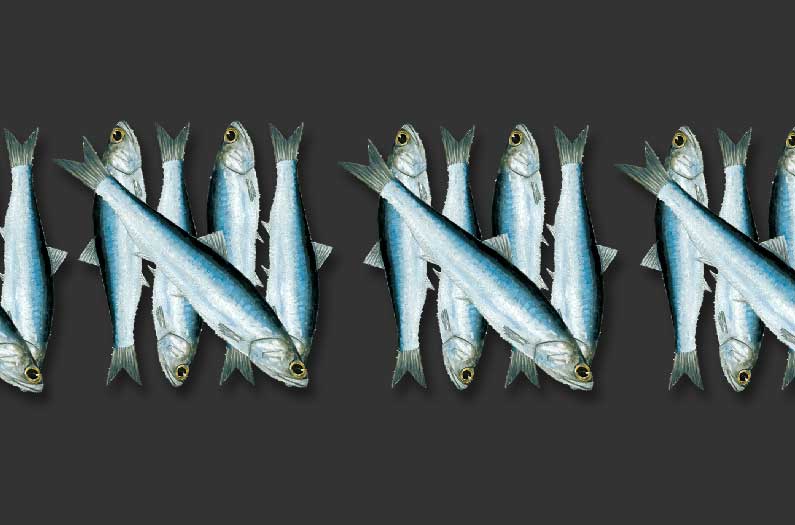 Researchers are getting closer to an answer—and improved management—by identifying the DNA traces that fish leave behind in seawater
By Emma Bryce
December 11, 2020

A liter of seawater might not look like much to the naked eye. But examine it at the microscopic level, and it explodes with information, revealing remarkable clues about the ocean it was extracted from: it can tell us how many fish are there, the diversity of those species, and even provide insights about how climate change and overfishing might be impacting their health.

All these clues arise from minuscule traces of DNA that are sloughed off in seawater from the bodies of fish as they swim by. And now, a new study shows that examining seawater samples for these genetic clues works just as well in assessing fish population sizes and diversity, as traditional catch surveys – a much more time-consuming process whereby boats capture fish and haul them up to the surface to be counted by hand.

The new sampling method could, by comparison, be a much more efficient and less costly way to assess the sustainability of fish stocks.

The researchers on the new study—published in the ICES Journal of Marine Science—launched their seawater sleuthing off the coast of New Jersey in the United States, over a period of 11 months (to account for seasonal fish migration). They took one liter water samples at specific locations just before traditional boat-based surveys commenced, so that they could effectively compare results from the two methods. Then they analysed their samples for environmental DNA – known as ‘eDNA’, the name for those telltale traces left behind by the animals that inhabit an ecosystem. Once they had these fragments, they matched them up against existing databases that revealed which species they belonged to, a process called DNA ‘barcoding’.

When they tallied up the species identified in those seawater samples, the researchers found that they showed similar levels of diversity to trawl surveys. In fact, they captured between 70 and 87% of all species, and up to 100% of common species, that were reflected in the results from trawls—meaning that effectively, the simpler seawater method works just as well.

By relying on the high density of invisible genetic traces in seawater, this method is also incredibly efficient: the study showed that DNA contained within just one litre of seawater can reveal as much information about species richness and biomass as a trawler that samples the equivalent of 66 million liters of water with its fish-catch surveys.

This isn’t the first time eDNA has been used to identify fish species in the ocean. But it’s the largest study to compare eDNA to traditional trawl surveys, and so it’s the most convincing evidence so far of how robust this method can be.

It also proved that eDNA sampling is significantly less costly, in terms of money, labour, and time. To get these results, the researchers only needed to carry out one water-sampling test for every four trawling surveys. And of course, the samples themselves are much, much smaller and easier to manage than hundreds of captured fish. Overall, the cost of running these experiments would be thousands of dollars cheaper than conventional boat-run surveys.

As well as this, the non-invasive seawater sampling measure is a lot less stressful for fish, who are saved from being hauled up out of the sea.

But this doesn’t necessarily mean seawater samples will become a substitute for trawling surveys. Combining the two methods can strengthen and confirm the results, and furthermore, while there was a high degree of overlap between the species each method identified, both picked up on species that the other hadn’t—so there’s a benefit to combining the two, the researchers note.

One unique advantage of the technique is that it makes it easier to take samples in places where trawling may be difficult. “I expect eDNA will rapidly become a stand-alone technique in areas that can’t be surveyed by other methods, for instance in and around wind farms,” explains Mark Stoeckle from Rockerfeller University; he’s of the original pioneers of the DNA barcoding technique, and lead author on the study. In this way, Stoeckle says, eDNA sampling can help to increase the area of ocean that is surveyed.

That’s important, because fuller assessments of the density and diversity of fish populations can help detect declines in fisheries, which might make it easier to pinpoint and respond to the cause—whether that’s overfishing, development, or larger scale climate changes.

“The main benefit is a more accurate picture of ocean life,” says Stoeckle. “Current ocean surveys are limited by cost and accessibility, so surveys are relatively sparse and some regions are not surveyed at all,” he explains. “eDNA will help us effectively manage the growing human impacts, including from fishing, shipping, wind farms, oil and gas extraction, aquaculture, and recreational activities.”

On the other hand, surveys can also provide evidence that conservation measures – like marine protected areas or fisheries restrictions – are working, by tracking increases in fish numbers and diversity over time.

When it comes to conservation, knowledge really is power—and this simple technology could be just what’s needed to draw back the cover on the ocean’s mysterious depths. As the researchers write in their study, “eDNA makes the ocean a sea of biological information.”