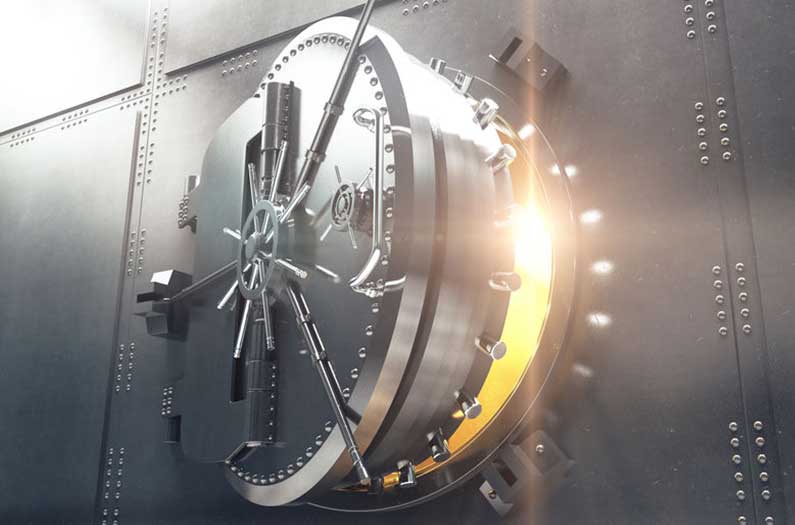 Thin coatings of the material could soak up sun in summer months and provide heat to buildings in winter, all without using fuel or electricity
By Prachi Patel
December 10, 2020

The shift away from fossil fuels towards renewable energy is going to have challenges. Probably the most important one is to store the energy from intermittent sources such as solar and wind. A new material with properties that allow it to capture and store solar energy for months at room temperature could be the answer. The material can release energy in the form of heat when needed.

Coated on homes and buildings, the material, reported in the journal Chemistry of Materials, could stow heat from the summer sun for use in the winter months. Or it could lead to a battery-like heat-storage system, but one that does not need electricity or have any complicated mechanics.

Storing solar energy will be critical if it is to be used on a large scale. One way to do that is to store the electricity produced by solar panels in batteries. But batteries tend to be expensive and impractical for remote or under-developed regions. Storing the sun’s energy in fluids through changes in chemical bonds can be more compact and inexpensive.

The team from Lancaster University chose to study the energy-storing potential of a type of material called a metal-organic framework. These are solids with highly organized crystalline structures. They are extremely porous so they can hold other molecules. Researchers have been investigating these materials for uses such as storing hydrogen or cleaning up oil spills.

The Lancaster team used an MOF made previously by Japanese researchers. The pores of the MOF contain azobenzene, a carbon-based compound that is excellent at absorbing light. Azobenezene also has properties that allow it to switch between shapes when exposed to an external stimulus like heat or light.

When the researchers exposed the material to UV light, it absorbed energy, changed shape and held that new shape, much like a coiled spring holds energy. Applying external heat triggers it to release this energy and go back to its original shape.

While other similar light-responsive materials store energy for a few days, the researchers’ tests showed that this material stores it for four months. And they estimate that it could store energy for four and a half years.

Plus, the MOF is chemically stable and should be easy to store or convert into coatings that could go on structures. “It also has no moving or electronic parts and so there are no losses involved in the storage and release of the solar energy,” said John Griffin, senior lecturer in materials chemistry who led the study, in a press release.

The researchers now hope to improve the concept by exploring other MOF framework materials and light switches. “We hope that with further development we will be able to make other materials which store even more energy,” Griffin said.