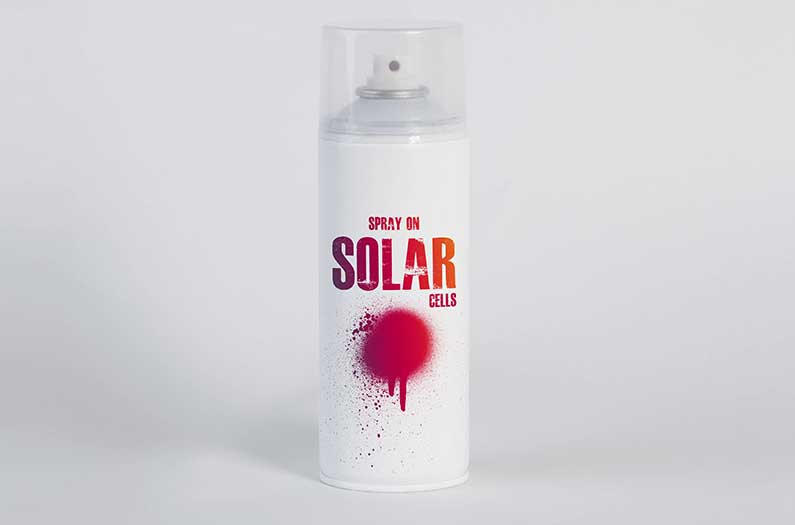 Solar cells that sit atop roofs and on vast solar farms are made of silicon. But a new type of solar cell, made of materials called perovskites, that is on the horizon promises to be more efficient and cheaper.

Researchers have now found a way to make such perovskite solar cells at speeds of up to 10 meters a minute, about four times faster than it takes to manufacture a silicon device. This is a significant step towards helping perovskites vie against silicon and make them more commonplace.

Perovskite solar cells, which are made from cheap, abundant materials, were first reported in 2009. Since then, their efficiencies have quickly soared from under 4 percent to over 23 percent, a pace unheard of in solar technology that gets them close to silicon’s 25 percent efficiency. But for all their promise, they have one big limitation: they can degrade in air and humid air, making them difficult to manufacture at large scale.

In the new manufacturing technique, reported in the journal Joule, researchers at Stanford University can quickly spray-coat large areas with perovskite solar modules in open air. The process uses a single step and relies on a machine with two nozzles. One nozzle sprays a solution of a perovskite precursor onto a glass pane, while the second nozzle one ejects a burst of a highly reactive gas called plasma, which rapidly converts the liquid into a thin perovskite film.

“Conventional processing requires you to bake the perovskite solution for about half an hour,” said lead author Nicholar Rolston in a press release. “Our innovation is to use a plasma high-energy source to rapidly convert liquid perovskite into a thin-film solar cell in a single step.”

The spray-coated cells had an impressive efficiency of 18 percent. The researchers also did a cost-modeling analysis which showed that the new manufacturing method had the lowest cost of any solar technology. Their model estimated that the spray-on perovskite modules could be manufactured for about 25 cents per square foot. That’s a tenth of the cost of producing a typical silicon module.

By slashing manufacturing cost, the technique would allow perovskites to compete with Si-based photovoltaics for utility-scale power generation, “providing momentum toward wide-scale commercial deployment for perovskites,” the researchers write.

Preliminary stability tests showed that unencapsulated modules sat on a shelf for five months with minimal degradation in a dry environment. But for commercial use, the modules would have to withstand the elements for at least a decade. The team plans to do further aging tests in the field, and is exploring encapsulation technologies and other ways to improve durability.