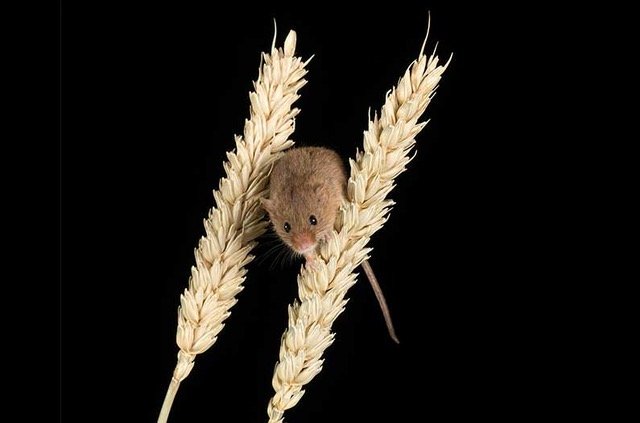 Alternatively, researchers found, if we don’t change our food systems, habitat losses will affect tens of thousands of species by 2050
By Emma Bryce
January 8, 2021

As populations grow and food demand goes up, agricultural expansion is set to usurp several million square kilometers of wild habitat across the planet by 2050. According to new research, the fate of almost 20,000 species—birds, amphibians, and mammals—hangs in the balance.  Because if we don’t slow agriculture’s spread, almost 90% of those will lose habitat to farming in the next three decades.

And yet, a sequence of sustainable changes to our food systems could almost completely eliminate this species impact by 2050—while also providing the world with a healthy diet.

The group of international researchers on the new Nature Sustainability study gathered historical data on agricultural land use change, and paired it with projections on future diets to estimate land use patterns up to 2050. This was overlaid with information about the habitat needs of almost 19,859 terrestrial vertebrate species that occur near agricultural regions on the planet.

The result was a detailed geographical model showing where future agricultural growth would decrease wild habitat—and the extent to which that would occur. This revealed that if we don’t change anything about the way we farm, there will be a 26% increase in global farmland area by 2050—a scenario in which a startling 88% of those 20,000 species will lose at least some of their habitat to agriculture.

Most worryingly, about 1,280 species are projected to lose more than a quarter of their habitat by 2050. About 347 would lose half. The majority of those species currently aren’t classified as threatened, meaning they aren’t explicitly protected by conservation measures—which could have grave effects on their survival in decades to come. Overall, only 6% of the almost 20,000 affected species would experience an increase in habitat, and most of those lucky few are bird species that could survive on farmland.

But despite the dire outlook, the study says we could do an almost complete U-turn on this fateful scenario—if we revolutionize the way we eat and farm. That would hinge on four highly ambitious changes to our food system: we’d need to close yield gaps, make a global transition to healthier, plant-based diets, halve food loss and waste, and improve land use planning at the global scale, to reduce competition between food production and habitat protection.

If we combined these changes to our food systems all at once, it would result in enormous land savings: by 2050 we’d reduce farmland by 3.4 million square kilometers, compared to 2010 levels. With this sustainable new agricultural regime, habitat lost to farmland would drop to a mere 1%, or less. Under that scenario, only 33 species globally would be expected to lose more than a quarter of their habitat—compared to the 1,280 that would be left compromised, if agriculture continued its unhindered spread into the future.

In some places, the bulk of this benefit could be brought about with just one key change. In sub-Saharan Africa for example, low yields are the main cause behind expanding farmland. So, ramping up yields in this region could be the swiftest way to curb habitat destruction. In wealthy nations, dietary shifts away from meat and dairy and towards more plant-based foods could be one of the most reliable ways to limit the expansion of livestock pasture, and therefore limit the destruction of habitat.

In other words, healthier and more sustainable diets go hand-in-hand with reduced land use and greater biodiversity across the planet. And all the while, we’d still be able to produce enough food to feed humanity.

The study isn’t the first to show the power of diets and farming to harm or protect biodiversity. And no one’s pretending that reforming our food systems is simple, or even possible in the short term. It’s a complex ambition involving many caveats and varying national interests.

But the advantage of this study is that it brings a much higher level of detail to this question than others before it have done. The researchers mapped land-use change at an unusually high resolution of 1.5 square kilometers, measured every five years across their dataset: this created a granular view of change at hyperlocal scales, which is what helped them understand how individual species would be affected. Having such intensely detailed information about agriculture’s planetary impacts will become increasingly essential, if we’re going to have a shot at doing something about it.

What’s more, the results will carry special weight this year. In 2021, the Convention of Biological Diversity will update its targets for global biodiversity conservation, which could be an opportunity to recognize agriculture and global diets as a powerful part of the solution, the researchers suggest. “If we make ambitious changes to the food system, then we can prevent almost all these habitat losses.”