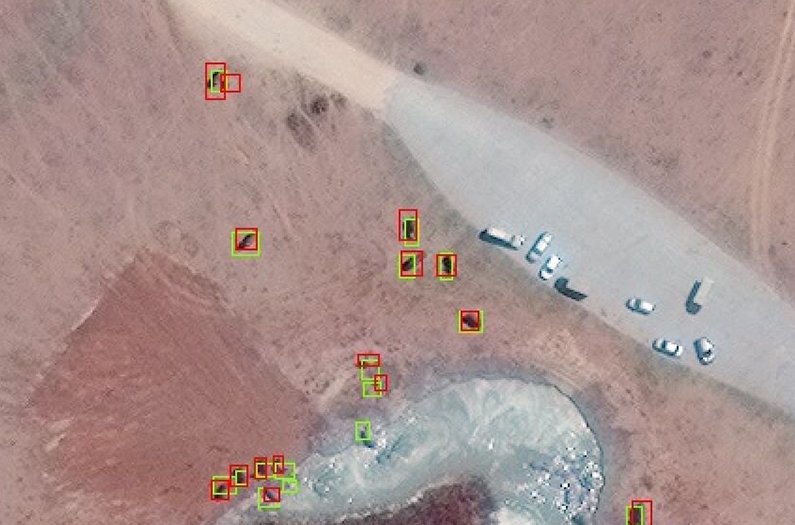 Elephants inhabit complicated and changing landscapes—and they have a knack for covering themselves with mud. Machine learning solves the problem.
By Berly McCoy
January 27, 2021

It’s tough to protect an animal population you can’t monitor. But techniques like aerial counting are prone to human error, expensive and time consuming. Now, for the first time, a team of researchers has harnessed machine learning to count African elephants from space with impressive accuracy.

In a recent paper in Remote Sensing in Ecology and Conservation, researchers report using a computing system called Convolutional Neural Networks (CNN) to automatically count the elephants from satellite images. The method is much less labor intensive and more reliable than aerial counts. “Machine learning has become a new essential tool used by ecologists to detect wildlife in imagery,” write the authors.

To date, researchers have used machine learning to count a small handful of threatened species in satellite images, like albatrosses and seals. “This type of work has been done before with whales, but of course the ocean is all blue, so counting is a lot less challenging,” said Olga Isupova, computer scientist at the University of Bath and co-author of the study, in a press release. Because of the complicated and changing landscapes elephants inhabit, and their knack for covering themselves with mud, counting them is trickier. But with the development of CNN technology, researchers are pushing the limits of machine learning capabilities.

To program the CNN to detect elephants, the team first had to “train” the system using satellite images of elephants. They chose images taken in Addo Elephant National Park in South Africa between 2014 and 2019 by WorldView‐3 and WorldView‐4—satellites that capture some of the highest resolution imagery commercially available. The researchers choose images from different seasons and years in a range of habitats, from dense shrubland and forests to grassland and bare land.

The team then tested how accurately the CNN program could detect elephants in the park against human volunteers screening the same images. The two detected elephants at similar rates: the CNN correctly identified elephants 75 percent of the time whereas the human volunteers were successful 78 percent of the time. The true number of elephants was determined by two expert annotators. When the CNN’s detection was tested outside of the park, the accuracy dropped to 57 percent, which the authors write could be improved with a small amount of training data.

One big challenge for detecting animals using this method moving forward is acquiring a large enough dataset to “train” a CNN, but crowdsourced labelling platforms like Zooniverse and Amazon Mechanical Turk are promising tools. The authors conclude that “using high resolution satellite imagery as a wildlife surveying tool will inevitably increase in the future as image resolution improves and costs fall.”