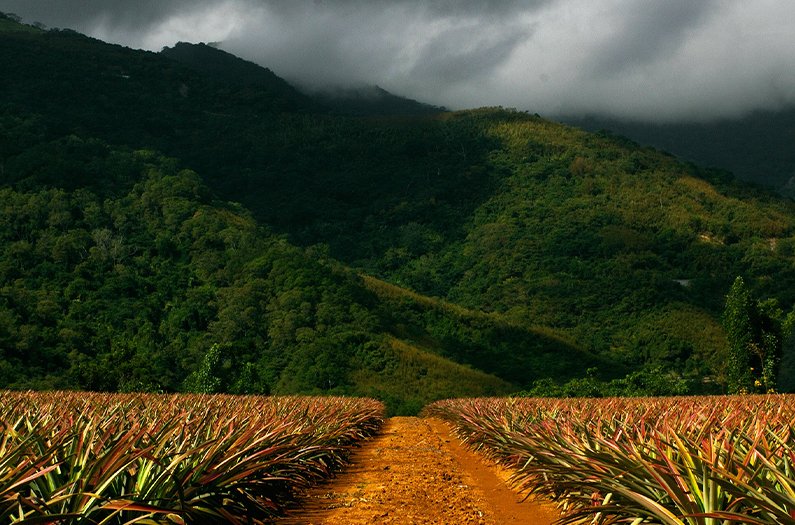 A study finds that crops occur in every category of protected habitat on the planet, making up 6% of all conserved land
By Emma Bryce
January 22, 2021

Agriculture has many wide-ranging impacts on our planet—but we tend to imagine protected areas as pristine zones, untouched by its effects. However, a new study turns that belief on its head, showing that even in heavily conserved wild habitats, croplands can be detected as part of the landscape.

Protected areas cover about 15% of the planet’s surface, reveals the new study, led by researchers from the University of Maryland and the University of Tennessee in the United States. Yet, the authors discovered that of the world’s 24 million square kilometres of cropland, about 1.4 million occur in those protected areas. All told, this means that active croplands actually make up about 6% of all protected lands.

These are striking figures, considering that we assume conserved lands are completely shielded from human impact. And with croplands expanding globally, their presence in wild areas represents a threat to vital conservation efforts going forward, the researchers warn.

But how did farming become a part of these landscapes in the first place? The researchers, who relied on fine resolution global aerial surveys to make their discoveries, found that in many cases, the presence of cropland predates the establishment of the protected area, and has simply been allowed to continue once the conservation area was closed off around it. In other cases, cropland has snuck into protected areas after they’ve been set up. In some instances that may have been motivated by disagreements over land rights, the study’s authors point out.

In any case, cropland is now so widespread that it occurs in every category of protected land described by the International Union for the Conservation of Nature (IUCN). While the majority of those 1.4 million square kilometers of encroaching cropland exist on lands that are at the least regulated end of the IUCN scale, about 22% of it occurs in the most strictly protected conservation areas—and disproportionately in areas intended to protect rare and threatened species, the researchers found. Alarmingly, in some conservation categories, agriculture actually takes up a larger share of the land than the protected wild habitat does.

Most intrusive cropland occurs in northern latitudes, specifically in Europe. Surprisingly, the majority was found in countries that have lower income inequality, and which are described as ‘food secure’—suggesting that infringement on protected areas isn’t driven by a need for calories. Instead, this may be explained by the fact that the majority of the conservation-encroaching cropland in Europe occurred in older protected areas that were already established by 1975—meaning it existed before these conservation areas were drawn up.

In other regions of the world like Asia and Africa, cropland occurs comparatively less in protected areas. But nevertheless, it may have worse effects since these tropical zones are more biodiverse, and populated with more rare and threatened species. So naturally, encroaching cropland in these environments will do more harm.

Whichever way you look at it—whether cropland was there first, or snuck in later; whether it’s in Europe, or Asia—the fact is that using up land intended for conservation has the same harmful end effect, the researchers explain. When we count cropland into our estimates of protected areas, it leads to a warped idea about how much ‘untouched’ land there really is on Earth—and, crucially, how well it’s functioning to protect the biodiversity that’s essential for the planet’s health.

In other words, we may be putting our faith in conservation areas that aren’t as protective as we believe. As the study’s authors put it: “Those calling for significant expansion of protected areas likely are not envisioning that cropland is one of the major habitat types that would disproportionately benefit.”

Is there a way out of this impasse? The researchers offer some broad brush suggestions.

In regions that are relatively untroubled by food insecurity, like Europe, governments could look at gradually rewilding and restoring conserved areas, they argue. In countries where people grow crops within protected areas in a bid for food security, that may be a cue to better manage protected areas going forward, to try and balance nutritional needs with nature conservation itself.

Where cropland is deeply embedded, one solution might be to integrate it with wild lands—potentially even transforming cropland into legitimate habitat. There are already great examples of this from the likes of Costa Rica, which has doubled the country’s forest cover in a few decades, partly by combining cropland with agroforestry—and with huge benefits for biodiversity.

With the results of their study, the researchers argue overall, that measuring conservation impact by land area is becoming outdated. What we need are more realistic and inventive ways to accurately measure conservation’s protective value in our changing world, they say. That, and reinvention of the way we farm and distribute food, to slow the steady march of agriculture into the planet’s last remaining swathes of wild land.