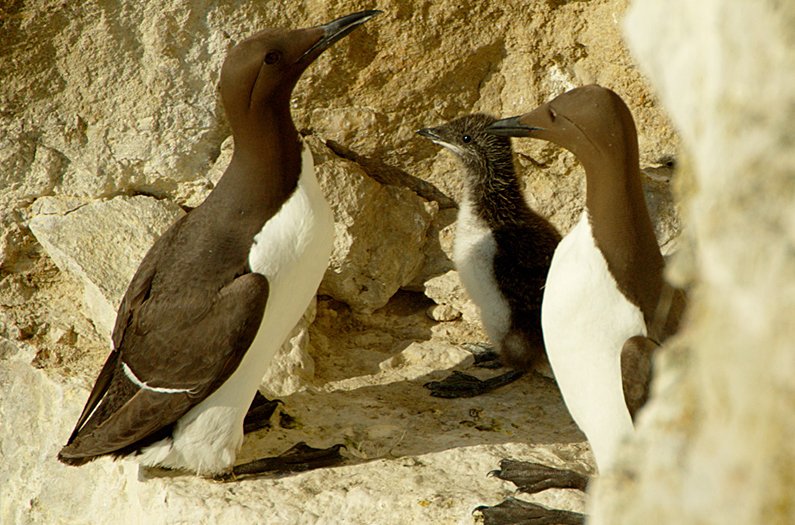 After a Sweden company shut down tourist traffic to a bird watching island, an influx of eagles wreaked havoc on the murre breeding season
By Berly McCoy
January 20, 2021

For a seabird trying to breed, eagles can spell trouble, either through direct attacks or by flushing seabirds off of their nests. But common murres in the Baltic Sea may have an unexpected ally—traveling humans.

During the 20th century, population numbers of white-tailed sea eagles plummeted, largely due to potent pesticides in their food source. But increased monitoring and conservation efforts have led to their booming return and with it, their ability to disturb seabirds during breeding season.

But it seems before Covid-19, human presence was keeping the eagles at bay on one Swedish island. According to a new study published in Biological Conservation, tourism traffic to Stora Karlsö has kept eagle activity down until the global pandemic shut down visitation. “The common murre population studied here has been growing rapidly since the 1970s and this is the first season of widespread breeding failures we have observed since we started field work in 1997,” write the authors.

The team of Swedish researchers used a publicly available national biodiversity database to count the number of sea eagles that moved into the area in 2020. They also used videos from the 2019 and 2020 breeding seasons to count how often a group of murres retreated from their breeding ledges, most often in response to a nearby eagle. They wanted to know how these flushes affected the murres’ breeding activity.

Compared to the previous ten years, eagle traffic around the island soared by 760 percent with the 92 percent decrease in human visitors. In response to the influx of eagles, the researchers counted a jump in the number and length of time murres were flushed from their nests. Video footage showed temporarily abandoned nests were predated by gulls and crows and flushing often caused eggs to fall off the cliff. Overall the influx of eagles led to a 26 percent drop in murre breeding performance compared to the previous decade, the result of both a decrease in breeding attempts and in breeding success. This drop in breeding performance put the murres below the necessary threshold to sustain a colony long term.

Moving forward, the authors highlight the importance of a “social-ecological systems perspective for conservation,” indicating that human presence may be one way to protect other vulnerable seabird populations in the future. But first they need to determine if murre populations rebound once the tourists come back, a welcome occurrence for both people and the seabirds.