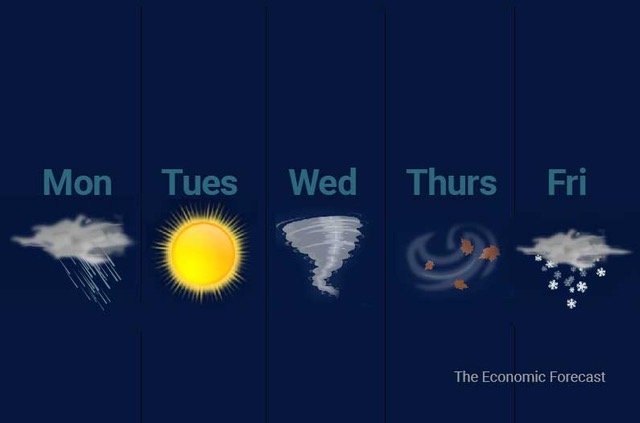 Weather extremes can pack an economic wallop – as seen with last week’s frigid weather in Texas and other weather disasters over the past several years. But subtler forms of unpredictable weather can also have economic effects. Increases in day-to-day temperature variability from one year to the next inhibit economic growth, according to a new study.

“This is another important demonstration that climate is important for the economy and that climate change should therefore be taken seriously by those who are concerned about the economy,” says Maximilian Kotz, a graduate student at the Potsdam Institute for Climate Impact Research in Germany and lead author of the study.

The finding rests on 40 years’ worth of data. Kotz and his colleagues gathered temperature and precipitation measurements for locations around the world from 1979-2018. They calculated how each day’s temperature differed from that month’s average, then averaged the monthly temperature variation across the year. In essence, this provides a picture of when and how much temperatures diverge from seasonal expectations.

The researchers paired these climate figures with economic data from 1,537 regions (states, provinces, or the equivalent) in 76 countries – 29,000 comparisons in all. What they found is a new twist on the old observation that markets hate uncertainty: Each extra degree Celsius of day-to-day temperature variability reduces regional growth rates by five percentage points on average, the researchers report in Nature Climate Change.

The pattern is seen across economic sectors – agriculture, manufacturing, and services – and can’t be explained by annual average temperature, precipitation, or the number of extra hot days, the researchers say.

Wealth provides some buffer, too. “Marginal losses from an increase in day-to-day temperature variability are generally larger for regions in low-income nations compared with those in higher-income nations, with the difference being more pronounced in higher-latitude countries,” the researchers write.

Until now, most research on climate and economic impacts has looked at annual average temperature and the number of heat stress days. The new study suggests an additional source of climate vulnerability – one that falls most heavily on low-income, tropical nations that are already known to be more affected by other sources of climate stress and one that could therefore increase global inequality.

It’s not yet clear whether day-to-day temperature variability is likely to increase with climate change. “Surprisingly this has been a fairly under-studied aspect of climate change,” Kotz says. “Our current work shows that addressing this question is of vital importan to understanding the costs of climate change.” The team has been working on this analysis, he adds, and aims to publish their findings soon.