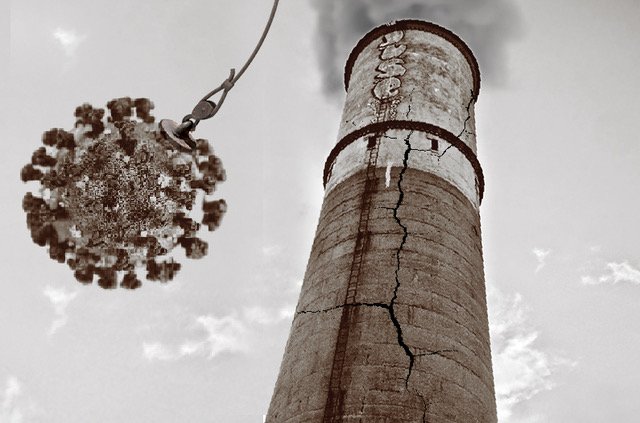 The pause of 2020 enabled low-carbon power growth to get ahead of electricity demand growth
By Sarah DeWeerdt
February 16, 2021

The coronavirus pandemic has triggered a decline in global carbon emissions. That’s been clear since the middle of last year, and part of the reason is obvious: lockdowns and economic contraction mean reduced demand for electricity.

But a new analysis reveals that there’s also a subtler mechanism at play in the power generation system. The proportion of electricity generated by burning fossil fuels, especially coal, has decreased as a result of the pandemic.

“This illustrates the opportunity for fast and strong emissions reductions which are possible in power generation, and the fragile market position of coal power generation, which makes ongoing investments into this technology very risky,” says Christoph Bertram, a senior scientist at the Potsdam Institute for Climate Research in Germany and one of the authors of the new study, which appeared February 8 in Nature Climate Change.

Bertram and his colleagues gathered data on global power generation, carbon dioxide emissions, and economic activity from published sources. For example, data on the fuel mix used for electricity generation in India, the United States, and Europe, three markets that together accounted for about one-third of global carbon emissions from power generation in 2019, show that monthly electricity demand decreased by up to 20% due to the pandemic, while carbon emissions from the power sector decreased by up to 50%.

Carbon emissions declined more sharply than overall electricity generation because fossil-fuel-based power plants are cheap to build but expensive to run, so when demand drops they go offline first. Meanwhile, renewable and nuclear power plants are expensive to build but cheap to run, so owners tend to keep them generating electricity even when demand is low.

Coal generation has declined even more than natural gas generation – a somewhat unexpected result, because natural gas generally costs more than coal. But the broad collapse in fossil fuel demand (and therefore prices), higher costs of mining and transporting coal, and European carbon pricing all contributed to the disproportionate decline in coal-based generation.

Overall, global carbon emissions from electricity generation were 6.8% lower in 2020 than in 2019, the researchers estimate. That’s a sharper decline in power emissions than a couple of previous studies have calculated. Those studies assumed that the carbon intensity of power generation or the power intensity of fossil fuel power generation would remain constant, so they didn’t account for the fall of coal that the new study identified, Bertram says.

“This by itself does not change the general statements about the negligible long-term effects of 2020’s emission reductions itself on climate change and resulting temperatures, which remain valid,” Bertram says. Still, he says, “the events of 2020 could accelerate transformation trends in the power sector, and thus enable faster emission reductions in that sector than previously anticipated.”

The team’s analysis suggests that global power system emissions may never again reach their 2018 peak. Basically, the pause of 2020 enabled low-carbon power growth to get ahead of electricity demand growth. As long as that pattern continues in the future, then the share of fossil electricity generation will decrease and total emissions will remain below 2018 values.

Of course, none of this is a foregone conclusion. Carbon pricing will be a key mechanism to ensure that the rosy scenario the new analysis suggests actually comes to pass. “The crucial reason why pricing carbon is so important is that it sends an important price signal throughout the economy,” Bertram says. “Without carbon pricing, there is the distinct risk that successful mitigation in one place or sector incentivizes more emissions in other places or sectors, as the prices for fossil fuels drop.”