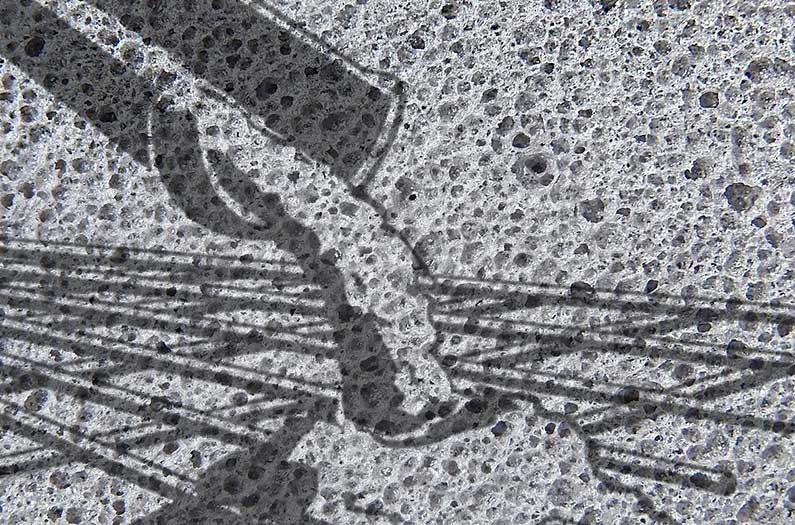 One tiny ingredient could make the most used construction material in the world more sustainable
By Prachi Patel
February 18, 2021

Concrete, the most widely used material in the world, has come under scrutiny recently for its large carbon footprint. But concrete also has a natural ability to soak up carbon dioxide from the air over its lifetime, albeit very slowly.

A new concrete recipe developed by Purdue University researchers can double this carbon-absorbing speed. The key ingredients in the new formulation are tiny nanoscale particles of titanium dioxide, which is also used in sunscreens and paints.

The world produces about 30 billion tons of concrete a year. The ubiquitous building material is a mix of sand and gravel glued together by a paste of cement and water. Manufacturing cement, which requires heating limestone to scorching high temperatures, produces an estimated 8 percent of global carbon emissions.

Researchers have been investigating various ways to make concrete more sustainable. Options include cement alternatives, including some that contain living materials, and also capturing carbon dioxide from other sources and using it to make cement. Another idea is to boost the amount of carbon dioxide concrete sequesters through chemical reactions; right now it can absorb up to a quarter of carbon released during its production.

Civil engineering professor Miran Velay-Lizancos and her team were studying how titanium dioxide nanoparticles added to cement can make the resulting concrete stronger. In the process, they discovered that the nanoparticles also makes the concrete more efficient at absorbing carbon dioxide. Their results are published in the journal Construction and Building Materials.

Adding more titanium dioxide sped up this absorption, but only up to a certain percentage, after which the uptake reduced. This percentage, the team found, depends on the water-to-cement ratio and the age of the cement paste when it is exposed to carbon dioxide.

That’s because the titanium dioxide particles have two contradictory effects. They decrease the porosity of the concrete while also making the calcium hydroxide in the material more reactive, which have contradictory effects, reducing and increasing carbon dioxide absorption, respectively. Meanwhile, the water/cement ratio and exposure age respectively influence the amount of calcium hydroxide and the porous structure of the concrete.

The results show that using the right amount of titanium dioxide in cement could double the amount of carbon dioxide concrete naturally sequesters in the same amount of time. “We can’t wait decades for concrete to absorb the carbon dioxide produced in its manufacturing process,” Velay-Lizancos said in a press release. “My team is making the concrete itself absorb carbon dioxide faster and in greater volumes.”