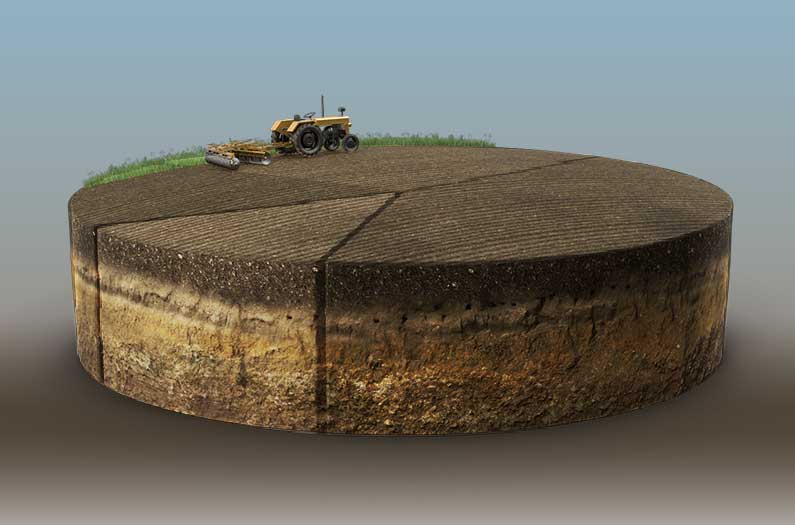 As the biggest source, land-based emissions are the most obvious candidate for mitigation—followed by others like refrigeration and plastic packaging
By Emma Bryce
March 19, 2021

Our food systems pump out one-third of global greenhouse emissions – 34% – every year, according to new research published in Nature Food. These results chime with the findings of several previous studies.

But what’s new about this most recent contribution is that it goes into intensive detail to build up a huge dataset that identifies the sources of those emissions across the whole food production and supply chain. For the first time, that’s enabled researchers to reliably pinpoint emissions by sector and country, revealing some surprising facts in the process – such as the rising contribution of refrigeration and plastic packaging on global emissions.

To produce their granular results, the scientists relied on two large, existing datasets: the Emissions Database of Global Atmospheric Research (EDGAR), produced by the European Commission Joint Research Centre; and data from the Food and Agricultural Organisation. Their primary reliance on EDGAR gave the new dataset its name: ‘EDGAR-FOOD’. The study covered the period between 1990 and 2015, and drew together estimates on several types of emissions across all forms of food production – crop and livestock farming, aquaculture and fishing. It also measured emissions across the entire food system, from land conversion and food production, to transport, processing, packaging, retail, and consumption beyond the farm gate.

The resulting database showed that by 2015, Earth’s sprawling food system was emitting 18 gigatons of carbon dioxide equivalent a year, which amounts to a third of total global greenhouse gas emissions.

Activities ‘before the farm gate’ – the actual growing of crops and rearing of livestock – produced the vast majority of those emissions, accounting for 71%. More than half of that – 39% – was generated by the production of food, and farming inputs such as fertilizers. Land-use change, which involves the conversion of wild land into farms, made up the remaining 32% of the 71% figure, manifesting in carbon loss from deforestation and the destruction of organic and peatland soils to make way for farmland. This indicates how much of the emissions challenge is embedded in the earliest stages of farming.

Meanwhile, the remaining 29% of food system emissions arose from sources not directly related to the production of food – but rather to transporting, packaging, selling, and disposing of it. What’s more, the analysis showed that this share of food-related emissions is going up. “Our data show an increasing significance of emissions from energy use, mainly post-farm gate, which shows the intricate link between the land and energy systems,” says Adrian Leip, a researcher at the European Commission Joint Research Centre, and co-author on the new paper.

Aspects of food production that typically don’t get much attention, like retail and packaging, were specifically flagged. By 2015, food packaging accounted for 5.4% of all annual food-related emissions, which makes the case for us to think beyond the ocean-polluting features of plastic packaging, in particular, to the emissions produced by these single-use items as well. Meanwhile, refrigeration accounts for 5% of all greenhouse gases from food systems – and as cold-chain technologies spread, that figure is expected to increase.

The dataset showed large variability in emissions contributions along national lines, as well. Overall, about 27% of food-related emissions came from wealthier, industrialised countries, which could be traced back mostly to post-farmgate stages like processing and food waste. The bulk of emissions – 73% – arose from developing countries, and was attributable mainly to agricultural production and land-use change.

That’s backed up by the fact that most land conversion for food production is currently occurring in developing countries. Though it’s important to recognise that a large share of those land-derived emissions is associated with production of food for consumption in wealthier, industrialised countries – which implicates them in these emissions as well.

When emissions were viewed through the lens of individual countries, the trends shifted again, revealing a mixed bag of top-emitting nations: China, Indonesia, the United States, and Brazil.

Previous studies had only “estimated food system emissions at the global level,” says Leip. So by providing these multiple new layers of detail, and over an expansive period, the new study has been able to do something that others before it have not, which is drill down to the specific drivers of emissions in food sectors and countries. In doing so, it also highlights multiple pathways for how we could reduce the planetary impacts of food.

As the biggest source, land-based emissions are the most obvious candidate for mitigation, the researchers emphasise, and the dataset provides yet more evidence that reducing deforestation rates, and increasing sustainable farming methods, like soil conservation, deserve our attention. But Leip also thinks the processes that unfold beyond the farm gate – from transport, to refrigeration, and packaging – are important areas for decarbonisation and improved energy-efficiency, especially as the evidence suggests those emissions sources are currently going up.

“Any policy decision requires a good and robust evidence base,” says Leip, and the new dataset gets us a little closer to being able to make more informed decisions about how to bring emissions down, for the sake of our food systems and the planet. “Our hope is that EDGAR-FOOD will be helpful in identifying where action to reduce food system greenhouse gas emissions is most effective.”