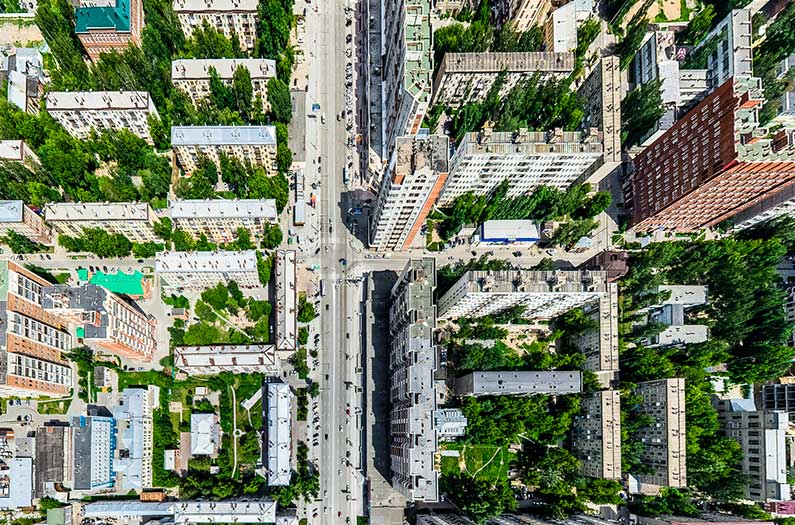 Researchers measured the potential of 1000s of cities to offset their carbon emissions by reforesting. Prospects are greatest in smaller cities and in the Global South
By Berly McCoy
March 3, 2021

In attempts to prevent global temperatures from exceeding two degrees Celsius, environmentalists are trying to pack some of our atmospheric carbon away in storage. One way to do that is to plant more trees. And while rural areas may seem like the most obvious places to do the planting, researchers have found that cities could have a substantial amount of “reforestable” land too.

Because cities have limited space that may not be suitable for reforestation, their potential to help curb emissions on the global scale is often overlooked. And a lack of scientific research on the topic has added to the uncertainty. To fill the gap, authors of a recent article published in Environmental Research Letters show that some urban areas can offset a significant amount of their greenhouse gas emissions by reforesting areas covered in shrubs or grass.

The study assessed the carbon sequestration potential of more than seven thousand cities around the globe. Using land cover data from 2017 and forest regrowth predictions, the research team estimated the amount of suitable land that cities have available for reforestation, and how big of a dent doing so could put in carbon emissions.

The researchers found that urban areas—defined as having 50 thousand people or more—have the potential to offset 82 metric tons of carbon equivalents each year, or about 1 percent of the total emissions from cities. While this amount is starkly lower than the potential of rural areas to offset emissions through reforestation (1,600 metric tons of carbon equivalents each year), it’s not insignificant. The potential effect was much higher for 1,189 mostly small cities, which could cut their emissions up to 25 percent through reforesting. The study also showed that 77 percent of the reforestation potential is in the southern hemisphere, likely because the majority of urban land mass is located in the Global South.

While reforestation efforts in urban areas could have a significant effect on reaching carbon sequestration goals, the authors urge that the decision to reforest is a local one, as each city will have its unique cultural, socioeconomic and ecological considerations. But it’s clear that while any reforestation attempts will require thoughtful planning, the authors write that because cities have the concentrated human, financial and political resources, they are better positioned to undertake resource-intensive projects. “Urban natural climate solutions should find a place on global and local agendas.”