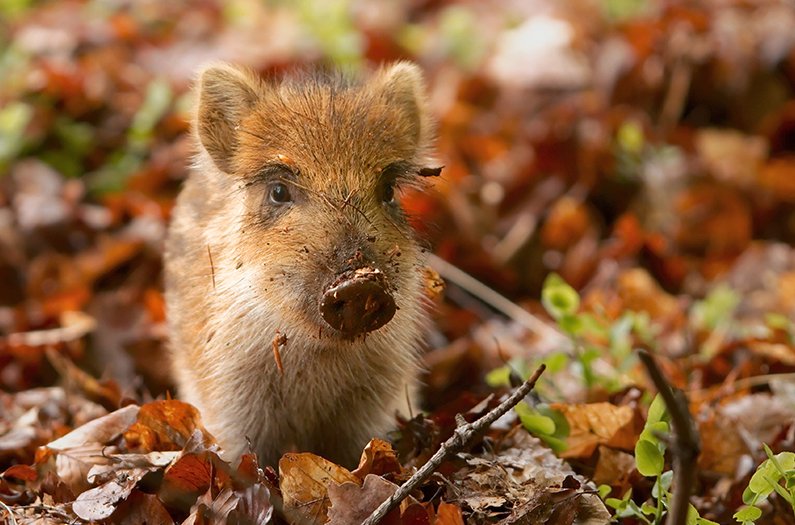 Some wild pigs, contrary to their reputation, benefit rainforests

Wild pigs—also known as feral swine, wild hogs or feral hogs—are best known for rooting, trampling and wallowing, behaviors that are usually associated with destroying ecosystems. But a new study offers a silver lining: some wild pig nesting behaviors are having a positive effect on forest health.

“We’ve shown that wild pigs can support higher diversity ecosystems and are not just nuisances and pests, thanks to a beneficial effect of their nesting practices,” says Matthew Luskin, lead author of the study and conservation scientist at The University of Queensland, in a press release. In the work published in Proceedings of the Royal Society B, Luskin and co-authors show that as pigs build their birthing nests, they kill off abundant, dominant tree seedlings, but often leave rarer local species undisturbed. The disproportionate damage increases overall tree diversity.

The researchers chose to study a tropical rainforest preserve in southern Malaysia where, because of adjacent farm land, native pig densities are abnormally high. While other studies have investigated how mammals’ ability to disperse seeds contributes to biodiversity, few have examined what role wildlife trampling or plant consumption might play. Outside of domesticated animals, wild pigs have the largest ranges on earth of any terrestrial mammal, so their potential effects on forest biodiversity could be widespread.

To determine which tree saplings pigs uproot during nest building, the team tagged close to 35,000 saplings on a 22 hectare plot of land. Over the five-year study period, they excavated 1,672 saplings from pig nests. Then they compared the species composition of the nest-incorporated saplings to the diversity of the study area.

Although the pigs caused an unsustainable 62 percent decrease in the overall density of saplings, the decline didn’t affect species evenly. Nests more often overlapped with clumps of common sapling species, increasing their mortality. In areas where pigs nested, tree species evenness—a measure of biodiversity—increased 105 percent more than in sections of the study area without nests.

“You could consider pigs ‘accidental forest gardeners’ that prune common seedlings and inadvertently maintain diversity,” Luskin says. “In many regions, there’s a focus on managing overabundant pig populations to limit their negative environmental impacts.” But the new study results “suggest there may be some positives to maintaining pigs in the ecosystem.” However, scientists will need to address whether wild pigs in other areas, both invasive and native, have similar effects on forest biodiversity.