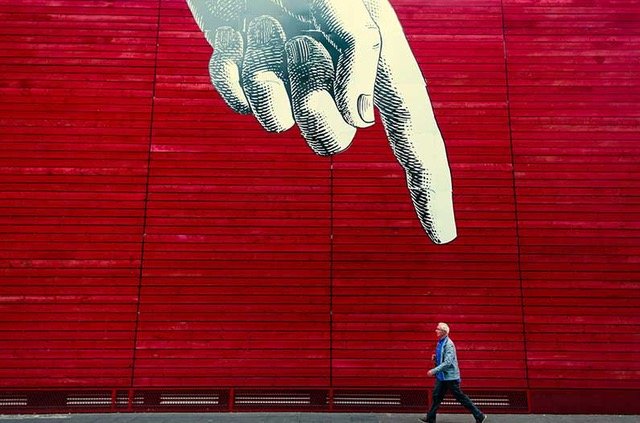 Newspapers in 4 countries agreed that humans are to blame for climate change, just not which humans
Australian media pointed at India and China; US papers focused on the country’s own responsibility; Indian media pointed to the Global North; and Nigerian news considered all countries equally responsible
By Sarah DeWeerdt
March 2, 2021

Newspapers in four different countries that span a wide geographic, income, and carbon emissions range tell stories about climate change that are shaped by the politics of each country, according to a new study.

Ranjini Murali of the Centre For Climate Change and Sustainability at Azim Premji University in Bengaluru, India and her collaborators analyzed newspaper articles on climate change published in the United States (the world’s #2 emitter of greenhouse gases), India (#4), Australia (#16), and Nigeria (#60). They assembled all of the articles published in 2019 on the topic of climate change from three of the largest English-language newspapers in each country. Then they randomly selected 50 articles from each paper for analysis, a total of 600 articles in all.

Reporting on scientific studies of climate change played the biggest role in Indian and U.S. media, the researchers report in Climatic Change. Reporting on climate events was especially common in Nigeria and Australia. A smaller number of articles covered climate activism and international climate meetings, or offered opinion and commentary on climate change.

More than 90% of articles in all countries acknowledged the existence of climate change and attributed it to human activities. However, the three newspapers chosen for the U.S. analysis were either centrist or left-leaning, and the lack of a right-leaning publication may have skewed these results, Murali says. (In the other three countries, newspapers were chosen from across the political spectrum.)

One of the most contentious issues in international climate negotiations is who should do the heavy lifting in emissions mitigation – broadly speaking, the Global North of wealthy nations that are responsible for most historical emissions and have high emissions per capita but are beginning to decarbonize their economies, or the Global South of emerging economies where per capita emissions are low but overall emissions are rapidly increasing, and low-carbon technologies are financially out of reach.

Although papers in all four countries reported that climate change is anthropogenic, they differed on exactly which humans deserve the blame. About 22 percent of all the newspaper articles specified responsibility for climate change, and papers tended to tell stories that let readers in each particular country off the hook.

Discover more:  Airplanes could cut emissions by being better wind-surfers

In the U.S. papers, many articles highlighted U.S. responsibility for climate change, but focused on how the Republican-led federal government was blocking climate action and the fossil fuel industry’s role in causing emissions.

In Australia, newspaper coverage often framed the country’s emissions as a small percentage of global emissions, arguing that changes in Australia won’t make much difference for climate change overall and pointing out larger total emissions from India and China.

Nigerian papers most commonly framed climate change as a global responsibility, but also emphasized historical emissions by the Global North and portrayed Nigeria as a victim of climate change that had contributed little to the problem.

The analysis yielded some evidence that media narratives can change over time: U.S. newspapers previously demonstrated less acceptance of the reality of climate change, and in Australian media the assignment of responsibility to Australia has increased over time, probably due to the severe brush fires in recent years.

“I think to report the reality of climate change, media members could focus more on scientific articles and narratives,” Murali says. “I think it’s also important to fact-check political discourses on climate change, to combat the spread of misinformation.”