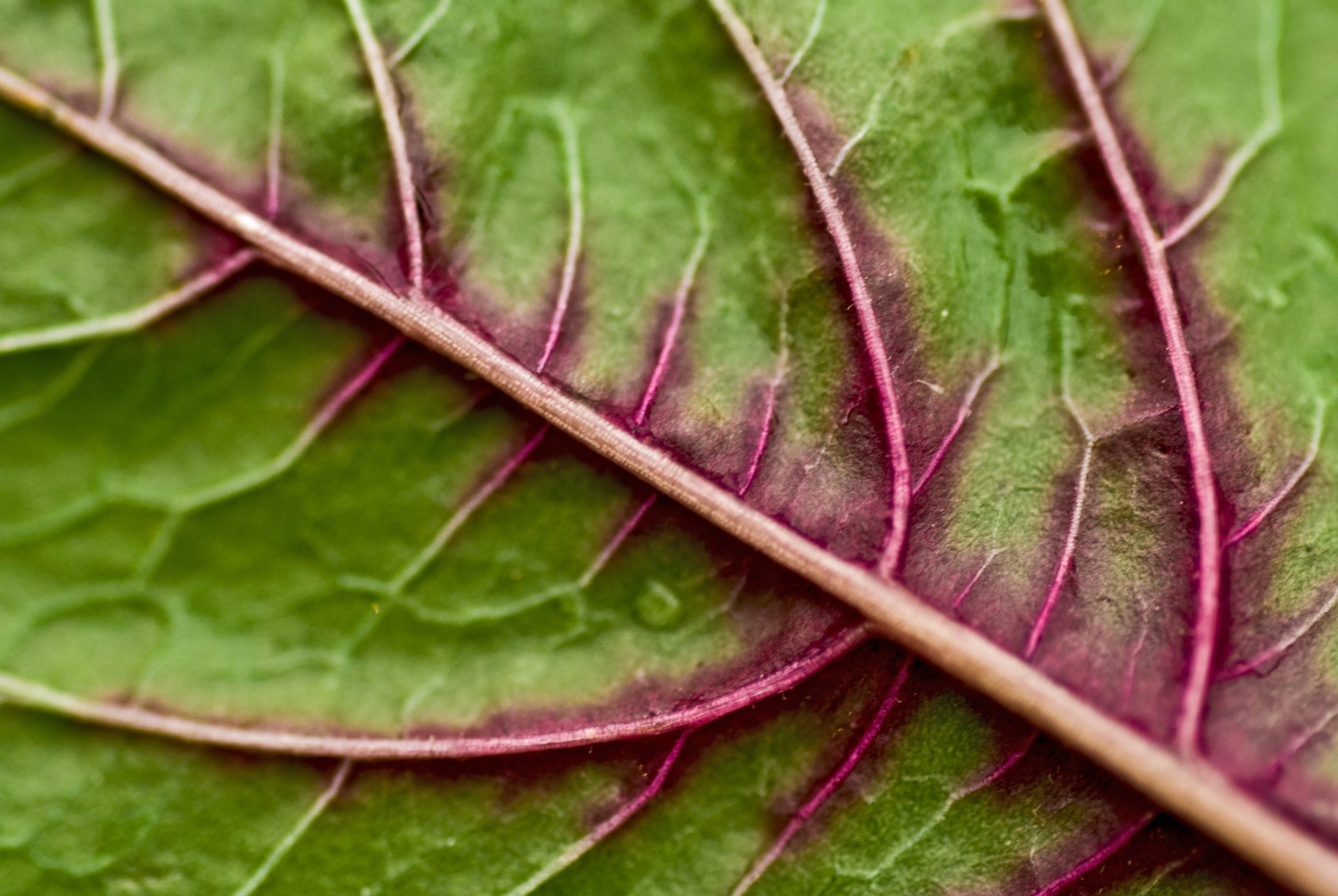 Decellularized spinach leaves are also a greener alternative to many current scaffolds for cultured beef
By Emma Bryce
April 30, 2021

The future of lab-grown meat might depend on . . . spinach leaves. Researchers have found a way to grow cultured meat cells on the veiny scaffolds provided by these salad greens—and they find that not only could the leaves make lab-grown products more realistically meat-like, but also altogether greener than many other alternatives.

Global interest in lab-grown meat is rising, as the world searches for alternatives to animal agriculture, which belches vast amounts of methane, and takes up swathes of the planet’s ever-decreasing arable land. Yet, one persistent challenge that scientists face in making this future food is building the scaffolds on which meat cells can grow. Crucially, these scaffolds need to replicate something akin to the vascular structure of natural muscle tissue, which distributes oxygen and nutrients to keep cells alive.

In the laboratory setting, within a petri dish, that means scaffolds need to be structured to enable an even distribution of the growth medium in which cultured cells float, so that they all get an equal share of the nutrients and oxygen that will keep them alive.

Previously, researchers have tried to do this using delicately 3D-printed scaffolds made out of gelatin, collagen, and other materials. But recently, spinach leaves have gained attention as an alternative, since they come with a ready-made filigreed structure that fairly closely mimics the vascular network of muscle tissue.

To expose this structure, the researchers on the new study ‘decellularized’ spinach leaves, using a treatment to strip them of their fleshy cells so that only the hardy veined network remained. Then they took muscle cells that had been isolated from cow flesh, placed them on the leafy scaffolds, and cultured them there. To compare the success of the spinach scaffolds, they also grew the cells on scaffolds made out of beef gelatin, a cultured-meat substrate that is already commonly used.

The experiment revealed that after a week, and then two, the spinach-bound meat cells not only grew, and spread, but remained 98% viable. In fact, there was almost no difference in the growth and survival rate of the cells that were harvested on spinach leaves, and those cultured on the gelatin framework. This suggests that the leaf structure supports cell growth in a way that mimics muscle in nature: by enabling cells to grow in a dense but spaced out formation, the veiny network enables the flow of media evenly between cells, so that they don’t starve or become deoxygenated.

These were positive findings—but why wouldn’t food scientists simply default to gelatin, as the tried-and-trusted scaffold that’s already being used to make lab-grown meat? As the researchers explain, the purpose of cultured meat is to counteract the environmental impacts of conventional meat, and yet gelatin is derived from beef, which defeats the point. The humble spinach leaf, on the other hand, is free of these concerns.

That said, there are other scaffolds being made out of plant-based products like algae. But the benefit of the spinach here, the researchers argue again, is that its scaffold structure is ready-formed. Combined with the abundance of these leafy greens, this reduces the costs involved in printing scaffolds, as is required with other types. Furthermore, spinach is edible, and it’s also familiar to consumers: compared to scaffolds artificially-formed from algae, or gelatin, there’s unlikely to be wariness over the consumption of this natural food. In other words, it’s less of a hard sell, which is helpful in a product that probably already faces the hurdle of skeptical consumers.

There’s still plenty more research to be done, for instance on how to successfully incorporate other cell types—like fatty cells that impart texture and flavor to meat—into the spinach leaf matrix. Another line of investigation is how to stack spinach leaves to create a scaffold that can mimic the density of something like a steak, the researchers say.

But in the meantime, the findings identify a viable scaffold alternative, that could in turn make farmed meat alternatives a viable addition to a more sustainable future. “These results suggested that decellularized spinach is a cost efficient and environmentally friendly scaffold, that can potentially accelerate the development of laboratory-grown meat,” the researchers write.