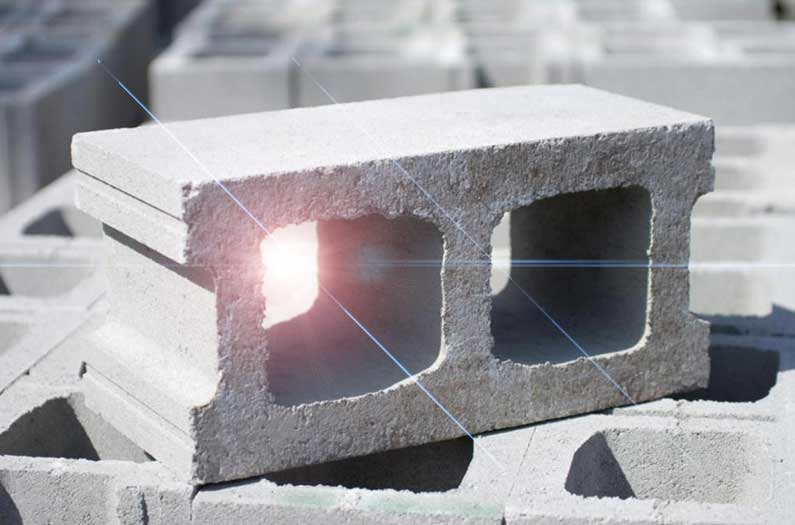 Coupled with solar power, this new technology could provide lighting for skyscrapers and power for infrastructure monitoring systems, among other energy needs.
By Prachi Patel
May 20, 2021

Researchers in Sweden have come up with a clever way to store energy in cement that could turn entire buildings into batteries. The advance, reported in the journal Buildings, could be a way to reduce the carbon footprint of future infrastructure.

Buildings are some of the largest energy consumers in the world. Globally, they use over a third of all energy and account for 40 percent of carbon emissions, according to the International Energy Agency. With a warming climate, air-conditioning will likely increase the carbon footprints of buildings.

Meanwhile, the construction of concrete jungles in developing countries is skyrocketing, and the cement used to build them carries its own immense carbon emissions problem.

The new cement battery is a way to make buildings self-sufficient and sustainable. Imagine storing large amounts of solar power in the building’s walls and roofs to then provide lighting and other energy needs when the sun is not shining.

“It could also be coupled with solar cell panels for example, to provide electricity and become the energy source for monitoring systems in highways or bridges, where sensors operated by a concrete battery could detect cracking or corrosion,” said Emma Zhang, a researcher in the department of architecture and civil engineering at Chalmers University of Technology, in a press release.

Zhang and her colleague Luping Tang started with a cement-based mixture. To it, they add carbon fibers that make the material tough and conductive. Then they embedded electrodes in the material: one electrode is made of a metal-coated carbon-fiber mesh with iron for the anode and the other with a nickel-coated mesh.

Researchers have tried to make cement batteries like this in the past, but those devices have been able to store about ten times less energy by weight. The energy density of these new batteries is still very low compared to commercial rechargeable batteries. But the enormous volume the battery would offer if used to make buildings, bridges and other infrastructure would make up for that limitation. Plus, they do not use materials that are toxic, expensive, or have risky supply chains and ethical mining issues, something that has plagued today’s popular battery technologies.