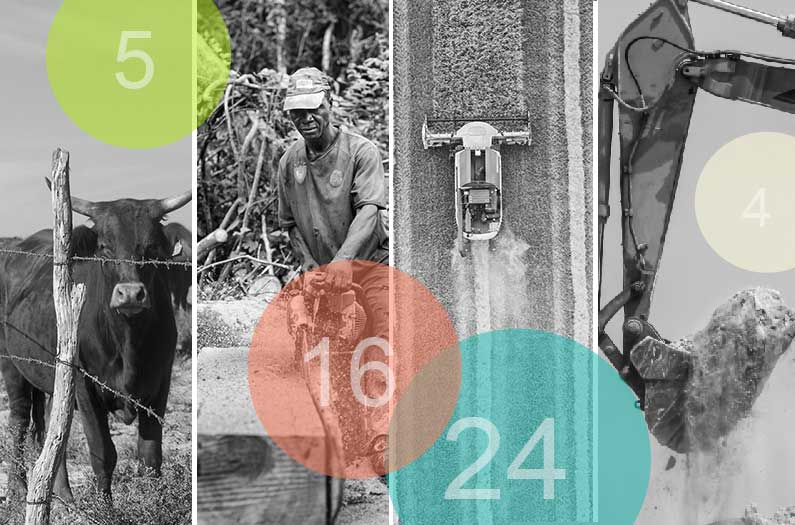 The STAR metric shows how much a given action can prevent biodiversity loss. The higher the score, the higher the potential to reduce extinctions
By Berly McCoy
May 12, 2021

In 2010, the Convention on Biodiversity proposed a list of 20 targets aimed at preserving global biodiversity—from increasing public awareness to preventing species extinctions. The targets were part of the Strategic Plan for Biodiversity 2011–2020. But of the 20, none were achieved by the deadline. To meet the forthcoming 2021-2030 iteration of the targets, authors of a recent study in Nature Ecology & Evolution have proposed a tool that assigns value to extinction prevention efforts in the hopes that governments, communities and private interest groups can work together to protect biodiversity.

The tool—called the Species Threat Abatement and Restoration, or STAR, metric—determines how much a given action can help reduce a species’ extinction risks. To build the tool, the team of more than eighty international researchers compiled publicly available data on extinction risk categories for amphibians, birds and mammals as well as the actions threatening their existence, for example, logging and hunting. Then, the team scored countries on the potential for biodiversity mitigation action. The higher the score, the higher the potential to reduce extinctions. The tool is the first of it’s kind to provide a common measurement across species for how contributions from governments, local communities or private sector groups can prevent biodiversity loss.

The research team first calculated STAR scores based on the types of threats species face. They found that a range of activities could drive substantial reductions in extinctions. But two activities made up 40 percent of the global STAR score: crop production accounted for 24.5 percent and logging and wood harvesting accounted for 16.4 percent. Other threats included the presence of invasive and problematic species, ranching and farming, and residential and commercial development.

In addition to assessing threats, the STAR metric measured the value of habitat restoration as a means of halting and reversing biodiversity loss at the landscape level. In one example researchers applied the metric to an 88,000 hectare region in Indonesia. They found that nearly half of the STAR score could be eliminated through habitat restoration, a number similar to global scale values.

Threat mitigation and habitat restoration opportunities were scattered across the globe, but some areas held higher scores than others. Although key biodiversity areas cover about 9 percent of Earth’s land, they held 47 percent of the global STAR score for vertebrates. Unsurprisingly, countries with biodiversity hotspots had higher scores. Just five countries contribute more than 30 percent of the global STAR score, while 88 countries contribute less than one percent.

But the authors warn these disproportionate STAR scores shouldn’t be used to point fingers, partially because biodiversity losses are often caused by events outside a country’s borders, like market forces, infectious disease and climate change. “Our analysis shows that threats to species are omnipresent, and that action to stem the loss of life on Earth must happen in all countries without exception,” said lead study author Louise Mair in a press release.

The framework will be available for use this year with plans for continual updates, such as adding more species and improving animal movement data. As data on species and threats improves, so will the scope and accuracy of STAR.

A common metric to align science-based biodiversity has the power to help civic, private and public groups work together to understand what actions will have the biggest impact toward preserving biodiversity in their regions.