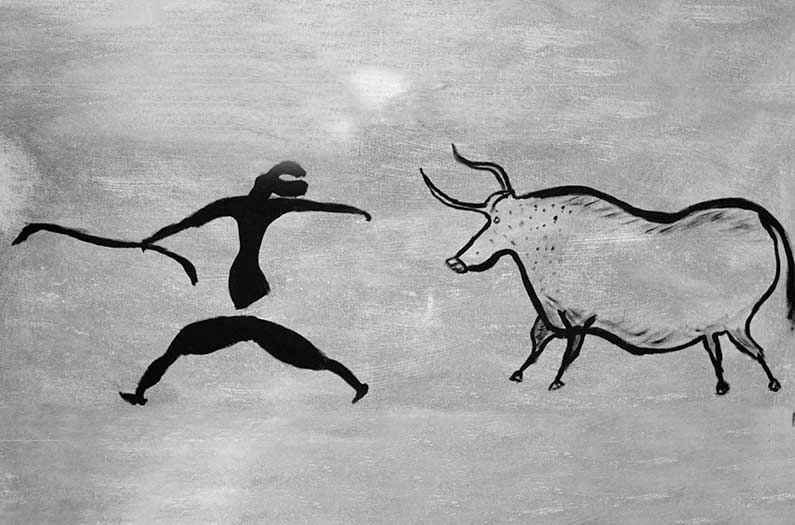 Researchers show humans have transformed the majority of terrestrial ecosystems for the past 12,000 years without causing large scale extinctions. Colonization, appropriation and displacement are likely to blame.
By Berly McCoy
May 5, 2021

In the modern environmental imagination, a biodiverse landscape is often associated with a pristine one, untouched by humans. But a new study suggests that societies have used the majority of land on Earth for thousands of years without causing massive species declines. If humans have reshaped ecosystems for centuries, what’s changed in the Anthropocene to amount to so much biodiversity loss?

The short answer, say a team of international researchers, is not so much the presence of humans, but the widespread use of monocultures, mechanization, chemical nutrients, and pest control—all leading to biotic homogenization. In contrast, early farmers, hunter-gathers, and pastoralists, often shared and shaped landscapes through hunting, polycropping, tree-harvesting, and a variety of other low intensity practices. As a result, they created remarkably productive ecological mosaics over millennia.

To understand the global and historical impact that humans have had when transforming landscapes, the researchers compared land use intensity and human population density with biodiversity richness over the past 12,000 years. They constructed maps of human land use and population densities from 10,000 BCE to the present. Then, they tested how strongly these areas were associated with regions rich in biodiversity.

The work, published in Proceedings of the National Academy of Sciences, is the first to globally assess how human land use has reshaped terrestrial ecosystems over such a large time scale.

For example, they found that close to 75 percent of the world’s terrestrial ecosystems were used by humans in some capacity as early as 10,000 BCE, or 12,000 years ago. This finding calls into question previous accounts that 82 percent of Earth’s land was completely uninhabited in 6,000 BCE.

The team also found that most areas associated with biodiversity richness have been associated with human uses for thousands of years. As a case-in-point, the team zeroed in on the world’s current protected areas. In 10,000 BCE only 36 percent of those same lands were uninhabited by humans. In 2017 CE that number drops to just 26 percent.

The idea that land use in the Anthropocene has caused the majority of ecosystem transformation is both outdated and dangerous. “The main cause of the current biodiversity crisis is the colonization, displacement, and intensification of land use in lands managed sustainably for generations by Indigenous and traditional peoples,” says Erle Ellis, lead author and environmental scientist. “Indigenous and traditional land rights are thus central to effective conservation of biodiversity, especially in efforts to scale up conservation globally.”

Source: Ellis, E.C. et al. “People have shaped most of terrestrial nature for at least 12,000 years,” Proceedings of the National Academy of Sciences. 2021