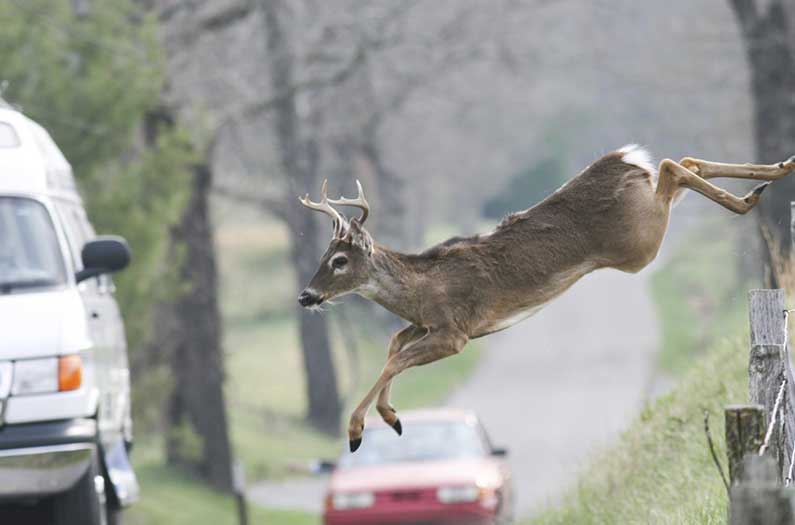 The various species in an ecosystem are in a delicate balance with one another. If one is removed or overabundant, the results can ripple through the entire community. Changes to an ecosystem also often affect humans, both our conservation and economic interests. Such is the case with wolves, which have proponents both for their protection and their removal.

To better understand one aspect of the economic impact of wolf recolonization, researchers in Wisconsin have compared the costs incurred by wolf-caused livestock losses to the money saved from a reduction in deer-vehicle collisions, likely due to the presence of the predators. The new work is published in the Proceedings of the National Academy of Sciences.

The researchers focused on Wisconsin because wolves began to naturally repopulate the state in 1975. This unmanaged repopulation event contrasts with other events like those in Yellowstone and Isle Royale National Parks where managers guided wolves to a particular area. Due to wolves’ tendency to use roads as corridors, the researchers hypothesized that they would steer deer away from roadways, thus lowering the number of wildlife collisions.

To determine if the presence of wolves was cost effective—meaning that they reduced costs by decreasing vehicle collisions more than they incurred them by killing livestock—the research team first counted how many deer-vehicle collisions occurred ten years before and after wolves arrived. They assessed both deer populations and wolf pack locations using data from the Wisconsin Department of Natural Resources.

The team found that both deer populations and deer-vehicle collisions began leveling off in counties where wolves recolonized. In contrast, wolf-free counties saw increases in both. They found that on average wolf arrival was linked to a 24 percent decrease in deer-vehicle collisions, concentrated in rural areas, which translates to a savings of more than $375,000 per county per year based on national claims averages. When multiplied by the 29 counties where wolves arrived, the state-wide savings per year totaled close to $11 million. The authors compare this value to the $3.1 million the state has paid between 1985 and 2019 for pet and livestock losses caused by wolves.

Discover more:  Newspapers in 4 countries agreed that humans are to blame for climate change, just not which humans

Based on the sustained number of deer, the authors conclude that wolves are likely decreasing deer-vehicle collisions predominantly through behavioral changes versus reducing their populations through predation. These behavioral changes likely can’t be accomplished by seasonal human hunters whose numbers are decreasing.

Aside from reducing costs associated with vehicle collisions, the authors suggest that wolf presence could potentially limit crop damage by shifting deer away from road-adjacent agricultural fields.