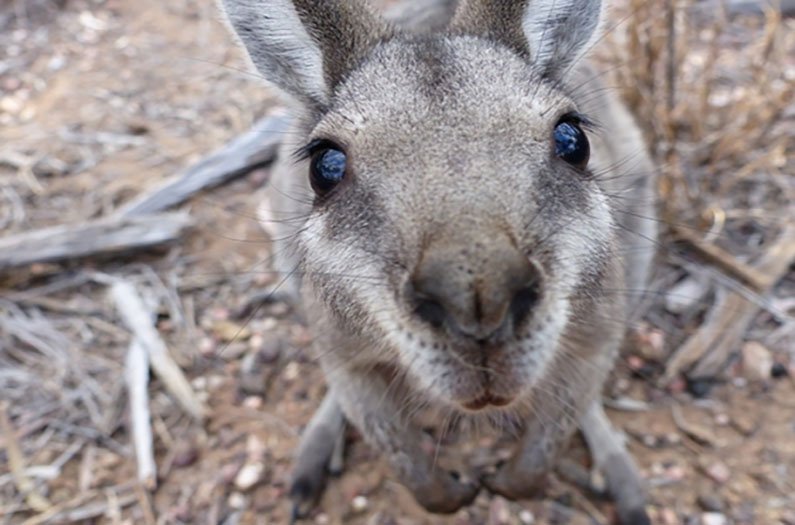 The cost effective conservation strategy could work for other mammals
By Berly McCoy
June 9, 2021

Conservationists working to protect endangered animals often struggle with protecting the most vulnerable from predation. But instead of working to decrease predator numbers, one research group studying endangered wallabies has shown that temporarily keeping feral cats at bay may do the trick.

The approach, outlined in Current Biology, shows how protecting juveniles from predation long enough to allow them to reach a weight threshold can dramatically improve their chances of survival. This study is the first example of implementing the technique—called headstarting—on a terrestrial mammal.

The researchers focused on bridled nailtail wallabies in the Avocet Nature Refuge in Queensland, Australia where their numbers had dwindled to just an estimated 16 of core individuals in 2015, and less than 500 total in the wild.

To prevent juvenile wallaby predation, the research team placed individuals weighing less than three kilograms  and nursing mothers in a 9.2 ha predator-free exclosure during a three-year period starting in 2015. Once mothers were finished weaning or young reached three kilograms in weight, they were released into the wild, a timeframe that ranged from a few months up to a year. Although the exclosure protected wallabies from some predators, it allowed other predators, like birds of prey, access to the marsupials.

Of the 56 wallabies raised in the exclosure, the team found that the headstart program more than doubled the wallaby population in three years, from 16 core members to 47, including 21 observed inside the headstart exclosure and 26 estimated outside. Young survival significantly increased: 15 out of 20 juveniles survived past weaning in the exclosure compared to only three of 12 young in the wild.

Using a population analysis tool, the research team predicted that the Avocet wallabies would reach extinction in as little as two years in the absence of the headstart program.

“What this tells us is that until we find a way to eliminate feral cats in the wild, headstarting may be the only way to keep this population at a sustainable level,” says lead author Alexandra Ross, in a press release.

The authors propose that the headstart program, which has been implemented to protect other classes of animals like birds and reptiles, is a cost-effective way to improve population numbers for other land-based mammals that lose a substantial number of young to predation.