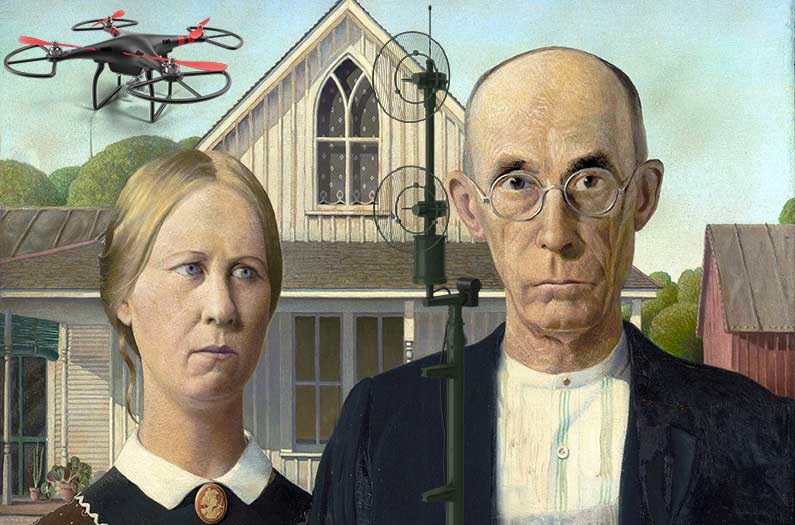 Researchers find that carefully phasing in field-ready innovations, such as nitrogen-efficient crops and low-emissions tractors, could significantly cut the emissions from conventional row-crop agriculture
By Emma Bryce
June 25, 2021

Adopting a suite of novel farming technologies that are already within our reach—such as nitrogen-efficient plant breeds, and electrified farm vehicles—could bring down the emissions associated with staple crops by about 71% in just 15 years, finds a group of researchers.

Efforts to bring agriculture in line with climate goals often focus on methods to capture carbon, through approaches like no-till farming and the planting of cover crops. While these methods are an essential piece of the climate change mitigation puzzle, attempts to actually lower current agricultural emissions before they enter the atmosphere get comparatively little attention, the researchers on the new study say. This is short-sighted, because due to the high-intensity, yield-focused approach of conventional agriculture, increasing its efficiency may be one of the surest ways to cut emissions down.

For example, conventional row-crop agriculture alone—the method by which a majority of staple foods like wheat, soybeans, and maize are farmed—contributes about 5% to the total greenhouse gas emissions in both the European Union and the United States.

The multidisciplinary research group wanted to investigate the extent to which a fleet of new and emerging agricultural innovations might be able to reduce these emissions. They used emissions from row-crop maize farming in the United States as a benchmark to determine the impact that technological innovation could have. The study also took a modeling approach that simulated a phased release of the most promising agricultural innovations into the field, to allow a realistically gradual adaptation, and the careful integration with other mitigation methods on farms.

“Agriculture has huge potential to address global warming and is well-positioned to be a leader in reducing greenhouse gas emissions,” said Daniel Northrup, lead author on the new study, and director of special projects at Benson Hill, a company that’s developing new crop breeds. “Our research looked at the tools that could be deployed, and, using life cycle analysis, quantified the impact of deploying those tools or technologies. We then grouped technologies based on their readiness and deployability.”

The three-step agricultural transition began with the optimization of fertilizer use. This mainly relied on the digital technologies of precision agriculture—a field of research that has already produced several technologies to deliver precise applications of fertilizer to soil, limiting waste, run-off, and the resulting detrimental release of nitrous oxide—a greenhouse gas 300 times more potent than CO2. With these technologies alone, the researchers found that grain farming could cut back on emissions from maize production by about 23%.

The second step focused on replacing existing technologies with new lower-carbon technologies that are slightly further away, but still well on their way to the field. These included substituting regular farm vehicles like tractors with electrified ones, to limit vehicle emissions; and replacing regular crops with breeds that are genetically geared to take up more nitrogen from the soil. (This homes in again on fertilizer use, as it’s a primary source of emissions from most conventional farms.)

If these were rolled out across grain farms, it would result in an emissions reduction of 41%, the model showed.

The third and final phase brings several new technologies together, along with other climate mitigation measures, to drive a complete overhaul of the farming system. This final step would naturally require the greatest shift and the most time—and would also involve additional changes, like generally reducing the quantity of chemicals used on farms, and incorporating some technologies that are further off, like more advanced genetics that enable plants to fix carbon and nitrogen in their roots to mitigate emissions. This third phase would also intertwine these changes with existing methods to capture carbon in soil, like no-till, and cover crops.

“While this production system would be difficult to adopt today, years of transition, preparation for these tools, ecosystem service payments, and sector interest will make adoption significantly easier,” the researchers write in their study. And, there would be a significant pay off, too: the research showed that this revamped agricultural system—interweaving innovative technologies with carbon capture—would reduce grain farming emissions by 71% overall.

However, that doesn’t mean the innovations will be equally accessible across different countries: inevitably there will be discrepancies in who gets to benefit from these technologies first, and where they spread to most quickly. But the researchers believe that technological innovation and market drivers can combine powerfully to drive the swift spread of innovation. “Agriculture adopts new tech very quickly, we’ve seen that with biotech and GPS-driven tractors, for example,” Northrup says. “If the value is there, the technology will proliferate rapidly.”

The research only addresses crop production, while the much larger specter of livestock emissions looms. And what’s more, as the study keenly emphasizes, technology can’t solve all of agriculture’s problems: carbon sequestration is still an important auxiliary to its success. But crucially, innovative technologies could give us new tools to shear away at excess emissions before they enter the atmosphere, instead of trying to minimize the damage we’ve already done.

“I understand the need to focus on carbon negative, but it is also important to keep in mind that we are at an ‘all hands on deck’ stage,” Northrup explains. “Emission reduction isn’t as sexy, and it doesn’t solve the challenge of reducing the current concentration of CO2. But the net potential for emission reduction is just as high as soil carbon or negative emissions.”

And as they say, at the end of the day prevention is better than cure.