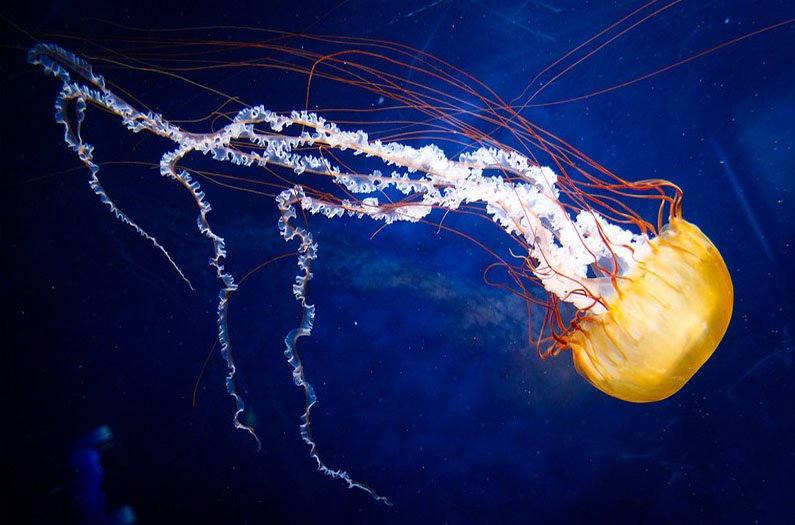 Marine ecosystems rebound from extinctions quicker than we thought

Researchers demonstrate that marine systems can accommodate some losses in terms of biodiversity without losing full functionality—paving the way for more optimistic climate projections
By Berly McCoy
June 30, 2021

Approximately 66 million years ago, a mass extinction event wiped out the majority of all species on Earth, including most of the marine plankton species, organisms that help regulate carbon dioxide partitioning from the atmosphere. But although it took more than four million years for the plankton to get back to their pre-extinction biodiversity levels, scientists have recently found that the ecosystem services they helped provide rebounded much sooner. The results, published in Proceedings of the Royal Society B, could offer new insight into ecosystem projections during climate-induced extinctions.

The research team focused their analysis on planktic foraminifera, single-celled organisms that produce shells made of calcium carbonate. They contribute to the process of carbon cycling in the ocean known as the marine biological pump, and their fossilized shells provide a geological record of the pump’s efficiency.

To measure the plankton recovery, the team analyzed fossils from core samples taken in the South Atlantic Ocean through the Ocean Drilling Program. They noted plankton size and diversity, as well as fossil age. Then they compared the timeframe of biodiversity recovery with the timeframe of recovery of the biological pump.

The team found that it took much longer for the plankton to return to their pre-extinction biodiversity levels—4.3 million years—compared to the 1.8 million years it took for the biological pump to recover, suggesting the two events aren’t coupled.

“These findings are hugely significant, given growing concern around the extinctions of species in response to dramatic environmental shifts,” says coauthor Daniela Schmidt, in a press release. “Our study indicates marine systems can accommodate some losses in terms of biodiversity without losing full functionality, which provides hope. However, we still don’t know the precise tipping point so the focus should very much remain on preserving this fragile relationship and protecting biodiversity.”

Read more:  Battery-electric trains could clean up the rail sector and save money

Schmidt adds, “The results highlight the importance of linking climate projections with ecosystems models of coastal and open ocean environments to improve our ability to understand and forecast the impact of climate-induced extinctions on marine life and their services to people, such as fishing. Further research is needed to look at what happens and whether the same patterns are evident higher up the food web, for instance with fish.”