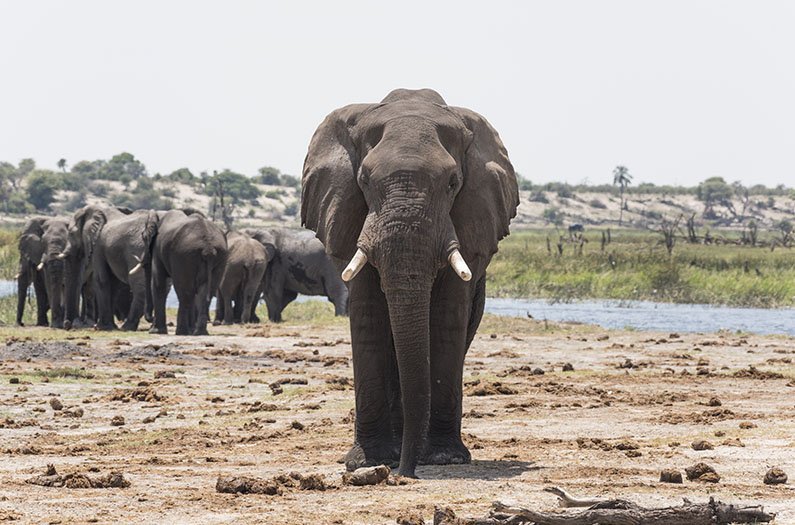 In the animal world, scent plays a big role in communication between members of the same species, from mating to rank to individual identification. Now, scientists think biological cues that male elephants leave on well-established trails might provide navigational information for elephants that pass the same spot later. The findings are published in Animal Behaviour.

The research team focused on male African elephants that travelled on seven identified pathways in Makgadikgadi Pans National Park in Botswana. The team hypothesized that elephants use their exquisite sense of smell to gather information on well-established pathways by investigating urine deposits on trails. Doing so could point an individual to an important resource, like water, or provide information on the depositor.

To test their hypothesis, the researchers collected urine-soaked sand samples from male elephants and strategically placed them on commonly used pathways in front of camera traps. They noted how many times an individual sniffed, blew, pinched or touched a urine sample in order to assess how much attention other male elephants paid to urine compared to water controls. In total, they analyzed 665 interactions.

The team found that elephants paid the most attention to urine samples from male adults, followed by water-soaked sand samples, and then urine samples from sub-adults. This pattern may indicate that elephants can gather age and maturity information from urine deposits. The researchers suggest that the high attention elephants gave to water samples, which were sourced from local rivers, could be because they were unexpected scents on the trail. Lone elephants tended to have a higher response rate to urine than elephants in a group, suggesting that navigational cues may be more important to those travelling alone.

“Our findings suggest an important role of an elephant’s sense of smell in long-distance navigation,” says lead author Connie Allen, in a press release. By removing scent trails, researchers might one day steer elephants clear of areas with high human-wildlife conflict or perhaps improve connectivity between protected areas.