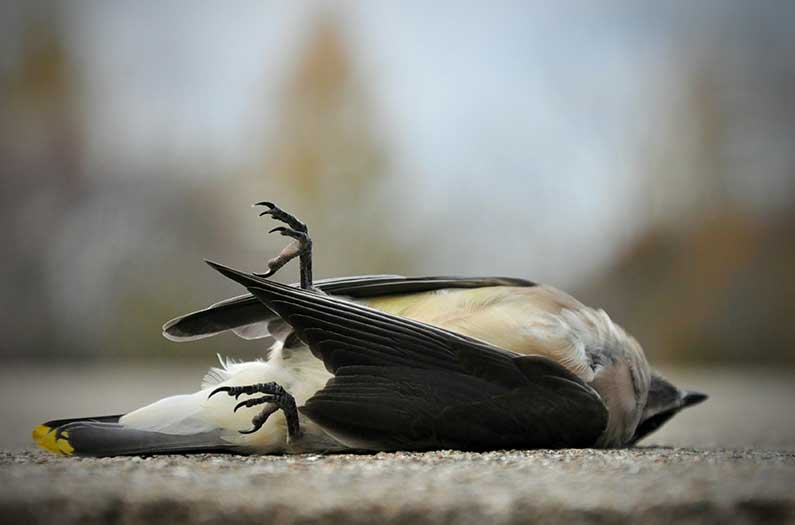 Turning off half of city lights at night could cut bird mortality by up to 60 percent
The highest mortality counts happen on windy nights during large migration events—when the highest number of lights were left on.
By Berly McCoy
June 23, 2021

Like an insect attracted to a bug zapper, artificial light is harming migratory birds by throwing them off course and causing deadly collisions. Now, a new study highlights just how beneficial switching off the lights can be. The work, published in the Proceedings of the National Academy of Sciences, analyzed decades of bird collision and lighting data at McCormick Place Lakeside Center in Chicago, Illinois.

Building collisions are the second leading human-driven cause of fatalities among birds in North America and have substantially contributed to hundreds of millions of deaths every year. Because decreasing artificial lighting is increasingly recognized as an important step toward lowering collisions, lights-out campaigns are gaining popularity.

To understand the factors that play the biggest role in bird fatalities and the relationship between building lights and bird deaths, the research team developed a mathematical model using 21 years of seasonal bird collision data from McCormick Place. The researchers inputted the number of birds that were found dead outside the building along with how many lights were left on overnight. Because lighting isn’t the only factor that could cause bird collision mortality, the team also included weather and migration numbers in their model.

“The sheer strength of the link between lighting and collisions was surprising,” says lead author Benjamin Van Doren, in a press release. “It speaks to the exciting potential to save birds simply by reducing light pollution.” The team estimated that turning off half of the lights at McCormick Place could decrease bird collisions by 11 times in the spring and 6 times in the fall, and that approximately 60 percent of bird mortality could be avoided if lights were extinguished to the minimum levels recorded.

Discover more:  What if the conventional wisdom about the high cost of decarbonization is wrong?

The study highlights the importance of measuring when bird collisions are more likely to occur—windy nights during high migration—in order to identify the most important times to cut out the lights.