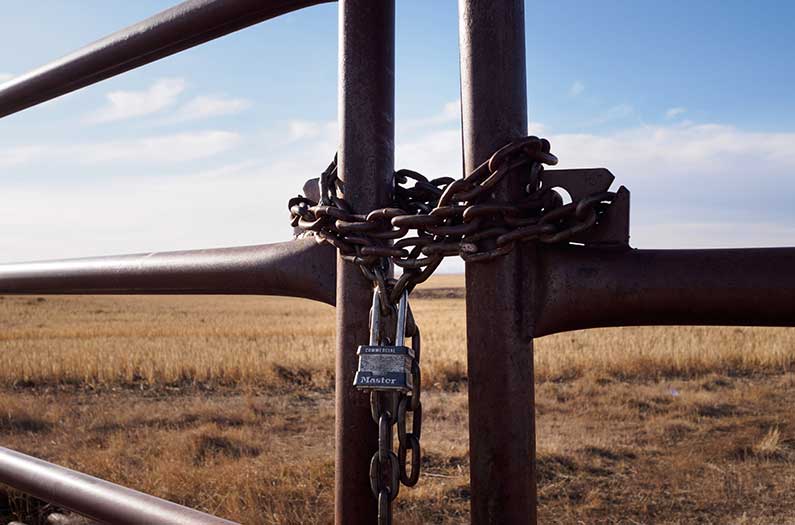 Researchers find that emissions resulting from transport, energy use, and food waste have increased swiftly over the last 40 years - and are almost equivalent to the emissions from farming, itself
By Emma Bryce
June 18, 2021

Researchers have drawn up the most comprehensive overview of food system emissions to date, which has exposed some significant gaps in how countries report their food-related impacts.

The global analysis also revealed that emissions from activities that occur before and after the farm gate – such as transport and food waste disposal – now contribute almost as much to climate change as the actual land-based production of food.

Despite this gloomy finding, the study’s researchers view it in a hopeful light: they argue that this more granular understanding of the food system helps to reveal key areas along the supply chain – beyond just farming, itself – where changes could substantially bring down emissions, and help mitigate climate change.

The new study casts a wider net on which activities count as food-related emissions, in order to generate a more realistic representation of agricultural impacts than countries typically report. For instance, it examined everything from land use change, to emissions sources outside the farm like domestic food transport and food waste. But the latter two are sources that previously haven’t been incorporated into categories that the Intergovernmental Panel on Climate Change (IPCC) uses to measure national emissions – meaning national estimates typically leave these out.

Using their more inclusive metric, the international team of researchers looked at country-level emissions across the globe for the period between 1990 to 2018, and found that in the last 40-odd years, food-related emissions have risen by 8% worldwide. They also showed that the conversion of wild habitat into farmland remains the biggest agricultural emissions source.

Yet, more surprisingly, by incorporating emissions from pre- and post-farm activities, the study also revealed that non-farm emissions sources are now almost equivalent to the emissions generated by farming itself: farming-related emissions were estimated to produce 7 gigatons of CO2 equivalent per year, while production activities beyond the farm gate now generate a similar 6 gigatons of CO2 annually.

Previous estimates have put agricultural emissions at about one-third of the global anthropogenic total. But when incorporating these growing external sources, that figure leaps to almost 40% – suggesting our food systems wield a larger impact on the planet than we realise.

The fine-scaled analysis also revealed significantly shifting emissions trends in the last 40 years. Not only have we been overlooking non-farm emission sources – but they have also grown in recent decades, the researchers found. The CO2 emissions from transport and food waste disposal alone have climbed 72% since 1990. On its own, emissions from domestic food transport have increased by 80% since 1990. Energy-use on farmland – another source not included in the IPCC’s emissions categories – has also risen by 25% since 1990, and grown 50% across the supply chain overall. For both transport and food waste, developed countries were responsible for the large bulk of the emissions.

Meanwhile, emissions from farming itself have also risen since 1990, but by a comparatively smaller 20%. These emissions were mainly due to livestock methane, synthetic fertilizers, and rice cultivation. And while land-use changes like deforestation still make the biggest contribution to food system emissions overall – and continue to be a concerning source – since 1990 their contribution has actually decreased, possibly due to the declining availability of virgin land to convert.

The overall trend that the study reveals is one of the growing influence of food-related emissions from sources beyond the boundaries of the farm. “As the food system changed with economic development, emissions from the conversion of natural ecosystems decreased, counterbalanced by increases in emissions from pre- and post-production processes,” the researchers say, as an explanation for this significant shift in recent years.

The change also highlights key areas of our food systems that are ripe for intervention. In fact, this was the focus of a companion report to the study, which explored the need for solutions to bring down emissions along the supply chain – such as energy-efficient refrigeration to reduce food waste, and clean transport innovations. In addition, carbon-sequestering farming methods will be crucial to bring down on-farm emissions.

Overall, the research shows a need for more accurate accounting of food-related emissions by applying a critical eye to the entire food system – from land-use change, to production, and supply chains. Next, the researchers plan to present their work at the United Nations’ Food Systems Summit in July, to bring the new metric into the wider discussion on food emissions.

By pinpointing areas that have been generally overlooked in the emissions equation, the study reveals new possibilities for our food systems to become a force for positive change, the researchers believe: “Taken together, the global food system represents a larger greenhouse gas mitigation opportunity than previously estimated.”