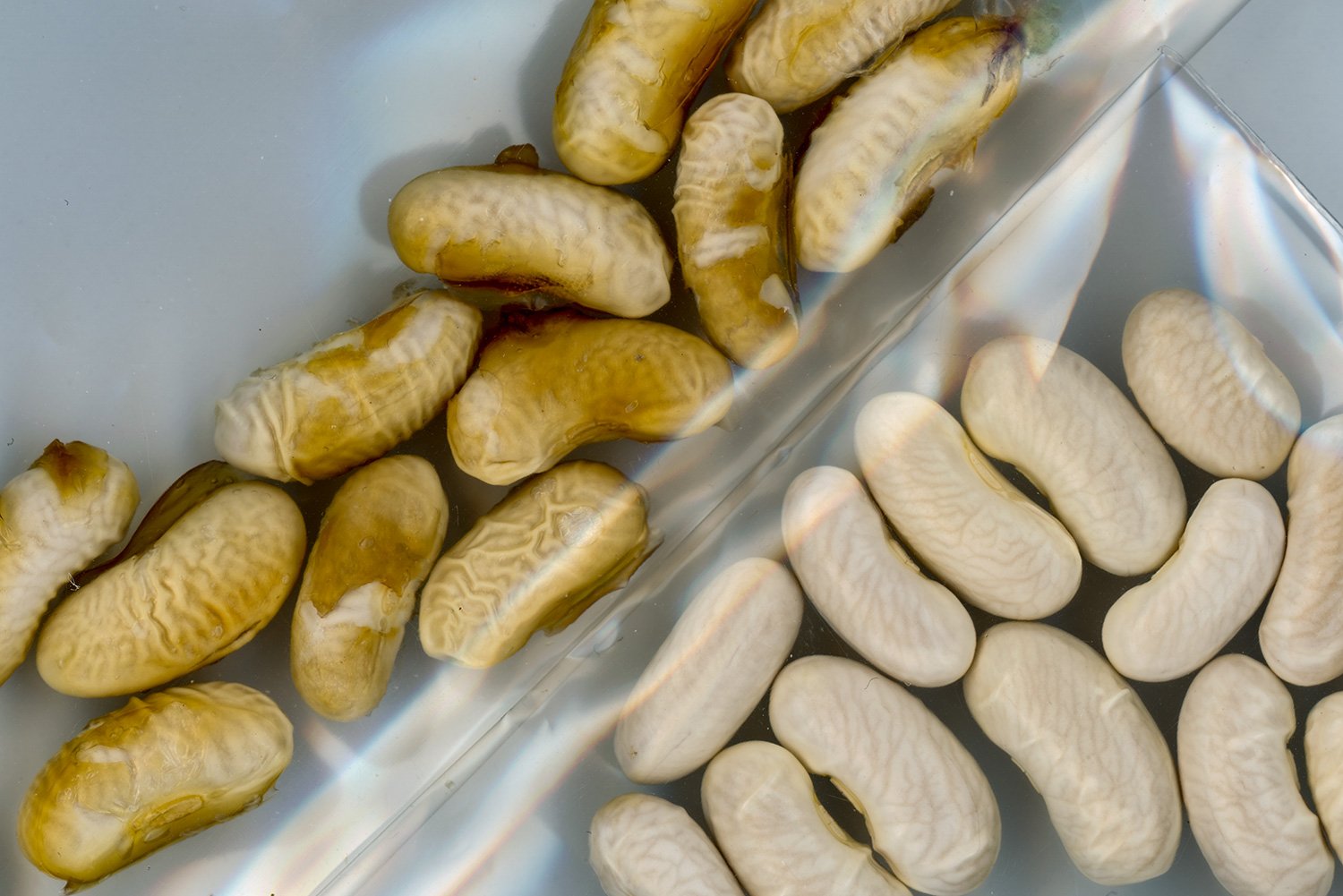 Researchers develop a nutrient-enriched, gel coating for seeds that soaks up moisture and could buffer plants against drought
By Emma Bryce
July 23, 2021

Researchers have developed a special two-layered ‘glove’ for seeds that shields them against drought, capitalizes on nutrients, and could generally give crops a better chance of germinating under harsh climate extremes.

Many parts of the world are growing hotter and drier, a trend that is expected to intensify under climate change. This limits the area available for agriculture, in parts of the world already threatened by food insecurity because of declining yields. One region that epitomises these challenges is the Meditterannean basin, which includes Morocco — where the team of American and Moroccan researchers chose to test out their new water-saving, nutrient-boosting invention.

Their glove-like seed coating brings together two features that are already found in nature. Firstly, the researchers were inspired by the gel-like structure that coats seeds such as chia and basil, and which helps them retain water. Secondly, they wanted to build on the symbiotic relationship that many plants have with rhizobacteria, which exist in their root systems and help plants to take up and fix nitrogen from the soil. The presence of these bacteria can reduce the quantity of fertilizer that’s required and so make its application more efficient.

The new work was also a continuation of previous research to develop a seed coating that protects plants against high salinity soils. This new invention takes that a step further.

The coatings the researchers developed are made from two layers, the first an inner lining woven from silk and trehalose — a sugar compound — to which the researchers added rhizobacteria and some nutrients. This lining — with the seed inside —  was then dipped into a layer of pectin and carboxymethylcellulose, a type of cellulose, which cushions the seed in a soft gel.

The protective, bacteria- and nutrient-rich silk lining gives seeds — in this case, seeds of the common bean — the capacity to start fixing nutrients to boost their progress as soon as they germinate, like a multivitamin for plant growth. Meanwhile, the gel layer is adept at soaking up any trace of water available in the soil, to cushion the growing seed in a ready supply — giving it the best possible start at life in arid extremes.

So, how does this intricate invention hold up in the field? The researchers have yet to test how the new coatings fare over the full course of a bean plant’s growth — but tests at the early germination stages have so far been promising. To date, trials in samples of Moroccan soils have shown that the coated seeds had rich colonies of rhizobacteria, and also had increased access to water. In fact, the volume of the seed coating grew by 250% in arid soils where water content was only 10%, suggesting that the coating is especially effective at soaking up moisture from the ground and capturing it for the growing plant.

When the researchers examined the bean plants that grew from the coated seeds, they found that those samples had greater root mass, and longer stems. “We assume as the plant grows, we should clearly see an improvement with the coated seeds as they have better root growth, thus [better] nutrient access, and less water stress damage,” says Augustine Zvinavashe, a doctoral student at the Massachusetts Institute of Technology and first author on the new study. Overall, this suggests that the coatings are successful in boosting early plant growth, and enabling the delicate seeds to thrive in unaccommodating dry soils.

Moving forward with their invention, the researchers plan next to test how successful their coating is in setting seeds up for a long and healthy life, and supporting plants through the whole course of their growth.

From a practical perspective, they point out that the coating would add only a minor additional cost to the purchase of seeds — which could be offset by savings in fertilizer costs by the nitrogen-trapping bacteria, as well as potential yield gains by the drought-resilient crops. What’s more, the invention can be put directly in farmers’ hands: the double-layered coating can be easily applied first as a dip, then a spray, which farmers can do themselves, arming their seeds against uncertainty in the field.

As optimal land for agriculture shrinks, we have to rise to the challenge with innovations that will adapt farming to this new reality. This is one tool that could help us do that. Essentially, this innovation allows researchers to “program seed coatings to be specific for our climate conditions, which will become more necessary with climate change effects,” Zvinavashe says.