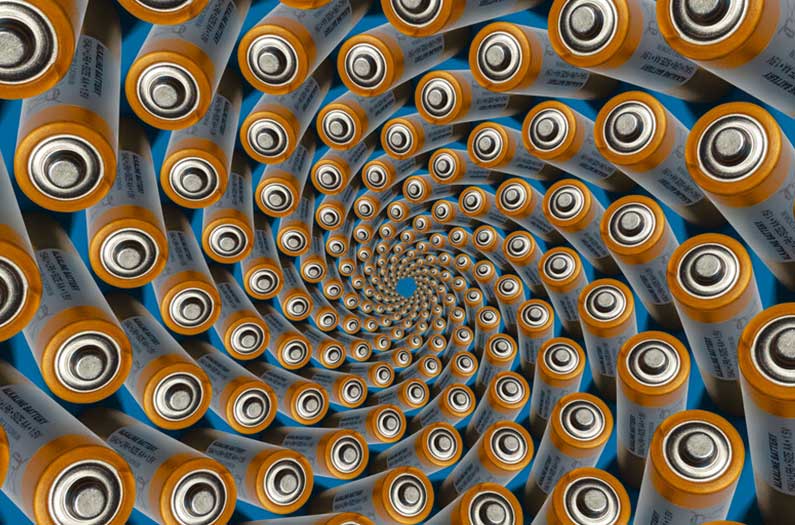 Collective battery storage could be the secret ingredient to a climate-friendly grid
A New Zealand team found that batteries could be dramatically smaller and more efficient if they are deployed collectively in neighborhoods—rather than for individual households
By Sarah DeWeerdt
July 20, 2021

An egg, a cup of flour, a kilowatt-hour of battery power: these are things you might borrow from your neighbors in a climate-friendly world, a new study suggests.

The research is part of the growing effort to incorporate renewable sources of power into the electrical grid. That’s a tricky feat to accomplish because the supply of renewables is variable and times of peak supply – mid-day for solar power, for example – don’t always line up with times of peak demand from households, which tend to be in the morning and evening.

Storing excess energy in batteries and drawing on it when necessary could be one solution to this mismatch. But most research so far has focused on using batteries to optimize the economics of household solar panels, rather than to reduce strain on the grid as a whole.

In the new study, researchers in New Zealand analyzed minute-by-minute electricity use by 20 homes in two different regions of the country over the course of a year. Their results suggest that deploying batteries at the neighborhood scale rather than at the level of individual households could be an efficient and cost-effective way to overcome some of the challenges of a renewables-based grid.

Power demand varies over the course of a day, across seasons, and from one house to another. Different households also have different patterns of energy use, in terms of both season-to-season and hour-to-hour fluctuations. These differences between households stem from the fact that people’s lifestyles vary in ways big and small: Some people work in offices while others are home most of the day; some families eat dinner early while others eat prefer to dine late.

Because of such house-to-house variations, well known that aggregation, or considering the power demand from multiple households at once, smooths out the peaks and valleys in total power demand. And that has big implications for battery storage, the researchers report in the journal Energy & Buildings.

The researchers calculated battery power required for “load smoothing,” that is keeping the grid’s power generation requirements consistent over time. They also looked at battery power for “peak shaving,” keeping the amount of energy pulled from the grid at times of maximum use under a predetermined cap such as 3, 4, or 5 kilowatts.

Discover more:  A new type of soil irrigates itself

If each of the 20 houses studied had its own battery for load smoothing, the size of the battery required would range from 5.71 kilowatt-hours (kWh) to 16.55 kWh. The total amount of battery power deployed would be 225 kWh. But if battery storage could be shared among neighbors, load smoothing would require a total battery capacity of only 120 kWh – cutting the battery requirement in half.

The results for peak shaving are even more dramatic. A power cap of 3 kW per house would require a total of 120 kWh of individual household battery storage. But shared battery capacity could be about 90% smaller, a total of 7 kWh.

That means some kind of shared battery scheme would be much more cost-effective for households, as well as more efficient in terms of materials required for battery production.

This shared battery storage could be accomplished either with individual households all hooked into one large battery deployed at the neighborhood level, or with smaller household batteries linked together so that neighbors could borrow and lend power as needed.

What’s more, peak power use in New Zealand generally happens in winter (many homes there have electric heat). So excess battery capacity would still be available in the summer to store energy from solar panels, the researchers say.

Before such schemes are widely deployed in the real world, more research is needed on the fairest way to share the costs and benefits, since some neighbors may borrow battery power in larger amounts or more often than others. Electricity markets will also need to be tweaked to facilitate these arrangements. However, a trial of the approach is currently underway in a community on New Zealand’s South Island. 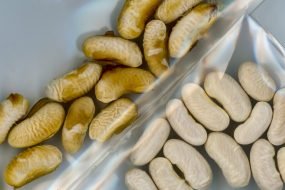 Researchers develop a nutrient-enriched, gel coating for seeds that soaks up moisture and could buffer plants against drought