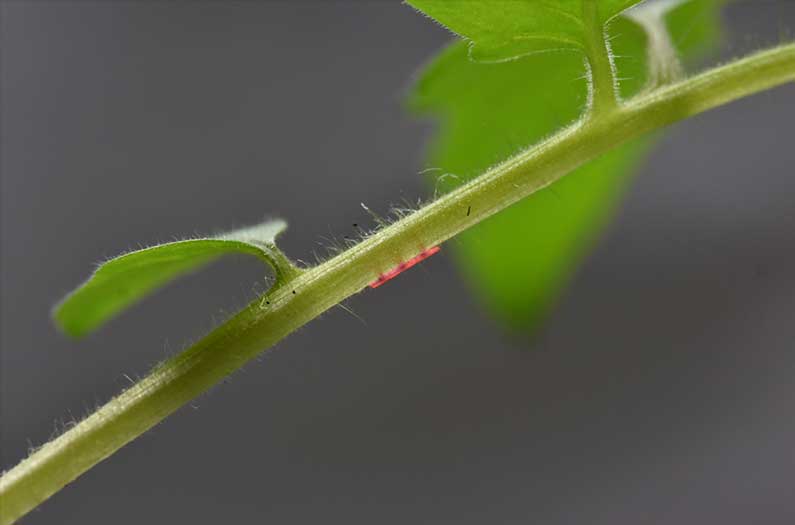 Tiny, needle-like sensors inserted into plants are the latest addition to precision agriculture

What if we could closely track the health of plants, the way we use a monitor to track a human heartbeat? Researchers have moved us closer to this goal, with a new type of microsensor that can be inserted into the leaves and stems of crops to directly monitor information about their health and productivity.

This is one of the most recent innovations to come out of precision agriculture, a field of research and technological development that aims to gather as much data as possible on the optimal growing conditions for plants – typically using technologies like soil sensors and camera-fitted drones. Gathering this information could increase the efficiency of fertilizer and water to cut back on waste, pollution, and emissions. By finding out exactly what crops need, precision agriculture could also increase yields, which would have the added benefit of maximising land use and limiting agricultural expansion — one of the biggest threats to wild habitat, and a contributor to climate change.

The researchers on the new study think their newly-developed sensors — tiny, needle-like structures made of polymers, which are inserted into plants — could be a powerful addition to the precision agriculture toolbox.

This isn’t the first time researchers have developed such sensors. Microneedles are actually a technology borrowed from medicine, and now increasingly being applied to the agricultural realm. In plants, the needles can be used to transmit a small electrical current to measure something called bioimpedance: this reveals clues about the health of a plant by the way it responds to the current’s flow, because a plant’s reactions change depending on factors like water availability, nutrients, and light.

Previously, the challenge has been to make needles that are thin enough to pierce the skin of a plant without causing lasting damage. Production has also typically been too expensive and inefficient for making sensors on industrial scales.

The researchers on the new study, however, have found a way around both these obstacles. They developed silicon moulds, and discovered that if they submerged these moulds in a liquid solution of chloroform, this causes the silicon to expand ever so slightly, and in the process, gently ease the needles out.

The benefit of this gentle release method is that it’s sensitive enough to create much thinner, fragile, and therefore less damaging needles. Plus, the moulds can be used up to 20 times over, which minimizes production costs. The ease with which these needles were produced also makes it more likely that they’ll be manufactured on large scales and therefore could make it into the field.

In fact, to test out their real-world value, the researchers also carried out a set of experiments to try out the delicate new sensors on a batch of model thale cress plants. They punctured the plant stems and leaves with the needles, and then used these to conduct a current into the thale cress, which they exposed to varying levels of water and light availability.

When they analysed the resulting bioimpedance measures, the researchers found that these changed, depending on how much water and light the plants had received – suggesting that the sensors could successfully detect signs of dehydration and heat stress in plants.

Crucially, the experiments showed that the exceptionally slim needles did no lasting damage: the near-invisible puncture marks healed over and disappeared within four days.

In a real-world field scenario, “the microneedles would be distributed to representative specimens across an open field to account for spatial and temporal heterogeneity,” explains Abdullah Bukhamsin, lead author on the study and a PhD student in electrical and computer engineering at the King Abdullah University of Science and Technology, Saudi Arabia. Beyond water and heat, microneedles can also be used to detect nitrogen uptake from fertilizers, and that’s a new area of focus for the researchers, he says. “There may be a potential for the microneedles to improve the sensitivity of such measurements and this is something we are actively exploring now.”

Ultimately, the researchers envision that their sensors could be hooked up to a digitally-integrated farm system, where they might trigger a response based on the needs of the plant. “This bioimpedance data could be used alongside shading technologies and an irrigation system that responds to the actual needs of the crops, thereby avoiding overwatering,” they explain.

Currently, precision agriculture relies heavily on technologies like soil sensors, that often can’t catch changes in plants early enough to be truly useful, because the changes they detect indicate that the damage has already been done to the crop. But because microsensors gather intimate, real-time data directly from the plant, they could mark a step-change in reaching the goals of precision agriculture.

“There are huge gaps in our knowledge of the plant responses to stress, due to the limitations of current sensing techniques. Using these sensors may allow us to better understand the plant stress response dynamics,” Bukhamsin explains. That “can aid in early intervention to optimize yields,” he says.

Ultimately, getting up close and personal with plants could be a boon — for their health, and the planet’s.

The image shows a microneedle patch (in red) that was successfully trialled on tomato plants, in a separate study by MIT. Image: MIT via New Atlas.