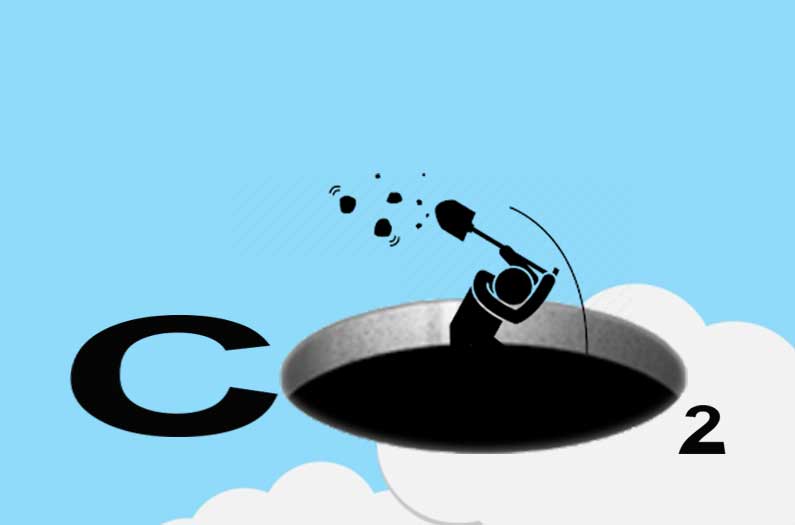 At current rates of global emissions, the remaining “carbon budget” compatible with Paris Agreement goals of limiting temperature increase to 1.5 °C will be exhausted within about a decade.

But most countries’ decarbonization plans and pledges only call for reaching net zero emissions sometime after that, say in 2050. The result will be a “carbon debt” that will have to be paid off—that is, removed from the atmosphere—in the not-too-distant future to avoid runaway climate change.

“With the carbon budget depleted within this decade, we’ll soon start generating carbon debt, possibly at a rate of 40-50 billion tons of CO2 per year, with no policy instruments, no technologies, no cash to compensate for that,” says Johannes Bednar, a researcher at the International Institute for Applied Systems Analysis in Austria and a PhD student at Oxford University in the UK.

The basic problem is that technology to remove carbon from the atmosphere is expensive and uncertain, and there’s nothing forcing those who put the excess carbon dioxide in the atmosphere to take it out again in the future.

Bednar and his collaborators have been thinking about this problem for a couple of years. Now, they’ve come up with a solution: a new financial instrument called a Carbon Removal Obligation (CRO). Essentially, CROs incorporate the cost of removing the excess into the price of carbon.

Existing cap-and-trade (or emissions trading) systems such as the one in place in the EU could be tweaked to include CROs, the researchers report in the journal Nature.

In their scheme, carbon debt works like financial debt. If you want to take out a carbon “loan”—that is, emit more carbon than the 1.5 °C budget allows—you’ll have to pay interest on it.

“Carbon debt would initially be issued at the base rate by managing authorities, e.g., Central Banks, towards which commercial banks would be held liable in case of insolvent debtors,” the researchers write. “Commercial banks, or their equivalents, would issue debt to emitters and, assisted by rating agencies, assess and hedge their insolvency risk by determining individual markups on the base rate. Carbon debt would enter firms’ balance sheets as physical liability in tonnes CO2—a Carbon Removal Obligation, for which interest payments would be due.”

Or, as IIASA researcher and study team member Fabian Wagner describes the implications: “in the future you will have to pay for *renting* space for your CO2 emissions in the atmosphere, you can no longer buy it until the end of time, as has been conveniently the case up until now.”

This system ensures that banks and governments aren’t left holding the bag if emitting companies go belly-up or decide not to follow through on removal, and also avoids saddling future generations with the burden of our climate debt, the researchers say.

The researchers used a computer model to explore how a market including CROs might work in various scenarios, and turned up a happy result: CROs will spur faster, more ambitious decarbonization than would be likely in their absence.

“By making polluters responsible…we find that less carbon debt will be generated in the first place,” Bednar says.