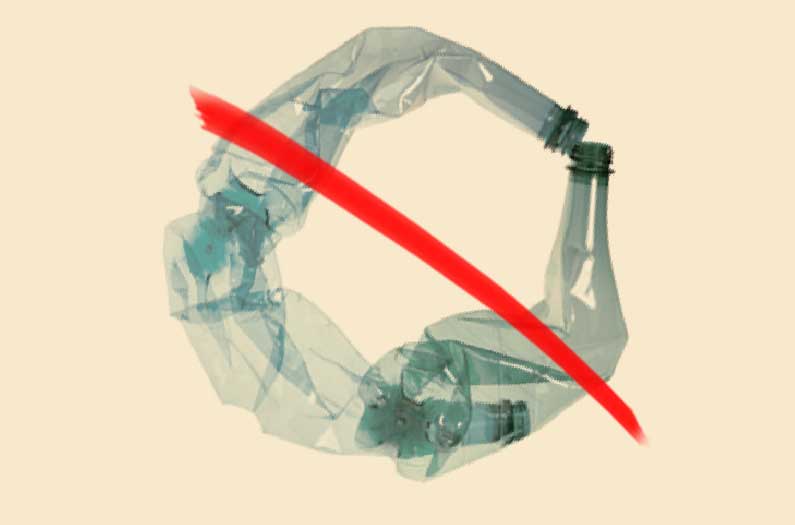 The findings, from a study focused on Barcelona, found that the sustainability benefits of avoiding bottled water far outweighed the perceived health benefits of drinking it
By Emma Bryce
August 20, 2021

Grabbing a plastic bottle of chilled water on the go is one of the staple conveniences of modern life. But results from a new study may give consumers pause before they reach for the Evian: Bottled water has an environmental impact 3,500 times greater than tap water, according to the new paper, which carried out a life-cycle analysis of bottled water production to reveal the true extent of its environmental harms.

These findings come amid rising consumption of bottled water globally. People buy water packaged in single-use plastic not just for convenience’s sake. There are health reasons too, because historically in many countries tap water has been linked to poor water quality and health risks.

In the first study of its kind, the researchers on the new Science of the Total Environment paper wanted to weigh up these perceived health risks alongside the environmental impacts of both bottled and tap water. They focused on a place with a longstanding habit of bottled water consumption: Barcelona, in Spain. Here, bottled water is the primary water source for 60% of the population, according to estimates from 2016.

This appetite for packaged water is probably driven by historically high levels of carcinogenic compounds called trihalomethanes (THM) in parts of Barcelona’s piped water supply. These compounds are a by-product of the water disinfection process, and some studies suggest they might be linked to increased risks of bladder cancer. However with improvements to Barcelona’s water treatment process, THM concentrations have declined significantly since 2009, the study authors note.

With this in mind, their research modeled four possible scenarios. They considered what the health and environmental consequences would be if firstly, everyone in Barcelona consumed only tap water; secondly if all the city’s residents drank tap water that had first been cleaned using a domestic filtering device; and third, if everyone in the city drank only bottled mineral water.

A life cycle analysis into the production of both tap and bottled water revealed their environmental costs under each scenario. In the case of bottled water, the analysis included the lifecycle stages of producing plastics, disinfecting and washing bottles before use, and the energy costs of filling them. Then the researchers quantified the combined environmental impacts of these production processes, in terms of ecosystem damage (expressed as the number of species lost per year due to the production of tapped or bottled water), the quantity of natural resources used (expressed as a dollar cost), and the global human health impacts.

They found that if Barcelonans drank only bottled water, it would significantly outpace tap water in terms of environmental harms. The lifecycle analysis revealed the ecosystem impact to be 1,400 times higher than that of tap water, causing an estimated loss of 1.43 species a year. Furthermore, if everyone drank only bottled water, the costs of extracting raw materials would amount to almost $84 billion annually — 3,500 times higher than the extraction costs for water that comes out of a tap. This is likely due to the much higher costs of input materials, like packaging, for bottled water.

Ultimately, the most sustainable way to keep Barcelonans hydrated would be for everyone to drink water from taps, the researchers determined. Though, they also explored the potentially greater health risks that may come with this switch.

Compared to bottled water, exposure to that carcinogenic compound THM, was higher in tapped sources, the study found. But the risk was relatively low: using a common measure of years that would be lost to ill-health or early death, the researchers determined that if everyone in Barcelona drank only tap water, the potential health impacts of THMs that remain in the city’s water would be equivalent to about 309 years lost, spread across the city’s entire population. That’s the same as two hours lost per person. This would also decline significantly to just 36 years spread across the whole populace, if everyone shifted to drinking tap water that had been domestically filtered, instead — which would effectively eradicate the risk.

What’s more, these health risks have to be taken within a broader global context. Supplying Barcelona with 100% bottled water would drive a suite of environmental threats — resource destruction, chemical pollution, and greenhouse gas emissions — that would have their own health impacts. These, the researchers estimate, would cause an equivalent of 625 lost life years across the globe, annually. And that’s to supply the bottled water needs of just one city; meanwhile the thirst for single-use plastic-bottled water is increasing across the planet.

Furthermore, the plastic that houses bottled water is itself a cause for health concerns, with uncertainties about the hormone-disrupting effects of some plastic ingredients, and the still-unknown effects of microplastics that constantly shed from waste into the water that humans drink.

Taking the gathered evidence into account, the study argues that on balance the sustainability gains of drinking tap water “far exceeds the human health gain from consuming bottled water in Barcelona.” One future goal is to understand why people keep purchasing plastic despite growing awareness of its harms, the researchers say — as evidenced in Barcelona by the uptick in bottled water consumption even as tap water quality has increased.

Understanding this in the plastic-bottle-heavy Spanish city may help us understand our complex relationship with plastic in other places too, and move us towards more sustainable consumption patterns overall. Old habits die hard, but single-use plastic really is one that we have to kick.