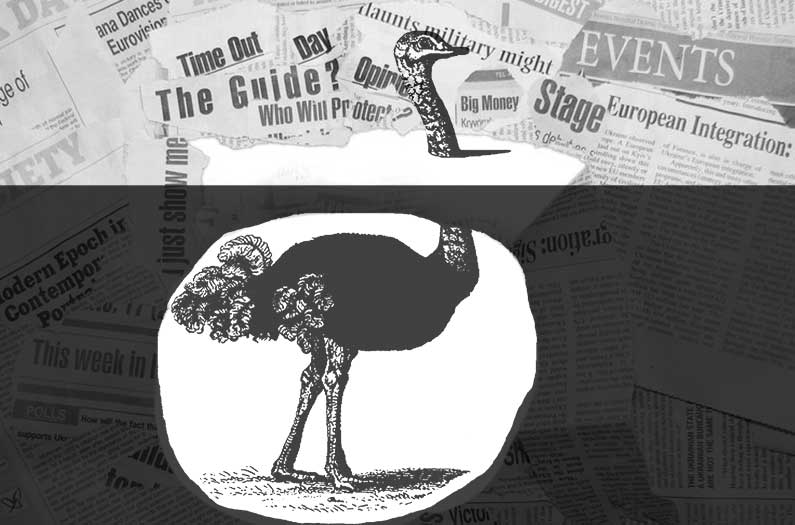 But, there’s one place it still continues to fail: conservative media
By Sarah DeWeerdt
August 24, 2021

Coverage in major print media outlets now largely reflects the scientific consensus about the human cause of climate change and is getting more accurate over time, according to new research that surveys articles published over the last 15 years.

The findings update an influential 2004 study of U.S. newspapers from 1990-2002. That study found that journalists’ pursuit of “balance” and “objectivity” often boosted the voices of climate denialists, resulting in biased articles that inaccurately suggested the cause of climate change was a scientific controversy.

People often cite that study as evidence of ongoing problems in journalism, but it wasn’t clear whether its findings still pertain. (One of the authors of that previous study, Max Boykoff, Director of the Center for Science and Technology Policy Research at the University of Colorado Boulder, is also a coauthor of the new one.)

“We know that in the past, ‘both-sides’ reporting of climate change has perpetuated the inaccurate perception that there is still significant scientific disagreement on this issue,” says study team member Meaghan Daly, a social scientist at the University of New England in Biddeford, Maine. “The good news is that this study shows that in the print news media, this type of problematic reporting is largely falling by the wayside.”

Daly and her colleagues analyzed 2,662 articles concerning the cause of climate change that were published between 2005 and 2019 in 17 top newspapers from five countries: the U.K., Australia, New Zealand, Canada, and the U.S. This was about 1% of the more than 246,000 articles referencing climate change or global warming published in these outlets during that time period.

They read the articles to determine whether each one conveyed the scientific consensus view that climate change is primarily human-caused. Of the articles, 2,397 accurately represented the primarily human cause of climate change, 150 offered false balance, and 113 expressed contrarian or denialist viewpoints, the researchers report in the journal Environmental Research Letters. (Two pieces published over the 15-year period inaccurately suggested no role for natural variations in climate shifts.)

In other words, 90% of the articles overall reflected the scientific consensus. “In addition, our data suggest that scientifically accurate coverage of climate change is improving over time,” from 87% to 92% over the 15 years covered by the study, says study team member Lucy McAllister, a postdoctoral researcher at the Technical University of Munich in Germany.

“However, it is important to note that some conservative media outlets remain exceptions,” McAllister adds.

Climate change coverage in conservative newspapers – Canada’s National Post, Australia’s Daily Telegraph and Sunday Telegraph, and the U.K.’s Daily Mail and Mail on Sunday – was less accurate than that in other publications. The National Post had the least accurate coverage, with about 71% of articles reflecting the scientific consensus about the cause of climate change. These outlets also published fewer articles about the cause of climate change overall.

Meanwhile, the most accurate coverage came from left-leaning outlets, Canada’s Toronto Star (97.37%) and the U.K.’s Guardian and Observer (95.00%). The latter publication also had the largest number of articles analyzed.

The findings suggest that media analysis needs to move beyond the notion of false balance. “Most major print media may be reporting climate change accurately, but new questions arise, such as how solutions are being discussed. Which ideas are getting more text or frontline coverage, and why?” says McAllister. “Also, researchers should be examining the types of coverage in the countries facing the most extreme impacts of our changing climate.”

In addition to examining the portrayal of climate change on television and in social media, researchers should be alert for new and subtler forms of denialism. “As it has become more difficult to deny the existence of climate change — as more and more people directly observe the impacts of climate change in their day-to-day lives — new strategies are emerging to instead delay meaningful action on climate,” Daly says. “So, it will be important for researchers to examine the stealthier ways in which opponents of climate action are now working to undermine efforts to address the causes and consequences of climate change.”