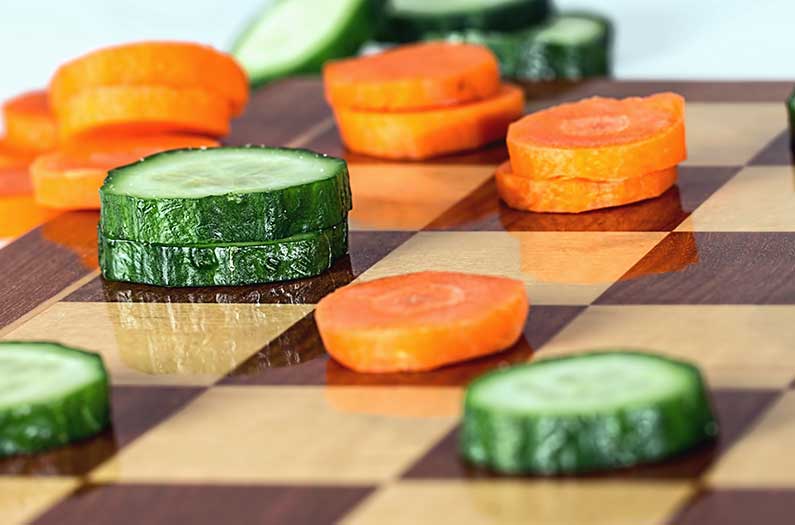 Meticulously ranking almost 6,000 foods, researched showed how simply swapping some ingredients for others could incrementally add hours and days to our lives and reduce environmental harms, too
By Emma Bryce
September 3, 2021

Substituting just half a portion of beef with a handful of nuts, vegetables, fruits, and seafood could buy you 48 extra minutes of healthy life, and reduce your carbon footprint for that meal by 33%.

These findings come from a recent Nature Food study, where a team of researchers meticulously examined the health and environment-related impacts of almost 6,000 foods to provide guidance on the healthiest diets— or the planet, and for us.

Their findings reveal that instead of having to make ambitious large-scale dietary shifts from meat to plant-based foods, we can actually achieve large benefits by making much smaller exchanges—for instance, swapping one ingredient on our plates for another, and on a meal-by-meal basis.

The issue with most environmental dietary guides, the researchers say, is that they tend to position all fruits and vegetables against meat, leading to broad-brush recommendations that switching to plant-based diets is the best way to eat healthily and benefit the earth. Their study takes a granular approach, to examine precisely how thousands of individual foods influence health and the environment.

Gathering together a list of 5,853 commonly-consumed foods in the United States, the researchers looked at 15 established dietary risks, and then determined whether each food type intensified or reduced that risk. From this, they created the Health Nutritional Index (HENI) which ranked each food according to its health burden (which was driven mainly by heart disease and diabetes). That burden was calculated and expressed as the minutes of healthy life that would be lost or gained through the consumption of a particular food.

Using this dense body of data, the researchers ranked different foods into traffic light categories—red, amber, and green—based on how comparatively high or low their health and environmental impact was.

This revealed some general trends. For example, the green category included foods that scored as both nutritionally-beneficial with low environmental impact, and featured many fruits, vegetables, legumes, grains, nuts, and some seafood. On the red-list were processed meats, beef, pork, lamb, and cheese. Sitting in the middle on the amber list was chicken, milk, and eggs.

That’s roughly what you might expect. But when you really drill down into the details of what individual foods contain and how they’re produced, there is a surprising amount of variability within these general trends.

For example, cooked rice turned up on the amber list, alongside vegetables that were grown in a greenhouse, because of the higher energy impacts involved there. Not all meats were equal either: processed meats fared much worse for human health, while beef fared worse for the environment. And even though seafood is often touted as a sustainable alternative to red meat, the researchers found that this really depends on the type. For example, salmon had double the environmental impact of catfish. Farmed shrimp got a red flag too. Furthermore, many nuts, seeds, and fruits—foods that are typically assumed to have comparatively spotless environmental records—actually involve equivalent amounts of water usage to animal-based foods, the study showed.

Therefore, the idea that healthier foods track with environmentally-friendlier ones isn’t as clear-cut as many dietary guidelines might have us believe. Neither is the notion that substituting meat with plant-based foods is the cleanest way to eat.

But then how do we apply the study’s complicated findings to our diets? The huge variability of the results might at first make them seem unnavigable. But in fact, this variability is an advantage, the researchers say, because it offers us a lot more choice; this allows us to be more selective and deliberate about the dietary choices we make.

The researchers help to illuminate these choices and guide consumers by using their HENI ranking, which provides specific health impact profiles for selected foods. For example, they showed that eating one hotdog could cost you 36 minutes of healthy life, but replacing that with a serving of nuts could add 26 minutes to your lifespan. Eating a chicken wing, meanwhile, strips you of 3.3 minutes of life. But substituting just 10% of the calories you get from processed meats and beef with a mix of greenlist ingredients—vegetables, nuts, and fruit—cuts your dietary carbon footprint by a third, and for each serving adds almost an hour to your life.

They also drew up a ‘dark red’ list of foods to minimize for health and/or environmental reasons, which includes beef, shrimp, processed meats, and greenhouse-grown vegetables. On the other hand, as a general rule we should increase the share of field-grown fruits, vegetables, legumes, lower-impact seafoods and nuts. Meanwhile, replacing a share of dark red list foods with amber list substitutes including dairy, poultry, and some grains, is an appropriate trade-off that still brings health and environmental benefits, the researchers found.

Their more granular approach gives people more scope and power to align their diets with personal tastes, cost, and sustainability goals, the researchers believe: an individual can swap one food for another in lines with the guidelines and know they’re still making a difference. And because this piecemeal dietary approach probably feels significantly more achievable than entirely switching to plant-based foods, it could also encourage more people to make these small shifts, which will collectively amount to big benefits, the researchers write.

“Overall,  we  hope  this  work  inspires  and  empowers  a  transition  towards  healthy  and  environmentally sustainable diets, changing one food at a time.”

Photo by stevepb on Pixnio