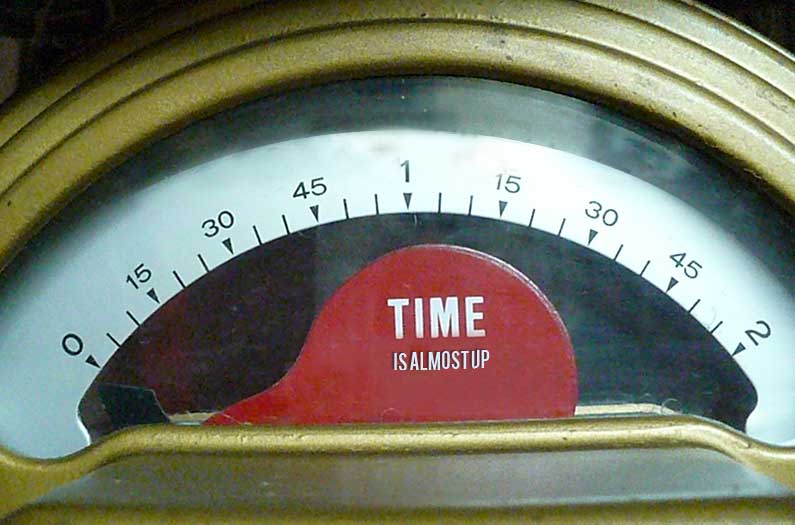 A survey reveals that deadlines don’t cause despair – in fact they may motivate people to support climate action
By Sarah DeWeerdt
September 21, 2021

Reading an article that says we only have 12 years left to reduce emissions before abrupt and catastrophic climate change occurs ups people’s willingness to support government climate policies, according to a new study. The deadline-focused message also increases people’s sense that both individual and collective actions against climate change could be effective.

The findings contribute to an evolving debate about climate communication, and suggest that advocates need not shy away from portraying the urgency of climate action.

This debate traces back to 2018, when a report from the Intergovernmental Panel on Climate Change (IPCC) warned that without fast, dramatic action to reduce greenhouse gas emissions the world will likely reach 1.5 °C of warming between 2030 and 2052. Media reports framed the results as indicating that we only have 12 years left to avert catastrophic climate change. But scientists (including some IPCC report authors) pushed back, saying that this misinterpreted the report and warning that a focus on “deadline-ism” could be demoralizing and cause people to conclude that climate action isn’t worth the effort.

The new study suggests that’s not a concern. “Communicating the idea that there is a short deadline for taking meaningful climate change action might not necessarily be counterproductive, as has sometimes been assumed,” says Patrice Kohl, the study’s lead author and an assistant professor of journalism at the University of Central Florida in Orlando. “Instead, it might actually help build public support for taking climate change action.”

Kohl and Neil Stenhouse, research director with the Organizing Empowerment Project in Washington, D.C., conducted an online survey of 1,023 people in the United States. Participants were randomly sorted into three groups: one group read a short news article that emphasized the 12-year deadline for climate action, one group read an article that refuted the idea of a climate deadline, and the control group read no article. Then the participants answered various questions about their climate-related beliefs.

People who read the deadline-focused article were more likely to say that climate action should be a high priority for the government compared to people in the control group, the researchers report in the journal Environmental Communication.

But the deadline-focused article did increase people’s perception of the severity of climate change, and their confidence that individual and collective actions could make a difference.

“If deadline-ism messaging is counterproductive, we’d expect people reading a 12-year deadline article to feel less like they, and we collectively, can do anything about climate change, and indicate less political support,” Kohl says. “But we found the opposite.”

Reading the article that pushed back against deadline-ism also increased people’s belief in the efficacy of individual and collective climate action, compared to the control group. And when the researchers compared the two articles head to head – that is, deadline-ism versus a no-deadline message – they found that the no-deadline message generated a stronger belief in the effectiveness of collective climate action.

“We don’t know why our study participants responded the way that they did,” Kohl says. “Findings from other studies suggest some possible explanations that I’d like to explore in follow up studies.”

For example, one possibility is that the short time frame of the 12-year deadline made climate change seem more personally relevant to people or upped their fear, and this in turn increased their support for government climate action. And people who read the deadline-focused article may have expressed a greater belief in the efficacy of climate action as a coping mechanism – allowing them to deal with the problem psychologically without denying it.

However, these ideas will need to be tested in future studies. Such studies could also test how the deadline-ism and no-deadline messages fare in comparison to articles on climate change that don’t mention a deadline at all, the researchers say.