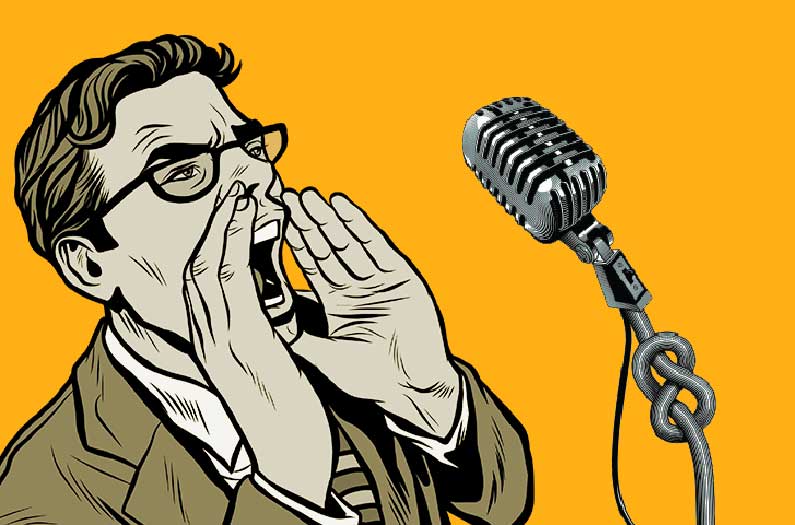 People don’t know what climate experts are talking about

Members of the public have trouble understanding words and phrases that climate scientists often use, according to a new study. The confusion affects both people who accept the reality of climate change and climate change doubters.

If climate change is to be stopped, scientists can’t just communicate amongst themselves. They also need to make their findings understood by policymakers and the general public so that we can collectively take action. This need has led the Intergovernmental Panel on Climate Change (IPCC) and other climate-science organizations to step up their efforts at science communication.

To find out if these efforts are hitting the mark, researchers conducted in-depth interviews with 20 members of the U.S. general public about key terms used in climate change communications. The group of study participants was about evenly split between the climate-concerned (those who accept the scientific consensus that climate change is mostly human-caused) and the climate-ambivalent (who hold varying views on the reality of climate change).

Each 30-40 minute interview covered 8 terms drawn from an IPCC report: tipping point, unprecedented transition, carbon neutral, carbon dioxide removal, adaptation, mitigation, sustainable development, and abrupt change. Participants were asked to share their interpretation of each term and rate how easy it was to understand, and to do the same with a sentence using the term. They were also invited to make suggestions for improving the language to make it clearer and more comprehensible.

Participants rated the terms mitigation, carbon neutral, and unprecedented transition as hardest to understand, the researchers report in the journal Climatic Change. The terms adaptation and abrupt change were rated easiest.

Still, both climate-concerned and climate-ambivalent participants found many of the terms unfamiliar and too technical.  And the sentences that were meant to clarify the terms were sometimes no help because they were wordy and full of jargon.

What’s more, a closer look at the interview transcripts revealed subtle misunderstandings of many of the terms. For example, participants knew what adaptation means but not necessarily what it means in the context of climate change. Even though mitigation was perceived as the hardest term to understand and adaptation one of the easiest, some participants conflated the two (a finding that has popped up in other studies, too). Some people thought that “unprecedented transition” referred to extreme weather events or climate shifts, when in fact the IPCC uses the phrase to indicate sweeping changes to the economy and society that will be necessary to respond to climate change.

Read more:  Baker’s yeast may be the unexpected solution to beer’s sustainability problem

Participants also felt that many of the terms left out crucial details. For example, some didn’t understand how carbon neutrality is achieved, what adaptation was to, or what form of carbon various terms referred to. For carbon dioxide removal, people needed to know what carbon was being removed from and how.

The clear takeaway: “To communicate more clearly, avoid jargon,” says Bruine de Bruin. “As a rule of thumb, words of three syllables or more tend to be less widely understood and more likely to involve jargon. If you must use jargon, try to explain what it means in everyday language.”

Participants suggested that climate scientists should use simpler words when communicating with the general public, clarify the climate change context of various terms, and make the underlying processes explicit. They also made specific suggestions about how to improve or explain various terms (See table.)

Both climate-concerned and climate-ambivalent participants expressed confusion about the terms in the study, as well as being willing to suggest improvements to the language. But while the sample size is large enough to find terms that are misunderstood and how, it wasn’t designed to identify differences between the two groups, Bruine de Bruin says.

“A survey with a large sample would be needed to find out how common these misunderstandings are, and how they are related to climate change concern,” Bruine de Bruin says. Future studies could also examine whether the simpler explanations really do improve public understanding or engagement with climate change.