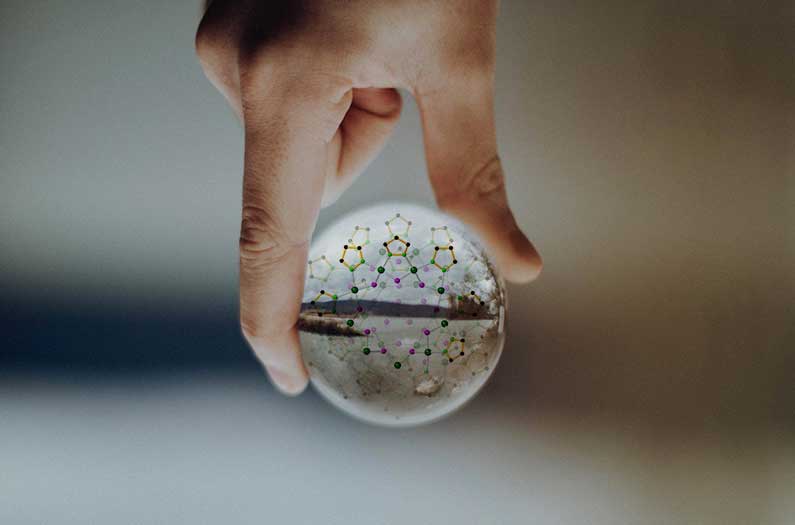 Tiny chemical “nanojars” could remove carbon dioxide from lakes and oceans
Acidification is a serious threat to coral reefs and other aquatic organisms, and researchers propose a simple way to remedy it
By Prachi Patel
September 2, 2021

In what could be an important tool to clean up our lakes and oceans, researchers have made ‘nanojars’ that can capture carbon dioxide and toxins from water.

The simple chemical route, presented at the American Chemical Society Fall meeting, works by reacting with the target molecules, making them easy to remove for potential recycling.

Efforts to combat climate change have typically focused on carbon dioxide in the atmosphere. Several operational and planned projects capture carbon from industrial sources to either be stored permanently underground or be reused to make fuels and chemicals. A handful of companies are also removing carbon dioxide directly from air on large scale.

Gellert Mezei and their colleagues from Western Michigan University made chemical compounds consisting of repeated units of a copper ion, a pyrazole group and a hydroxide. The molecules are suspended in an organic solvent. When exposed to an ion that has a dual negative charge, the repeating units wrap around it and trap it inside: hence the name nanojar.

Target molecules with a double-negative charge include many pollutants like chromate, arsenate, phosphate and carbonate. “We originally developed nanojars to extract harmful negatively charged ions, like chromate and arsenate, from water,” Mezei said. “But it turns out that they also bind strongly to carbonate.”

The team has shown that the nanojars can extract chromate and arsenate from water to levels below what the Environmental Protection Agency allows for drinking water. And they work even better for carbonate, binding with two carbonate ions each instead of one.

Using this remediation method, would involve simply adding the nanojar suspension to water, where it forms a layer floating on top because the solvent does not mix with water. But carbonate and other ions can still enter the chemical layer.

Once those ions have been trapped by the nanojars, the floating layer can be easily separated. Treating the separated mixture with a weak acid breaks apart the nanojars, releasing the ions for disposal or recycling. Phosphate and other ions could be recycled for useful purposes, such as fertilizer, while carbonate ions can be used to make solvents.

Scaling up from a lab-scale to a full-scale system will take time, of course. But Mezei envisions the new treatment could be done at water-treatment facilities into which contaminated water is pumped.