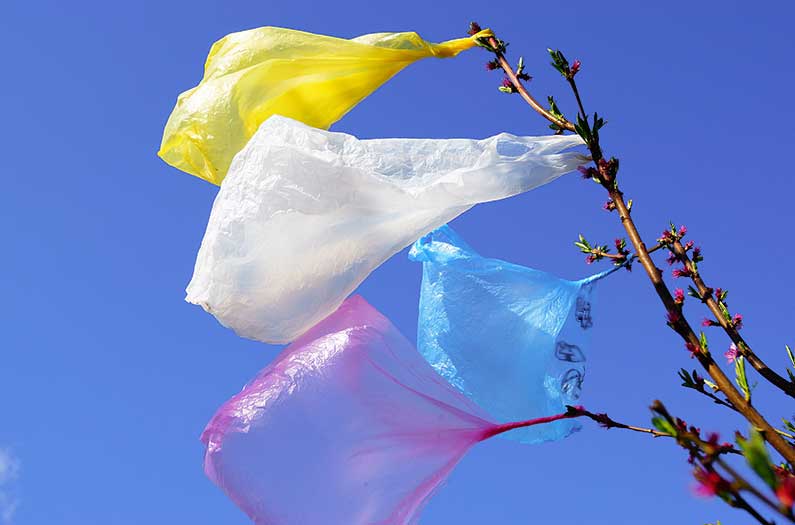 They are a bit of a mixed bag: on one hand, they scatter sunlight causing cooling; on the other, they absorb radiation and contribute to warming
By Prachi Patel
October 21, 2021

Plastics are not just smothering our lands and oceans, they are also in the air we breathe. Microscopic pieces of plastic get swept up from the Earth’s surface into the atmosphere and spiral around the globe, raining down on every corner of the world.

But how do these airborne microplastics affect the climate? They are a bit of a mixed bag, shows the first study to tackle that question. For now, they have a very slight cooling effect on the climate, researchers report in the journal Nature. But that could flip and microplastics could warm the planet, especially as their density in the atmosphere increases.

Much depends on the type of particles and how they are distributed in the atmosphere. And airborne microplastics research is so new that there simply isn’t enough data for precise analyses, says Laura Revell, an atmospheric scientist at the University of Canterbury in New Zealand.

Revell’s research highlights the need for a better understanding of how microplastics are spread around the globe. And provides a warning that as plastic production, and with it airborne plastic pollution, goes up, the effects on the climate could worsen.

Tiny particles of matter in the atmosphere like dust, sea spray condensation, and soot are known to impact the Earth’s climate. The cooling or warming effect depends on the aerosol particles’ size, shape, and composition, as well as on atmospheric and surface conditions. “Most types of aerosols act like tiny disco balls and reflect sunlight back to space,” says Revell.

But little is known about how microplastics behave in the atmosphere. “Overall, airborne microplastics are efficient at scattering sunlight which implies a cooling effect,” she says. “However, they can also absorb radiation emitted by the Earth meaning that they contribute, in a very small way, to the greenhouse effect.”

To measure the climate impact of microplastics, Revell and her colleagues first calculated the optical properties of colorless plastic fragments and fibers, the two most common microplastic shapes. Then they plugged these optical properties into a general climate model with different assumptions about how the particles were distributed in the atmosphere.

With a concentration of 1 microplastic particle per cubic meter uniformly distributed to an altitude of 10 km, the model showed a very slight warming effect. However, assuming that microplastics were only present up to 2 km from the Earth’s surface resulted in a cooling effect because the particles scatter solar radiation in the lower atmosphere.

These assumptions, of course, don’t paint the full picture. For one, microplastics come in a variety of shapes, sizes, and colors, which can all affect whether they reflect or absorb radiation. Plus, the particles’ distribution is dramatically different based on where you measure. Above the West Pacific Ocean, for instance, there might be 0.01 particles per cubic meter of air, while over Beijing it can reach 5,650.

The researchers call for more field studies in urban and remote locations to better understand the distribution of airborne microplastics. They also point to the need for research to assess whether microplastics can affect local climate, say creating heat extremes especially in urban environments that have high microplastic concentrations.