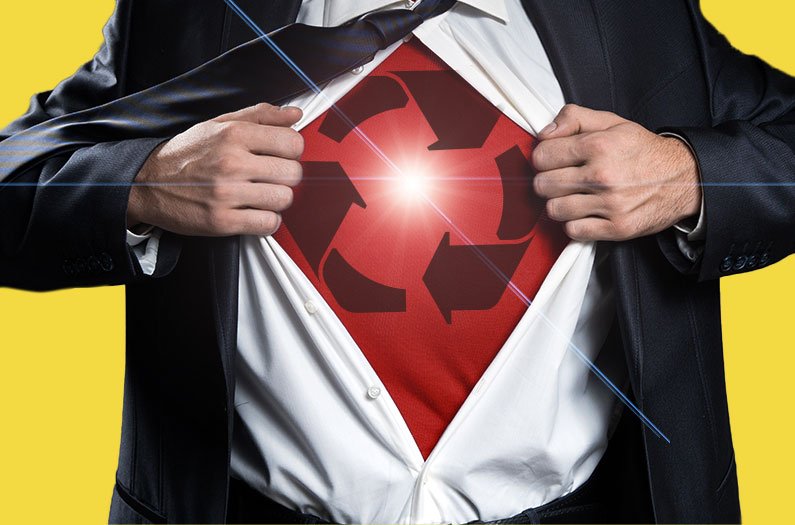 The warm glow people get from recycling has a downside

Researchers designed three studies to suss out the psychological mechanisms at play as people decide what to do with their trash.
By Sarah DeWeerdt
October 26, 2021

People who are told their plastic bottles are destined to be recycled into clothing are more likely to choose to drink from single-use plastic rather than reusable glass, according to a new study.

Those who are told their food waste will be turned into biofuel are also less likely to make an effort to avoid waste.

The findings suggest that touting efforts to recycle waste into useful products may paradoxically make people perceive generating waste as the more sustainable option. “People may come to psychologically frame their waste creation as a contribution to the collective good that makes them feel good about themselves,” researchers write in a paper published in the Journal of Environmental Psychology.

Past studies have shown that efforts to increase sustainability can sometimes backfire. For example, improvements in energy efficiency can lead to a ‘rebound effect’ where people increase their energy use, and the introduction of recycling schemes can sometimes result in people shifting away from reusable and towards single-use items.

But until now, it hasn’t been clear why people behave this way.

Researchers designed three studies to suss out the psychological mechanisms at play as people decide what to do with their trash and leftovers.

In one study, people were recruited to taste-test cookies. They could either dispose of the leftovers in a bin, or take them to a basket on a different floor where they would be available for others to eat.

Participants were nearly twice as likely to discard their leftovers when they were told to put the leftovers in a bin of waste to be turned into biofuel than when they were told to put them in either a general waste bin or a biodegradable waste bin. In other words, “participants become less willing to exert effort to avoid creating unnecessary food waste when they think that waste is being transformed into a useful product,” the researchers write.

Next, the researchers asked a different group of participants to imagine they were participating in a similar cookie taste-test: how would they feel about having chosen different waste disposal options?

Participants imagined more positive feelings – what the researchers characterize as a ‘warm glow’ – from discarding the leftover cookies in a bin to be turned into biofuel than from saving them for others to eat.

The results “suggest that the warm glow induced by a recycling option may indeed lead participants to exert less effort to avoid creating waste in the first place, although they are well aware that this would be the most responsible thing to do in its absence,” the researchers write. “People convince themselves that discarding waste represents a more moral act than avoiding the generation of the waste in the first place.”

Finally, in a third study the researchers recruited participants to taste-test a new beverage. They could choose sample the beverage from either a single-use plastic bottle or a glass tumbler – both filled from a larger dispenser.

“Participants were 50% more likely to choose a single-use plastic bottle for a drink instead of a glass tumbler when they were told that the plastic would be recycled to make clothes,” the researchers report. Their statistical analysis suggests that this choice was driven by the participants feeling more of that warm glow about the plastic bottle when they were told to dispose of it in the bin to be recycled into something new.

The results suggest that sustainability communications should focus on encouraging people to reduce waste, rather than advertising the new products that can be made from recycled materials. Not that we should stop making recycled products – but that we shouldn’t hold them up as the pinnacle of sustainability, or an end in themselves, the researchers say.