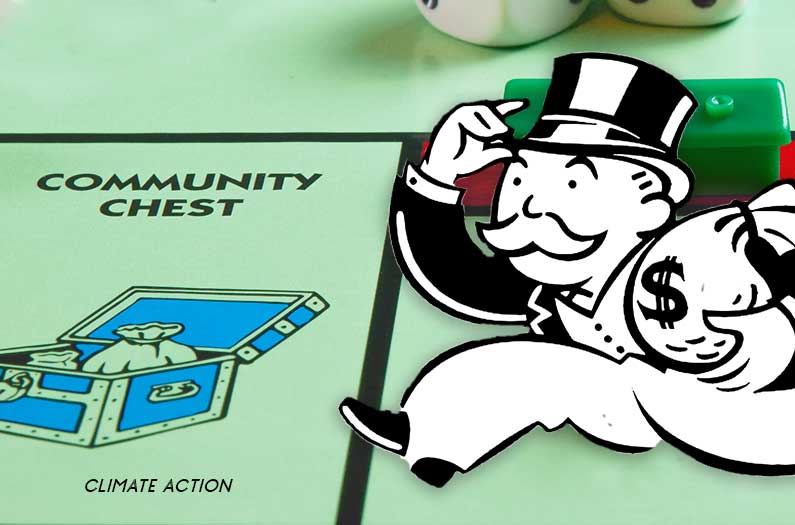 The outsized potential of the wealthy and well-connected to accelerate climate action
Yes, they are conspicuous consumers, but researchers have identified five example-setting behaviors that could have a larger and more positive impact.
By Prachi Patel
October 7, 2021

In climate debates, fingers often point to the extravagant energy-use and consumption of the world’s wealthy. The upper crust does contribute significantly more to climate change than others. But they can also play an outsized role in the fight against climate change through personal choices and influence on others, and should be encouraged to wield this power, researchers argue in a paper in Nature Energy.

Addressing the climate crisis will require changing individual, organizational, and political decisions and behavior, says lead author Kristian Nielsen, who studies environmental psychology at the University of Cambridge. “Pulling on all levers will be critical to accelerate climate mitigation. We show that some members of society have more power to influence such decisions than others. Our hope is therefore that people of high socioeconomic status realize their power.”

Nielsen and his colleagues don’t limit their definition of high socioeconomic status (SES) to the super-rich and famous. Their definition includes those with higher income and wealth—including everyone with an annual income of US $109,000 and above—but also occupational class, neighborhood quality and social networks. Many readers of this magazine could qualify.

The researchers identify four ways that high-SES people impact greenhouse gas emissions aside from being consumers. This includes investors, role models, participants in organizations, and as citizens who can influence public policies or corporate behavior.

Through these five roles, high-SES people can shape their own choices and others’, leading to action that either increases or reduces fossil fuel production and consumption. “Changing their behavior to promote climate mitigation through either of these roles could potentially have profound effects that may influence the carbon footprint of other people too,” Nielsen says.

Most of the consumption-related emissions that high-SES people produce are due to air travel, motor vehicle use, and housing. Flying is the most energy-intensive consumer behavior, and high-SES people fly substantially more than others for business and private reasons. Changing social norms around air travel is imperative to decrease GHG emissions. Similarly, through their purchase power, high-SES people can help the transition towards energy-efficient vehicles, as well as towards more walking, biking, and public transit.

Discover more:  How much can planting trees offset a city’s emissions?

Money talks, and as investors, high-SES people can push companies to address their emissions by shifting investments to low-emissions companies and mutual funds. They can influence organizations like universities and church groups, which have led efforts to divest from fossil fuels, through their personal contacts or by joining boards.

As role models, high-SES people can speed up climate action by, say, driving energy-efficient vehicles or eating a vegan diet. Hybrid and then all-electric vehicles, for instance, soared in popularity because of celebrities adopting and promoting them, the researchers point out.

High-SES people can influence the carbon footprint of organizations as owners, managers, board members, and employees, the researchers say. Plus, they can indirectly influence the emissions of their organizations’ suppliers, customers, and competitors.

Finally, the influence that high-SES people can have on public policies as citizens, by voting, lobbying and participating in social movements, is powerful. Their financial resources to make donations typically gives them greater access to and more influence on decision makers.

Experts have for years debated the role of individual consumers versus the fossil fuel industry on the climate. But focusing on personal consumption versus systemic change is unproductive and undermines progress, Nielsen says. Instead, it is important to view individuals as an integral part of the system and recognizing that “some people have disproportionate influence in the nature and design of the system. People can promote or prevent change through multiple roles and they’re not only restricted to what they do as consumers.”