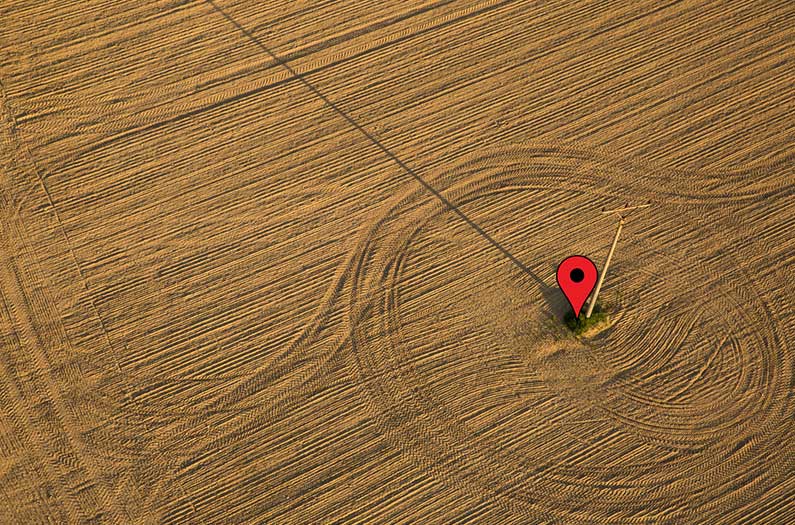 Soil may be one of the best tools we have to tackle climate change, if we can curtail the vast amounts of greenhouse gas it emits into the atmosphere, suggest a group of researchers writing in Nature Food.

They’ve created a comprehensive map that identifies dozens of global hotspots where we could do that, to bring agriculture in line with climate targets. Intriguingly, they find that cutting emissions across just 20% of global cropland where fertilizers are prevalent could achieve the majority of reductions we need to reach that goal—while leaving food production unchanged.

In farmland soils, the most worrying source of greenhouse gas emissions is embodied by nitrous oxide (N₂O) pollution, which occurs through the application of synthetic fertilizers to crops. When those fertilizers hit the soil, microbes within oxidize the ammonia it contains, and in the process release nitrous oxide as a byproduct into the atmosphere.

This has a huge bearing on our efforts to tackle climate change and keep temperatures below a certain level, because nitrous oxide has a warming impact 300-fold more potent than CO2.  Curtailing its release from farmland is especially crucial, because agricultural soils are the largest anthropogenic source of this gas. However, previous uncertainty about where most of these emissions occur across the globe has hampered efforts to rein it in.

That changes with this study. The researchers combined data on soil emissions generated by nitrogen fertilizer, taken from 234 farm sites across 31 countries, between 1980 to 2018. These sites also incorporated a range of staple crop types, from rice, to maize, and wheat, and occurred across a variety of climatic regions and soil types. Using artificial intelligence to parse through this large body of data, the researchers were able to create a much more granular view than before of global cropland N₂O emissions. What this revealed, first of all, is the huge variability in N₂O emissions across the planet’s agricultural soils, with some regions showing much higher emissions than others. The next finding surprised the researchers: the primary drivers of N₂O emission weren’t necessarily the application of fertilizers by farmers, but rather, specific regional climatic conditions, and the type of soil, they found.

The researchers discovered that hotspots of nitrous oxide emissions often occurred in regions where the local climate was humid, where levels of soil organic carbon were high, or where soil is more saturated with water. These features—which can affect the enzyme and metabolic activity of soil microbes—were found to play a bigger role than fertilizer application in how much N₂O the soil released.

However fertilizer, especially when it’s applied excessively, still drives the release of considerable amounts of nitrous oxide. Crucially, it’s also a method for bringing down emissions from farmland soils that we can directly control.

So, the researchers then set out to identify locations where the mapped N₂O emissions overlapped with a surplus of applied nitrogen fertilizer. This revealed is that we could reduce nitrogen emissions from soil by a striking 30%, by cutting back fertilizer application to only what’s needed across these locations—which wouldn’t affect crop yields or food security.

Helpfully for enacting this enormous task, the researchers found that two-thirds of that necessary reduction could be achieved by cutting back fertilizer on just 20% of the global farmland where fertilizer is excessively applied.

Meanwhile, the majority of emissions produced by excess fertilizer came from 10 countries, suggesting that efforts to bring down emissions could be targeted at these nations first.

By pointing to these agricultural hotspots of N₂O, the researchers hope their findings help inform policies that target fertilizer application and leverage the power of agriculture to help bring global emissions down. But they also emphasize that reducing fertilizer use isn’t a silver bullet. For example, the study revealed that some of the largest national emitters of N₂O were Canada, Indonesia and France, and yet, these countries have among the lowest rates of nitrogen fertilizer use. This suggests N₂O emissions are driven by other factors, such as local climate.

That means we’ll need various approaches to cut back on those emissions, if agriculture as a whole is going to move us closer to our climate targets. Those could be growing more nitrogen-fixing crops for instance, or applying farming methods that keep more N₂O locked in the soil.

As with so many agricultural challenges, after all, we’ll need a well-stocked toolbox of solutions to bring our food systems in line with our climate goals.