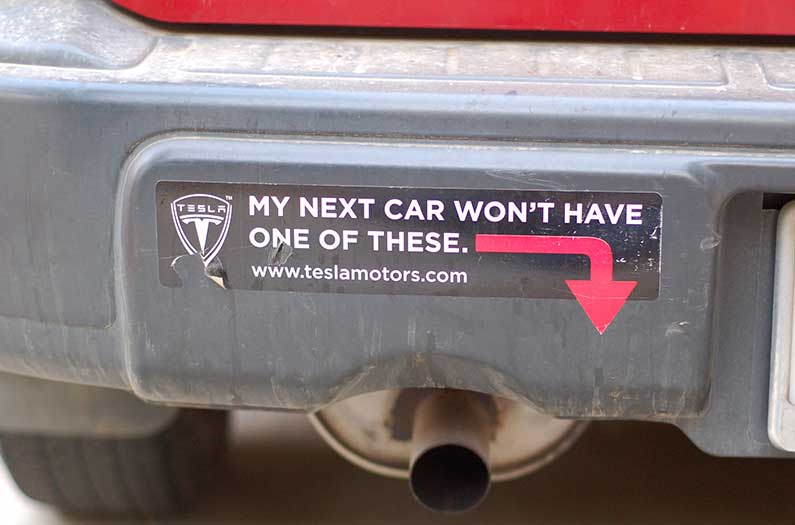 Is it better for the climate to go out and buy the latest, most fuel-efficient car, or keep driving the fairly decent car you already own for a little while longer? The answer is probably the latter, a new study suggests.

The study is the latest example of a growing body of research that suggests making do with what you have often constitutes climate action.

“Extending the lifetime of new and used will be highly important as we make the transition to alternative fuel vehicles,” says study team member Yuya Nakamoto, lecturer in economics at Oita University in Japan. “In other words, we can reduce CO2 emissions just by keeping and driving cars longer.”

A few past studies have also shown that faster replacement of less-efficient with more-efficient cars actually increases greenhouse gas emissions. But those studies essentially assumed that a car was scrapped as soon as its first owner replaced it. The new study is the first to take into account the used car market in combination with the inherent limits to a car’s physical lifespan.

Nakamoto and Shigemi Kagawa, professor of economics at Kyushu University in Japan, developed a mathematical model of the life cycle of automobiles, including manufacturing, first ownership, the used car market, and the carbon emissions associated with each of these phases.

They used this model to analyze data on the new cars sold in Japan from 1990 to 2016 and used cars that were generated during the same period.

In Japan, the average overall lifespan of gasoline cars is 13.3 years, and first owners typically hold on to new cars for about half that period, 7.8 years. (Many other wealthy countries have comparable automobile ownership periods, the researchers found in a previous study—so the results of the new study probably apply more broadly than Japan, Nakamoto says.)

A major reason for this is that the greenhouse gas impact of manufacturing is pretty hefty, responsible for nearly one-quarter of the cumulative carbon footprint of automobiles in Japan from 1990-2016. When people hold on to their vehicles for longer, the reduced emissions from manufacturing more than cancel out the increased emissions from driving a slightly less fuel efficient older car.

What about the impact of replacing gasoline cars with electric cars? “The answer is highly dependent on the energy mix of the power sector,” Nakamoto says. If the electricity supply comes from burning fossil fuels, a faster transition to electric vehicles is likely to increase the overall carbon footprint of automobiles—especially since manufacturing alternative fuel vehicles currently results in about twice the carbon emissions as manufacturing gasoline cars. But a firmer answer to the question would require a more detailed study, says Nakamoto.

Right now, measures to reduce the climate impact of automobiles mostly focus on the driving phase, such as through fuel economy standards. But to reduce emissions over a vehicle’s whole life cycle, car makers should pay more attention to designing vehicles that will last longer, and creating parts and maintenance systems to keep cars on the road longer, the researchers say. For governments, there’s an opportunity to precisely craft car registration and inspection policies to spur the replacement of really out-of-date and inefficient cars with newer ones, while encouraging drivers to hold on to newer, reasonably fuel-efficient cars for longer.