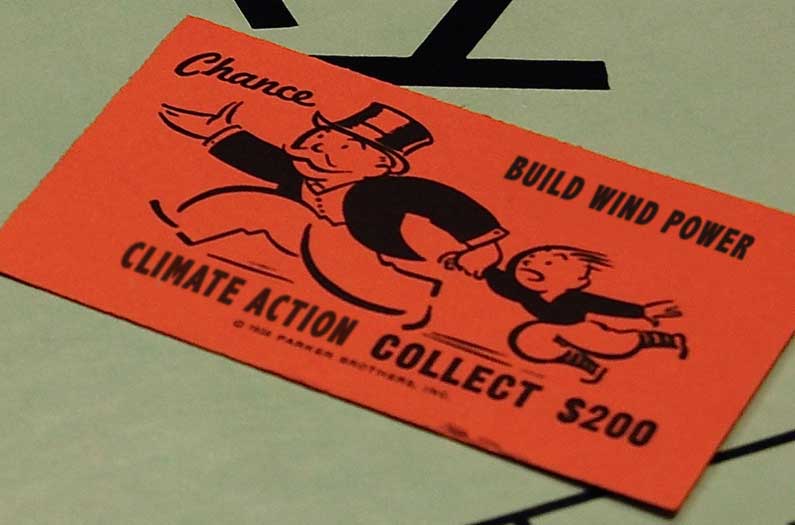 Climate action pays for itself a lot sooner than you think

Near-term benefits of decarbonization are mostly from improved air quality, not reduced heat -- but those benefits are substantial.
By Sarah DeWeerdt
November 2, 2021

Rapid and massive action to decarbonize the U.S. economy will net the country trillions of dollars in savings over the next few decades alone, according to a new study—even if the rest of the world does nothing.

Plenty of research has shown that in the long term, the costs of climate change will be much greater than the costs of retooling society to reduce emissions and keep climate change in check. But the conventional wisdom has been that it will take many decades to “break even” on decarbonization from a financial point of view. And the prospect of short-term pain for only long-term gain has made it difficult to generate political support for climate action now.

The new study overturns these assumptions. To do so, researchers combined existing climate and economic models with the latest epidemiological data on the health risks of air pollution, heat, and other climate change effects.

“Health benefits of both clean air and reduced climate change are far larger than previously estimated,” the researchers write in a paper published in the Proceedings of the National Academy of Sciences. “Considering these additional benefits of emissions reductions, benefits outweigh costs even in the near term.”

Aggressive action to move the economy away from fossil fuels will quickly decrease air pollutants such as nitrogen oxides, sulfur dioxide, surface ozone, and particulate matter. In turn, that will lead to fewer premature deaths, reduced health care costs, improved productivity of the labor force, and better crop yields. The economic benefits of cleaner air will outpace the costs of decarbonization within the first decade, the researchers found.

It’s true that it will take time for aggressive climate action today to show up in global average temperatures. Accordingly, the health and economic benefits of decarbonization are mostly from improved air quality in immediate future; the benefits of reduced exposure to heat show up later in the century.

Overall, reducing US emissions in line with keeping global warming to 2 °C “would prevent roughly 4.5 million premature deaths, about 1.4 million hospitalizations and emergency room visits, ~300 million lost workdays, about 1.7 million incidences of dementia, and about 440 million tons of crop losses” over the next 50 years compared to what is predicted with continued high carbon emissions, the researchers write. The benefits are even bigger with further emissions reductions consistent with a 1.5 °C warming pathway.

In monetary terms, the public health benefits from decarbonization are worth up to $39 trillion through 2050, and up to $163 trillion by the end of the century, the researchers calculated.

What’s more, the majority of the health benefits from reduced air pollution, especially early on, depend only on U.S. actions. That means decarbonization would make good economic sense for the country even if the rest of the world did nothing to fight climate change.

(Although, of course, it also means that those massive public health benefits from reduced heat exposure depend on global cooperation—no pressure on the delegates at COP26, though.)

Emphasizing these immediate and local benefits could help build support for climate action, the researchers say. With that in mind, they also quantified the benefits of decarbonization for individual U.S. states—and made the data publicly available.

“Quantification of the near-term benefits to society may be helpful in overcoming the widespread perception of climate change as a nonurgent and distant risk by highlighting both what can be gained from immediate action and the local benefits that citizens find compelling,” they write.

Source: Shindell D. et al. “Temporal and spatial distribution of health, labor, and crop benefits of climate change mitigation in the United States.” Proceedings of the National Academy of Sciences 2021.