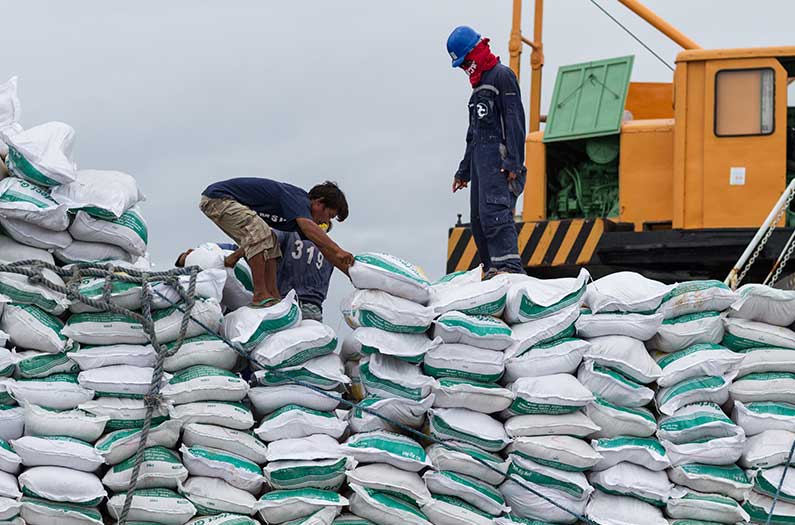 Researchers make the case for a ‘cap-and-trade’-style system that would distribute nitrogen and phosphorus more evenly around the planet.
By Emma Bryce
December 3, 2021
A team of researchers has made an argument for a global trade of excess nitrogen and phosphorus to tackle agriculture’s pollution and emissions problem, while improving global food security at the same time.
Nitrogen and phosphorus are cornerstones of life on earth, and our ability to make and mine these nutrients at large scales underpins industrial food systems in many parts of the world. Yet there are enormous global disparities in the availability of both, with some regions over-endowed, while others suffer a severe lack.
In fact, as they write in their perspective piece in Nature Food, the researchers note that half of the world’s nitrogen fertilizer is applied to just 10% of global land, mainly concentrated in wealthy western countries.
Ironically, this global imbalance has brought problems for everyone—not just those in poorer countries, who struggle with undernutrition and social instability because of nutrient-depleted soils and reduced food production. In wealthier nations, easy availability of nitrogen and phosphorus has led to excessive application, triggering run-off from farmland, widespread pollution, lake and ocean eutrophication and largescale ecosystem destruction—problems that have cost the European Union between €70–€320 billion, and the United States between US$81–US$441 over the years.
For this, the researchers have a creative suggestion: we should manage global nutrient excesses the way we manage industries’ carbon emissions, under a cap-and-trade system. This system could be imposed by a global treaty on nutrient redistribution, and as they explain it, the need to import or export would be determined by factors such as the country’s nutrient needs according to its population, its historic levels of nutrient use, and how much excess nitrogen and phosphorus it puts into the environment. Where countries produce excess nutrients beyond a predetermined ‘cap’, they would be encouraged through voluntary mechanisms at first, to distribute that excess to deficit countries. This distribution would be enabled by trade.
The incentive would be the mutual benefit that this system allows. For instance, in carbon markets, this system works by enabling companies that produce less pollution to sell their excess allocation to other companies who need to emit more, under an overall industry cap. In the agricultural nutrients scenario, this system would bring a double benefit: countries that have a nutrient deficit can carry the nutrient ‘burden’ for overproducing countries and help clean up their pollution problem, while themselves benefiting from more productive soils. Over time, this system would start to bring down excess production. “The cap-and-trade type of system would reduce nutrient use until we are below the cap and keep us there,” explains Helena Kahiluoto, professor of sustainability science at the Lappeenranta University of Technology, Finland, and lead author on the paper.
Of course, this big idea comes with a host of practical and policy challenges—not least of which is incentivizing countries to take part. But the potential could be enormous, according to the researchers’ calculations. Two-thirds of the nitrogen and phosphorus contained in manure produced annually in the European Union would be enough to recuperate the world’s depleted soils in just a few decades, they say.
They also calculate that the annual cost for over-producing countries to redistribute these nutrients would be between $11 billion to $38 billion, far short of the estimated $441 billion damage done annually by nitrogen pollution in the US alone. Meanwhile, fertilizer application is currently so excessive that eliminating nutrient overuse would still allow a 30% increase in the production of staple cereals worldwide, the researchers calculate.
“Overloading the stern will sink a boat; distributing the load equally will save all — a metaphor that applies to the global distribution of nutrients,” they write.
Read:  What’s driving the remarkable decline of urban sprawl in the US?