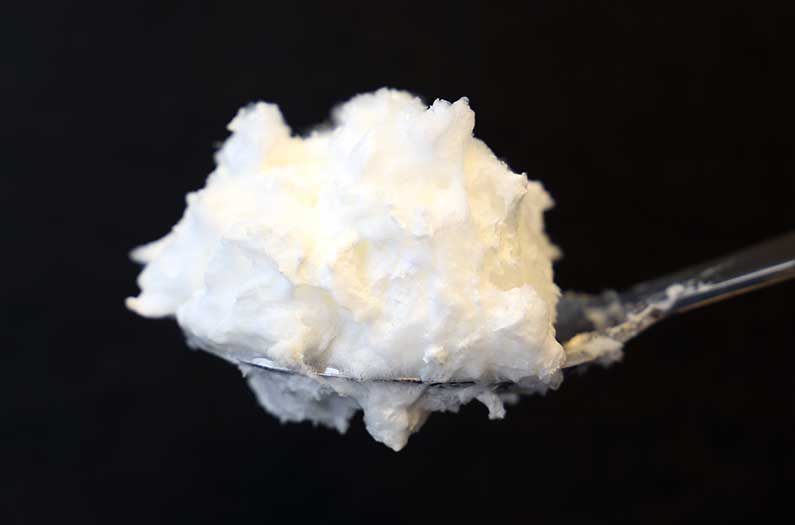 A recent analysis found we could cut greenhouse gases associated with egg farming by more than half—and land use by almost 90%.
By Emma Bryce
January 14, 2022

A research team working on cellular agriculture has identified a more sustainable way to produce the critical proteins in egg whites—now essential in myriad food and pharmaceutical products—with fungus.

This unusual alternative could cut back greenhouse gases associated with egg farming by more than half, they believe.

The key ingredient in egg whites, a protein called ovalbumin, is sought after for its health properties and high stability under intense heat. This makes it useful for a whole range of dietary and medical applications.

As demand for ovalbumin grows, scientists have been exploring more efficient but also more sustainable methods of producing it than farming chickens. These are now the most numerous livestock on earth, and this abundance brings with it several environmental threats, from land clearing, to biodiversity loss, and water and air pollution.

This is where Trichoderma reesei comes in: this common fungus, when engineered to contain a specific gene found in chickens, can actually be instructed to churn out ovalbumin. When grown in bioreactors, it’s the perfect candidate for ‘cellular agriculture’, wherein biotechnology is used to produce cell-based analogs of conventional animal products—separating food production from the field.

But as interest in this alternative egg white grows, the researchers on the new Nature Food study wanted to investigate whether fungus-derived ovalbumin also stacks up better environmentally.

Their investigation used a life cycle assessment to compare conventional egg production with cellular agriculture across three European countries, and it made two key discoveries. Firstly, producing ovalbumin from fungus in densely-packed bioreactors could cut back land use by almost 90 percent. Much of this is thanks to the fact that the fungus doesn’t need feed to fuel its growth like chickens do. In fact, while 27.5 kilograms of feed would be required to produce 1 kilogram of egg protein, producing the same amount of fungus-derived protein requires just 2.5 kilograms of inputs.

Recommended Reading:
How much is a mangrove forest worth? In some places, $850,000 per hectare.

This process also results in up to 55% less greenhouse gas emissions than egg whites, largely because of the reduced land conversion and production costs of feeding and housing chickens, the life cycle analysis revealed.

Some impacts varied across contexts—for instance, the risk of water eutrophication and water use from cellular agriculture is higher in Poland, one of the three example countries where the researchers compared production methods.

Another factor that could increase the impact of fungus-derived ovalbumin is the considerable amount of electricity that’s required to drive the bioreactors. But here the researchers calculate that there’s actually an opportunity: they found that including a larger share of renewables in the energy mix could in fact further bring down the greenhouse gas impacts of ovalbumin by up to 72%. Using leftover agricultural waste as feedstock for the fungus could bring down its emissions footprint further.

Overall, making this widespread and essential ingredient from fungus squares up as the environmentally-smarter option than eggs, especially when it comes to land-use and emissions.

Whether fungus will be accepted as the solution to this particular culinary challenge remains to be seen. But regardless, the study adds weight to the idea that to make our diets more sustainable, we may increasingly need to look at decoupling food production from the land.