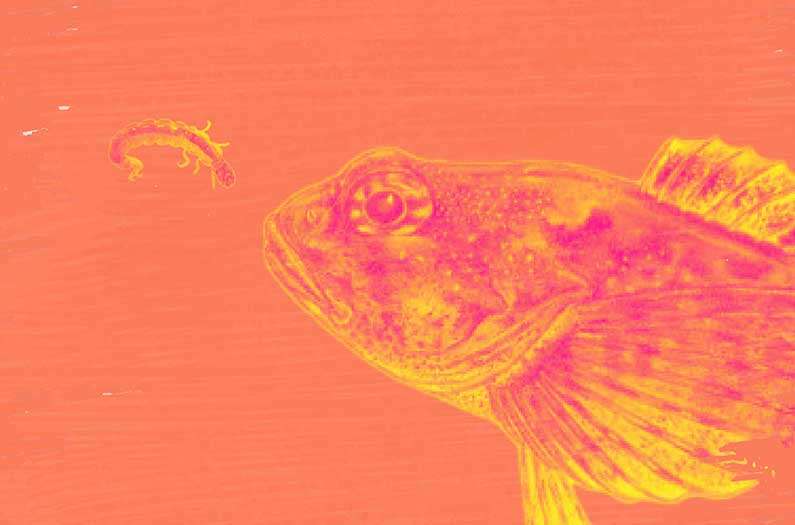 Study underscores the power of top predators to shape ecosystems—even helping to keep them cool during heatwaves
By Warren Cornwall
January 26, 2022

Sometimes even a finger-length fish can make all the difference in an ecosystem. As many of the world’s wild places confront a double-whammy of a warming climate and vanishing species, new research suggests that predators as small as the lowly sculpin could help dampen ecological turmoil triggered by heatwaves.

The findings from a mountain stream in northern Japan show how a heatwave hangover can ripple through a place even after temperatures have fallen, and that losing top predators could make it harder for ecosystems to bounce back.

“This highlights how the climate and biodiversity crises are completely intertwined, really just two sides of the same coin,” said Samuel Ross, researcher at the Trinity College in Dublin, Ireland, who led the work.

The power of top predators to shape an ecosystem has been seen in a number of places. Famously , some streams in Yellowstone National Park bounced back when wolves were reintroduced, driving down the numbers of elk that grazed on streamside willows. Mixing climate change with species extinction could further complicate this picture in ecosystems shaped by myriad interconnections between predator and prey.

To see how this might unfold in a stream ecosystem, Ross and fellow researchers from Japan and the U.S. created the equivalent of “mini-streams” alongside a natural creek flowing past the Tomakomai Experimental Forest field station on the northernmost Japanese island of Hokkaido. Water from the creek was funneled into 48 tanks stocked with material pulled from the streambed, including algae and insect larvae. A single sculpin – a small, 3-inch fish that is nevertheless the predatory king of this stream – was placed into half of the tanks. Then, the scientists turned up the heat.

In 16 of the tanks – half with fish and half without – the temperature was raised nearly 3°C and then lowered after five days to simulate a typical heatwave of today. In another third of the tanks, the temperature was cranked up by 6°C (nearly 11°F), the potential climate-change-fueled heatwaves for the region near the end of the 21st century. The remaining tanks stayed cool.

In tanks given a dose of heat, the algae communities became less diverse even 20 days after the fake heatwaves – as measured by variation among plants growing on three different tiles placed in each tank. Loss of diversity can make an ecosystem more vulnerable, because it’s less flexible in responding to a disturbance.

But that loss of diversity didn’t happen when a sculpin was around, even in tanks hit by heatwaves, according to results published late last year in Global Change Biology.

While it’s not clear exactly how the sculpin influenced what happened to the plants, the researchers suspect it came when the fish ate insects that feed on plant detritus such as old leaves. Tanks without fish had more insect larvae and a greater variety, which in turn led to more plant detritus disappearing. The results point to a “classic trophic cascade,” the authors wrote, in which the actions of a predator affect not just their direct prey, but the organisms eaten by their prey.

The results show “how intact ecological communities can play a critical role in mitigating against the effects of climate change,” said Jorge Garcia Molinos, a Hokkaido University researcher involved in the experiment.