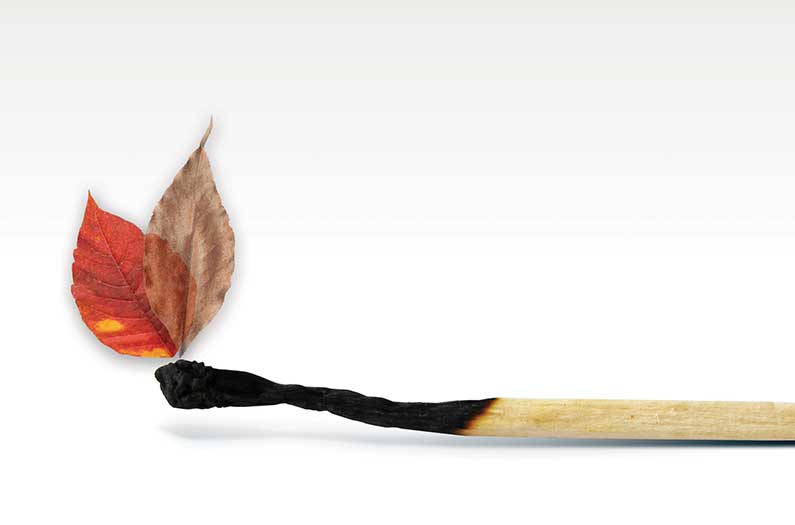 TO BUILD A FIRE

The idea is pretty much what it sounds like.
The trick is to get from here to there.

If fire were wine, Clay Davis would be a sommelier. But he’s not creating the perfect pairing menu (Davis’s tastes run more toward a good IPA). Instead, the Feather River district manager with the US Forest Service can scan the parched hills surrounding Concow, a tiny community in the Sierra Nevada foothills, and know what kind of fire they need—and when. Small, relatively cool fires can move through quickly and remove the grass and scrub. Slightly hotter blazes for the tangles of poison oak and manzanita. Only the most blistering fires will kill trees and turn vast swaths of land into moonscapes.

Recently, however, these have been the only fires this part of California is seeing. The Butte Lightning Complex fires ripped through town in 2008, as did the 2018 Camp Fire. And the 2021 Dixie Fire, which has burned more than 1,500 square miles, began just up the road.

Historically, Davis and other employees of the US Forest Service suppressed fire at all costs. More recently, forest managers and firefighters alike have understood that getting more fire on the land is key to preventing massive wildfires. But they have mostly thought in terms of prescribed burns designed to reduce fuel loads. Now the new thinking is more nuanced, looking further into the future. It is aimed not just at preventing fires but also at nurturing a desired landscape.

A range of fire types and intensities creates a healthy variety of plants and animals that, in turn, help prevent the kind of scorched-earth conflagrations that make the news every summer. This philosophy, which ecologists have come to embrace—and one that’s long been known to indigenous peoples throughout the West—is known as pyrodiversity.

And the small town of Concow in Northern California is ground zero for translating it into practice. The Concow Pyrodiversity Project will reintroduce a variety of fire types to the area, to reduce thick undergrowth that fuels megafires—all while helping restore terrain damaged by previous wildfires. It’s a complete 180-degree turn from previous Forest Service policy, but Davis says that the “new normal” of devastating wildfires has forced them to act. And few places have been harder hit than Concow.

To the uninitiated, a fire is a fire. It’s hot, it burns, it destroys the land. The reality is far different. Fire rarely burns everything in its path, Davis says. Natural fire is fundamentally patchy: parts of a blaze are hotter than others, flames are at different heights, and it affects differently sized areas of the land. Not only is there diversity within the same fire, but environmental conditions such as wind, drought, and local flora can create differences across time and space. This pyrodiversity is innate to fire, according to Davis. The idea became part of ecology’s zeitgeist in 1992, when ecologists Robert Martin and David Sapsis translated it into a pithy phrase: “Pyrodiversity begets biodiversity.” Since then, a growing body of research has confirmed the concept.

A team of scientists with the California Department of Fish and Wildlife scattered 1,500 camera traps across the northern part of the state from 2009-2018. A decade of measurements revealed that the strongest predictor of carnivore presence was intermediate-severity fire within the previous two years. Ornithologists across North America, Africa, and Australia have found that pyrodiversity increases the number of bird species in a variety of ecosystems. Entomologists reported similar benefits: pyrodiversity improves pollinator numbers, which consequently helps increase the richness of an area’s flora.

Ray Gutierrez has always known this. An ecologist and member of the Wuksachi band of Mono Indians, his people have long used fire to shape the land. When his mother wanted sourberry and redbud branches for basket-weaving, she knew it was time to begin burning. It was an ethos that smacked up against nonindigenous rules and beliefs around fire. To Europeans, fire was destructive and, like all native practices, needed to be banned.

“My people had been putting fire on the ground for millennia,” Gutierrez says. But now his mother would be breaking the law by doing her traditional burning.

Standing atop a butte near the Concow Reservoir, Davis points to the dense vegetation covering the deep ravines of Flea Valley. With so much fuel, even a few licks of flame can easily become an out-of-control wildfire, he says. California’s patchwork quilt of fire types used by indigenous peoples has been replaced by a monoculture of extreme blazes.

In some places, fire needs to be hotter and more intense to remove trees and create openings in the canopy. In scrublands, relatively cool fire would remove the leaf litter and dense thickets.

Gutteriez’s comment, however, begs a difficult question. The California that his ancestors called home now has a population of 40 million. What should traditional burning and pyrodiversity look like within the context of a modern landscape?

Fire managers must contend with the enormous danger that fires pose to personal property and businesses. They are constrained by air pollution laws and concerns. And traditional burning can carry a hefty price tag. For a long time, these barriers made it almost impossible to get any real efforts underway. Then, early on the morning of November 8, 2018, high winds blew down a live power line that sparked the most expensive disaster worldwide that year. The Camp Fire killed 85 people and left hundreds homeless, destroying 95 percent of Concow and nearby Paradise. “What happened in 2018 changed everything,” Davis said.

Later that year, with the memory of ash and soot in the air, Gus Boston, Butte County Battalion Chief at the California Department of Forestry and Fire Protection (CAL FIRE), gathered a local group of fire experts on an exposed ridge above Concow. Boston convened the meeting to discuss building fire resiliency into the area’s recovery. But what began as a small get-together with Davis and other officials ended with the bald, barrel-chested Boston delivering a fire-and-brimstone sermon on the importance of pyrodiversity. It was, said USFS silviculturist Ryan Davy, “Sinners in the Hands of an Angry God” meets “Inferno.”

No one on that ridge was a stranger to fire, but the speed and savagery with which the Camp Fire moved through Concow and Paradise terrified everyone. Boston believed CAL FIRE needed to try something new, and a conversation with UC Davis ecologist Malcolm North introduced him to the idea of pyrodiversity. What if, Boston suggested, officials could work to prevent future megablazes by introducing a range of fire intensities around Concow?

And so the Concow Pyrodiversity Project was born. Davis, with his decades of expertise in fire and forest management, headed up the initiative. With others from the Forest Service, CAL FIRE, and Butte County, the team has spent the past year surveying the area’s vegetation to figure out what kind of fire would most benefit the land, in what areas and in what seasons. In some places, fire needs to be hotter and more intense to remove some trees and create openings in the canopy to create new growth. In scrublands, relatively cool fire would remove the leaf litter and dense thickets. Getting higher-ups to approve the audacious plan, however, was a challenge.

“During the Bear Fire last year in the middle of COVID, I was in the middle of explaining to my bosses why we needed to cut trees down when the sheriff came to tell us to evacuate,” Davis recalled.

To date, Davis and Boston have identified large swaths of wilderness around Concow that need burning, and they are working to determine the best type of fire needed to reduce the fuel load and improve the area’s biodiversity. Work on the project had to be temporarily halted to deal with the nearby Dixie Fire, which burned for months before being contained. It’s a problem that fire managers struggle with throughout the West, says Eric Knapp, a research ecologist at the US Department of Agriculture, because so many resources are needed to contain existing fires that there’s little energy left for more forward-thinking approaches.

Even some Concow residents are wary. Teri Wynne, who lost her home to wildfires in 2008 and again in 2018, agrees that the area needs more pyrodiversity and that officials need to incorporate that approach as they work to rebuild the area. But she thinks the large, multi-acre fires planned by the Project are too big. The 2008 loss occurred after CAL FIRE lost control of a backburn in an attempt to save the town. “What if it happens again?” she asks.

A few acres might be small in comparison to recent megafires, but it’s still a large area to control. Wynne prefers the strategy of the local Maidu people, who burn much smaller forest patches. To her, this is safer and more effective, although she acknowledges it would require more resources.

Her comment in many ways gets at the crux of the matter. Preaching the benefits of pyrodiversity is straightforward. Translating it to meet the dynamic realities of our crowded, changing planet is far more difficult. And that’s why the Concow Pyrodiversity Project is so important. It’s a starting point. Ultimately, it could provide a road map for other land managers to incorporate pyrodiversity into their megafire-prevention efforts.

Similarly, Australian officials have begun rewriting the fire-management script following the 2020 bushfires. They are building pyrodiversity into their plans, along with indigenous cultural burning efforts refashioned for the twenty-first century. Their goal isn’t to prevent all fire, but to use a variety of fire types to create a landscape that is more resilient against high-severity infernos that cause so much damage.

“All of these forests are going to burn at some point, and we have some choice in how they burn,” said Knapp. “We need to think about fire in a whole different way.”

Carrie Arnold is a freelance science writer whose work has appeared in The Washington Post, Scientific American and Slate, among others. She lives in Virginia. 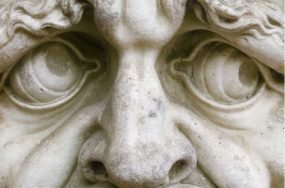 Not at all, researchers find—evidence that casts doubt on the “finite pool of worry” hypothesis

A new, evidence-based method for calculating the cost of the switch suggests decarbonization is wildly cheaper than the status quo. 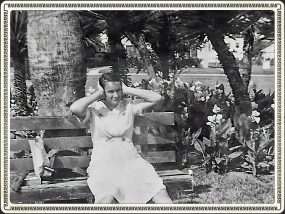 Survey respondents prefer solutions that target the producers rather than consumers of carbon-intensive goods.