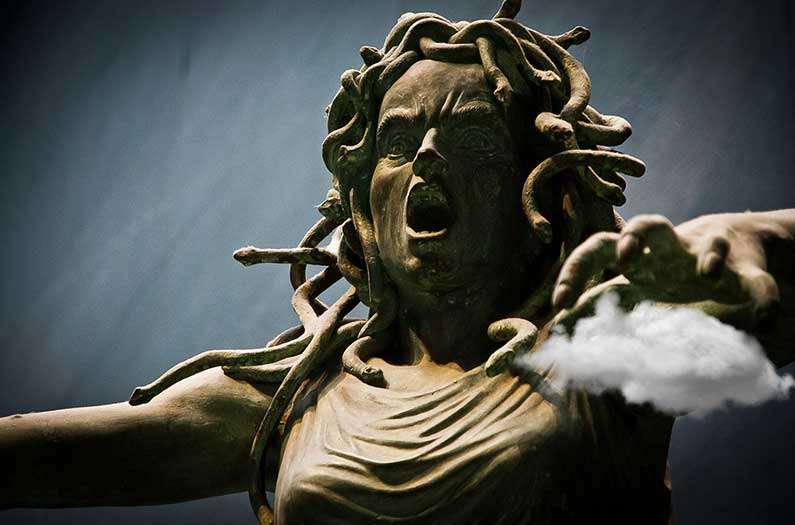 The commercially viable technique turns carbon dioxide back into solid carbon for building materials and other useful products.
By Prachi Patel
January 27, 2022

Researchers in Australia have found a way to convert carbon dioxide into solid carbon that could be processed into other products or stored safely. The advance offers a way to address emissions from cement- and steel-making and other heavy industries.

Even as renewable energy grows around the world, reliance on carbon-emitting fossil fuels is likely going to continue for a few decades. Plus, the intrinsic chemistry of certain industrial processes such as those used in cement-making also creates carbon dioxide emissions, making these industries difficult to decarbonize.

“Finding ways to capture carbon dioxide emissions is important if we want to limit global warming,” says Torben Daeneke, a professor of engineering at RMIT University who led the work published in the journal Energy & Environmental Science.

Several commercial carbon capture projects are already underway around the world. A large number of demonstration projects are also in the works. Most rely on injecting the captured carbon dioxide underground in geological formations. But, says Daeneke, “turning carbon dioxide into a solid, rather than sequestering it underground as a gas or liquid, is in our opinion important in order to avoid leakage.”

The RMIT team’s technique relies on a chemical reaction between the greenhouse gas and a metal alloy that stays liquid around room temperature. It is a reaction they reported before, but they have now “significantly simplified the process and designed it in a way that is compact and clearly scalable,” Daeneke says.

They heat the liquid metal in a tube to between 100–120 degrees Celsius, and inject carbon dioxide into the vessel. As the gas bubbles up, it splits into carbon and oxygen within seconds, forming black carbon flakes.

The oxygen reacts with the metal to form metal oxide, which can be regenerated into liquid metal for reuse. “The process is energy intensive,” Daeneke says. “Nothing in life is for free.” But the process still makes sense in many scenarios, “and the heavy industry sector seems to agree with us.”

The technique should be adaptable for large-scale industrial application. Todays’ metal refining processes are used to handling molten metals, and liquid metal coolants are also used in nuclear power plants. And the metals that the researchers use are relatively common in the Earth’s crust.

Plus, the new technique might be an appealing investment for industries since it generates useful carbon. “Solid carbon is a valuable product that is used in many applications. Considering the large amounts that we expect to produce, we are looking at integrating the carbon in building materials. It can also serve as a starting point to synthesize a wide range of chemicals.”