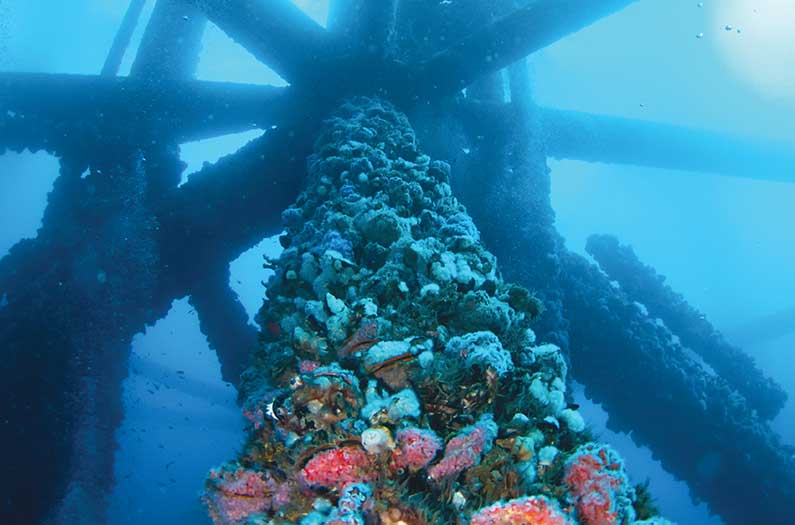 In 2014, marine scientists at the University of St Andrews in Scotland undertook a pioneering study to examine the behavior of gray and harbor seals in the North Sea’s sprawling wind parks. From onshore laboratories, the researchers followed seals marked with GPS tags in the vicinity of wind farms off the Dutch and British coasts. Their findings astounded them: within the parks, seals swam in grid-like patterns from turbine to turbine, stopping regularly to feed around the masts.

One of the scientists, Dr. Deborah Russell of the Sea Mammal Research Unit of St Andrews, says, “This was the first evidence that marine mammals preferentially used an offshore manmade structure to forage.”

The Scottish team’s discovery that some sea life gravitates to wind-park waters to feed turned on its head the orthodoxy about offshore wind parks’ singularly deleterious impact on nature. For years, conservationists had accused sea-based wind turbines of killing birds, confusing dolphins, and crushing seafloor aquaculture. But the Scots’ research—since followed up on by scientists from Germany, the Netherlands, Belgium, and Denmark—reveals that wind parks can protect and even nurture a range of marine life, including the likes of the European clawed lobster, brown crabs, and harbor porpoises as well as threatened species such as North Sea cod and gray seals.

“This is very positive,” says Frank Adam, a wind-power expert at the University of Rostock in Germany. “Wind parks are a protected place for fish, crustaceans, and other species.”

The Scottish team’s discovery that some sea life gravitates to wind-park waters turned the orthodoxy about offshore wind parks on its head.

The North Sea is the site of this cutting-edge research because its shallow waters and windy coasts have hosted modern turbines for twenty years—longer than anywhere else in the world. During this stretch, northern European wind farms in the waters of half a dozen countries have been off-limits to the fishing industry, which is barred from the parks for security reasons. Shipping traffic, another adversary of marine life, is also banned from entering wind parks. This has enabled the parks’ underwater environs to develop unviolated by watercraft and the trawling nets that rake seafloors clean.

Moreover, the turbines’ seabed foundations, bolstered by rock piles around the masts, function as artificial reefs upon which flora and crustacea thrive, which then are consumed by fish, porpoises, and seals. For example, according to researchers, a metric ton of mussels can grow on the foundation of a single mast. Marine scientists have found that these renewable-energy parks can serve as sprawling marine-life sanctuaries—a Kinderstube, or nursery, for underwater species, say Germans—some of them as vast as 80 square kilometers (31 square miles) in size.

The findings are highly relevant, as offshore wind power will be built out dramatically in the near future—in Europe and globally—in order to meet the goals of the 2015 Paris Agreement, which strives to keep global temperatures from rising above 1.5 degrees Celsius. According to the European Union’s long-term strategy, offshore wind will have to expand twenty-fold in capacity: from 25 GW (2018 level) to 450 GW in 2050. According to the International Renewable Energy Agency, an intergovernmental organization supporting sustainable energy, wind power around the globe needs to surge forty-fold by 2050 (from 2018 levels) to hit the Paris goals.

Until now, this huge prospective jump has largely been one of grave concern for conservationists. Planting the giant steel piles into the seafloor destroys part of the seabed and disperses sediment, both of which disrupt marine ecosystems for surrounding kilometers. Vessels employed for surveying and installation procedures often collide with marine mammals, sea turtles, and fish. And once in place, noise and electromagnetic fields can distract larger fish for the length of the turbine’s productive life. When decommissioned, the masts embedded thirty meters in the sea floor must be removed or replaced (a dirty, expensive procedure, as exemplified today by the dismantling of oil and gas rigs in the North Sea.)

A metric ton of mussels can grow on the
foundation of a single mast. 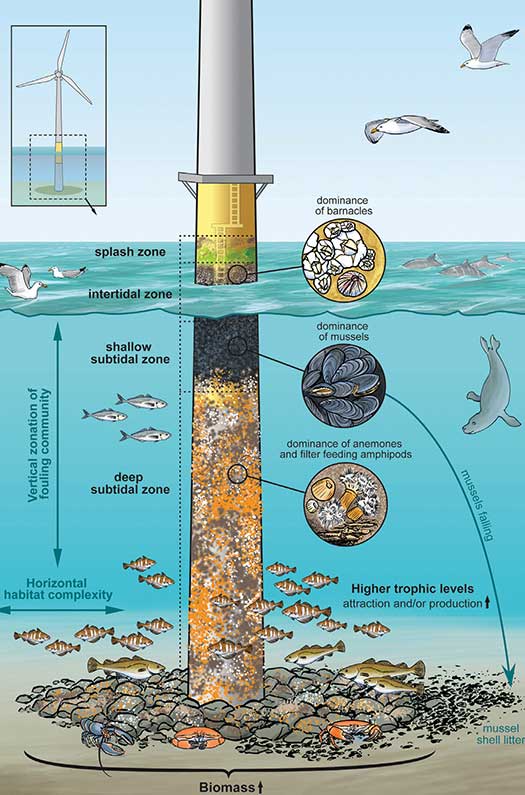 But an ever-larger quantity of multi-national research, some of it still ongoing, reveals that the sheltered marine space could actually be crucial to rejuvenating fish stocks, shellfish populations, and mammals. Wind parks could benefit the natural world—in ways beyond the generation of zero-carbon energy. The North Sea’s population of gray seals, for example, has grown steadily in recent years, a comeback aided by the 30 wind parks in the North Sea.

The Scots’ work coincided with findings that harbor porpoises, a highly endangered species, tend to gravitate to wind parks in Dutch waters, either for purposes of protection or to feed on the gobies, herring, and sand eels that flourish there. The parks are, for the porpoises as well as the seals, rich feeding grounds.

In Germany, Vanessa Stelzenmüller, a marine biologist from the Johann Heinrich von Thünen Institute, has tracked schools of North Sea cod off the diminutive archipelago of Heligoland, about 80 kilometers north of the port city of Bremerhaven. Her laboratory, a German-owned wind park of 80 turbines, generates enough electricity for about 320,000 homes.

The North Sea’s cod, heralded by fish lovers for ages, has been so dramatically overfished that environmentalists feared the cod population was doomed. The sea’s warming waters, due to climate change, are another factor contributing to the stock’s plight, says Stelzenmüller. However, not only are cod living in the park today, but “we found their condition was better than that of those cod outside the park,” says Stelzenmüller. Recently she and her colleagues ascertained that cod were breeding there, too. “It is remarkable,” she says, “that even despite the warmer waters in the southern North Sea, the habitat in the wind parks there suits them better than in the colder northern reaches of the sea.”

A European delicacy, the clawed lobster, is yet another beneficiary. Before World War II, fishing fleets extracted tens of thousands of them each year from German North Sea waters. But heavy British bombing decimated their numbers, devastation from which they never recovered. When marine scientists released 2,500 baby lobsters in and around the rock-covered foundations of a North Sea park in the German Bight, they didn’t know what to expect. Three years later, the lobster population had grown into a healthy community of adult lobster that are larger in size than farmed lobster.

The European flat oyster, another species overharvested to the point of extinction, is now being cultivated beneath North Sea turbines north of the Netherlands —a project funded by the EU as it looks into alternative uses of wind farms.

Brown crabs and mussels seem to multiply in the buffer zones with no assistance at all—and have drawn the attention of the fishing industry, which until recently had seen the wind parks as nothing but a hindrance to their business. The fishing companies are now eager to expand pilot projects in Germany that place aquaculture farms in wind parks. European sea bass, haddock, blue mussels, and the Pacific oyster are considered, among other species, candidates for farming ventures. Russell of the University of St Andrews says that the North Sea’s wind parks could create a vast network of marine protected areas.

Yet the impact of the massive expansion of wind power expected across the world’s seas could present unforeseen challenges for the natural world. Floris van Hest of the Dutch NGO Stichting De Noordzee, which advocates for the sea’s protection, suggests that a North Sea with many times more turbines could be another story entirely, with many questions yet unanswered.

“The cumulative impact of so many turbines bears another quality of systemic risks,” says van Hest. How will birds slalom between oversized parks, he asks? Or porpoises steer clear of multiple construction sites? Could parks host invasive species that wreak havoc on the sheltered ecosystems?

Wind farms can benefit nature, van Hest admits. But the case of wind power’s proponents, he warns, is no more open-and-shut than that of their detractors.

Paul Hockenos is a Berlin-based writer whose work has appeared in The Nation, Foreign Policy, The New York Times, The Atlantic, and elsewhere. He has authored several books, most recently Berlin Calling: A Story of Anarchy, Music, the Wall and the Birth of the New Berlin. 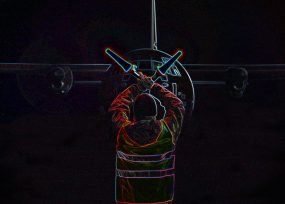 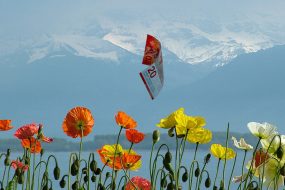